The Derry squad have targeted promotion since the start of the year. 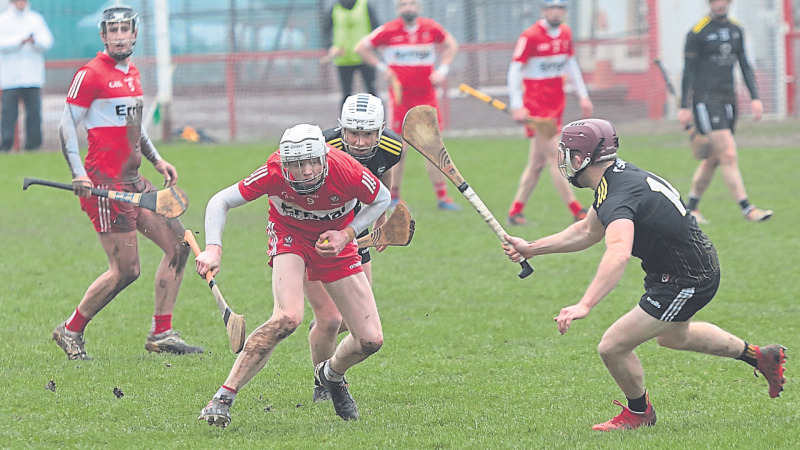 Derry's Darragh McGilligan in action against Sligo in this year's league game at Celtic Park.

Derry hurling manager Dominic McKinley says his squad deserve the higher profile that comes with second-flight hurling ahead of their Division 2B final against Sligo this weekend.

The Oakleafers will travel to Ederney, in west Fermanagh, in search of a victory that would see them play in Division 2A next season. (Croke Park had not confirmed the venue/time ahead of going to print.)

Despite injuries to Eamon McGill, Richie Mullan and Tiarnan McHugh, Mc Kinley says the squad have shown the right application and appetite for the challenge.

“It's very important that Derry get up, maybe even more important than the Christy Ring or any of those competitions,” he told the County Derry Post.

“They need up there for the profile the players all deserve. Derry have as good a set of players as you would get anywhere, and they deserve to be at that higher level.

“For whatever reason, they are where they are, and results don't tell lies, so it's important we get up there for their sake as well.

“They work extremely hard, but you still need to get things right on the day.” 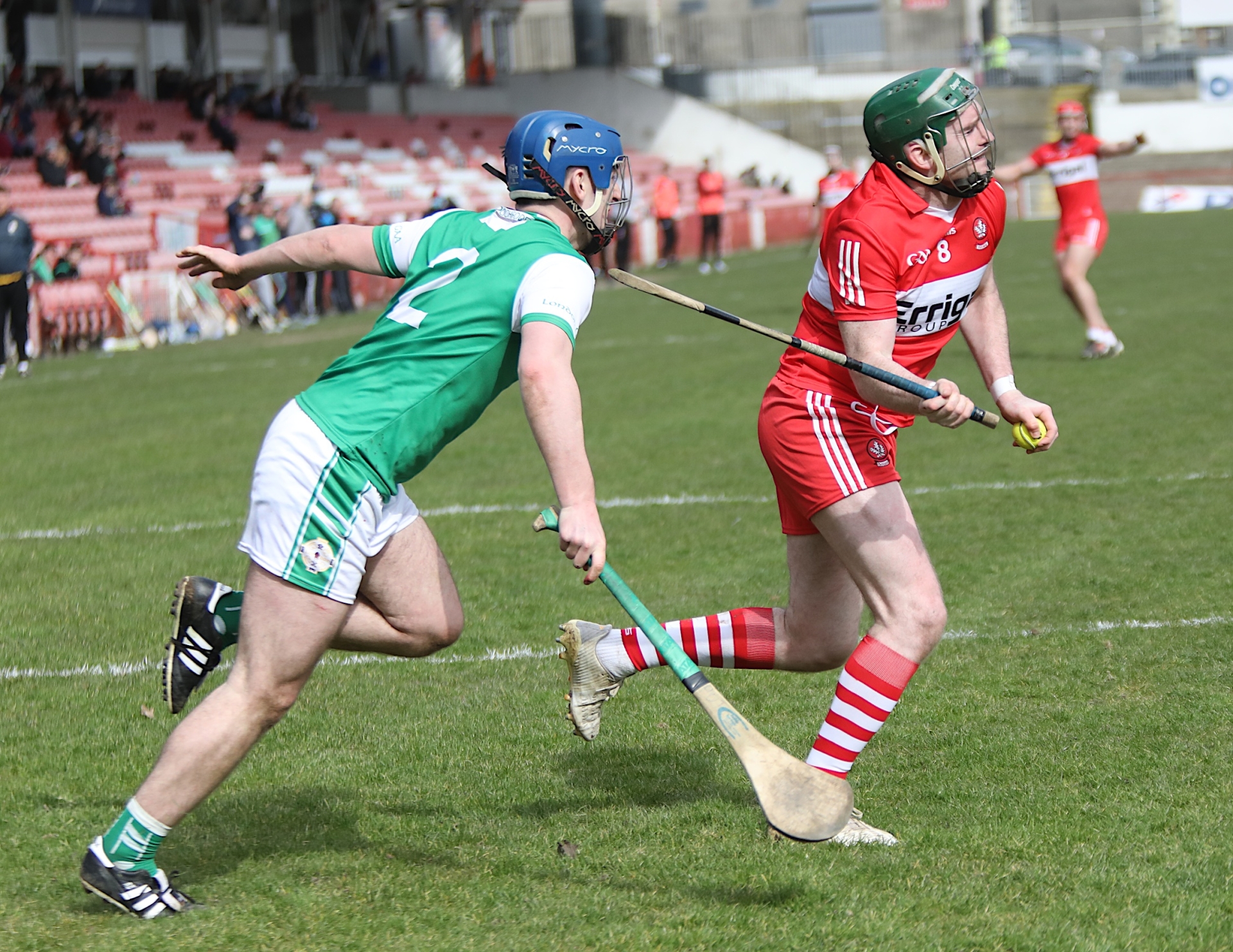 Gerald Bradley in action against London. The Oakleafers have a 100% record in the league so far. Pic by Tom Heaney/nwpresspics.

So far this season, they have done. Derry have a 100% record in league competition so far, with the highest scoring total (134) and lowest concession total (70) in the division.

Top-scorer Cormac O'Doherty – rested for the win over London – has notched 0-33, while Déaglán Foley (1-13) and Odhran McKeever (2-6) have also been scoring at will.

Derry have registered an average of 27 points per game, and conceded only 14, while their average winning margin is 12 points.

Bringing that average down considerably is the result in the opening league game against Saturday's opponents Sligo.

The three-point win at Celtic Park was the most narrow of Derry's victories during the campaign, and Sligo have continued their good form.

The Yeats men secured a final place with a magnificent second-half display to edge out Donegal at O'Donnell Park last weekend.

A goal from man-of-the-match Andrew Kilcullen set the tone as the young side – ten of whom are still U21 – pulled away with two points in the closing stages to seal a final spot. 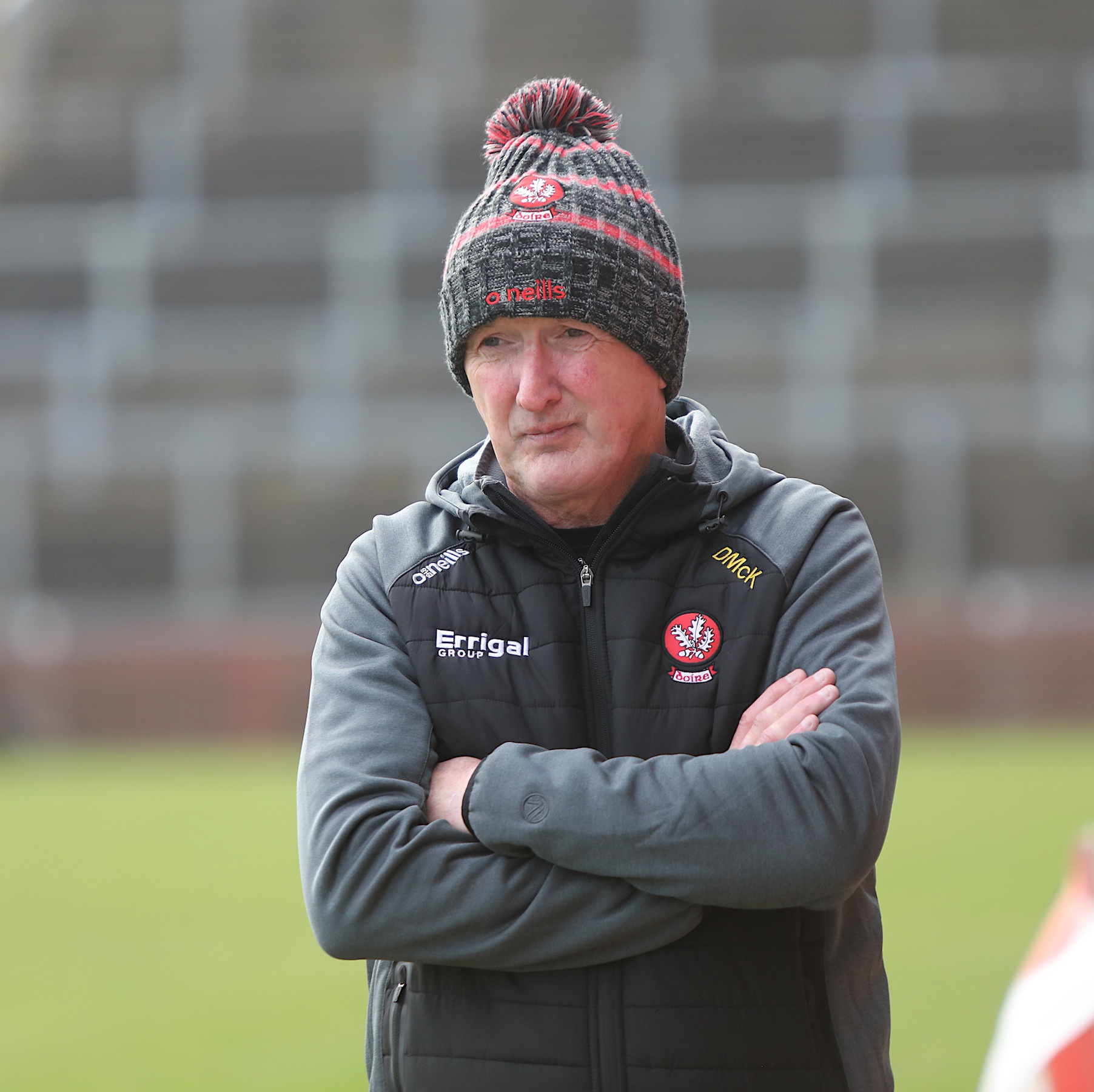 Dominic McKinley said his side will have the utmost respect for their opponents.

“Sligo have won two promotions in a row and are going for a third,” he said.

“They plan well and they have good management, so we'll approach it with caution. It was a very rumbly day when we played them in Celtic Park, and the pitch wasn't great.

“The pitch will be faster this time, it will be sped up a lot. It will probably suit both of us, because we both like to play ball a certain way.

“We'll go out and perform the way we can, we won't go too much into detail or overdo it, because it's very important to concentrate on the way we play.

“If we can get our game-plan together and hurl the way we can, we'll see where it takes us.”

Two years ago, Derry – under then-manager John McEvoy - lost out in the Division 2B final against Down.

This weekend, Ronan Sheehan's side will take on Westmeath in the Division 2A final, before embarking on their maiden Joe McDonagh Cup campaign.

Dominic McKinley says his Derry side are keen to emulate that springboard taken by the Mourne men.

“We have objectives the same as Down or Antrim, or anybody else. This group of players wants to get as high up the ladder as they can,” he said.

“The first thing you need to do is create the environment for that, getting players all working in the same direction, being honest and committing to each other.

“Last year, really we questioned anything we did, if it was worthwhile to stay on, because we hadn't got enough players basically.

“I always think anybody can go in and do the job if the proper players aren't turning up, so we targeted that this year.

“The players are all there, working hard and committed, and hopefully they can get the first part of their just rewards on Saturday.”

'Lessons to be learned' from Meath game, says Derry manager