The marquee forward has been ruled out of Sunday's clash with Galway. 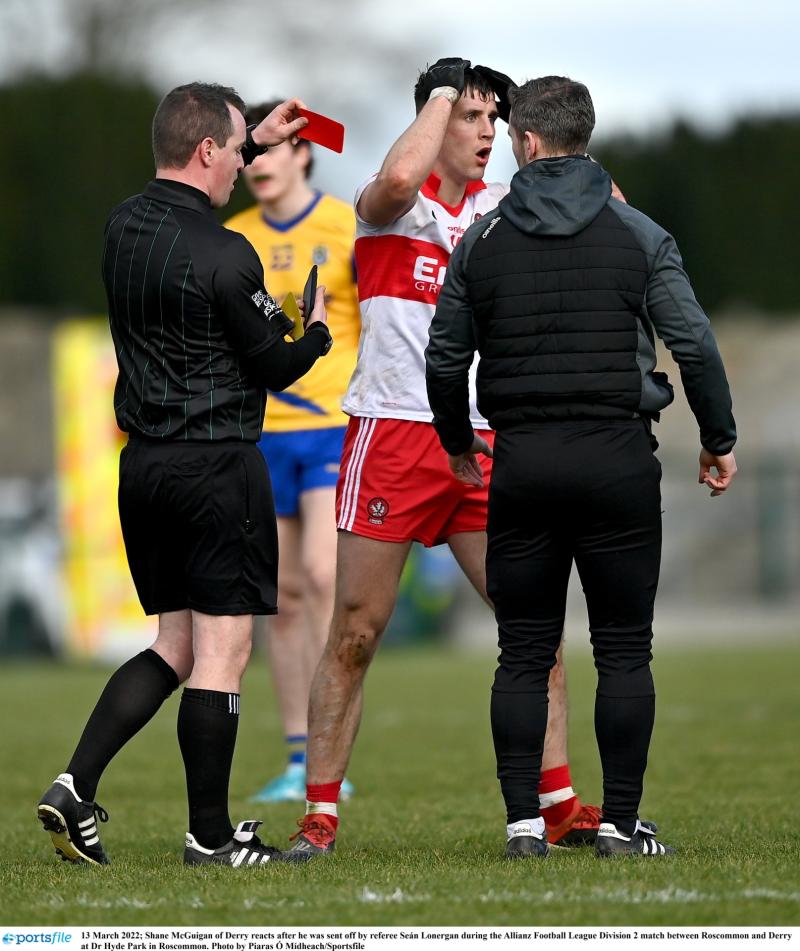 Shane McGuigan reacts to his sending off on Sunday. Pic by Piaras Ó Mídheach/Sportsfile.

Derry’s NFL promotion hopes have been dealt a major setback following a suspension for their talisman Shane McGuigan.

The Slaughtneil player, Derry’s top scorer this season, was shown a second yellow card – one of 18 cards in total across the game - in the closing stages of Sunday’s draw with Roscommon.

Stack was issued with a black card and McGuigan with a yellow card that saw him dismissed and he was unable to take the last free of the game with the chance of Derry going home with a win.

McGuigan, who was visibly incensed by the decision, has been handed a one game suspension for a comment made after the incident.

Derry are appealing the ban, but if McGuigan is missing it will be a huge loss as they prepare for Sunday’s game with top of the table Galway at Owenbeg (1.00).

The Oakleafers, unbeaten in their last 12 league games, have Meath to play in their final game as they aim to return to Division One for the first time since 2015.