It was a busy weekend for the club's youth sides. 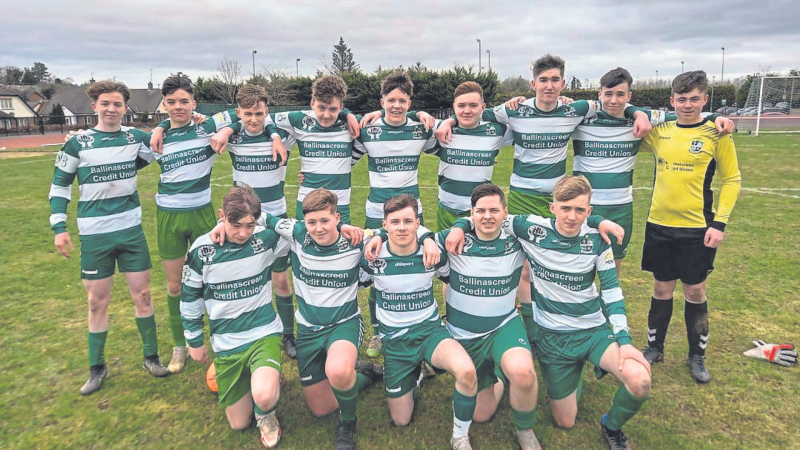 The first half was very weather beaten with the wind constantly pushing the ball back to DCs own half. The lads did well to hold Tristar at bay for a goalless first half.

A bad tackle on L Kennedy seen Tristar go down to 10 men. The second half started with the boys putting the pressure on Tristar.

A corner put in by P McKee met S Breen's head for the first goal. S Wilson was everywhere on the pitch and was brought down inside the Tristar box and awarded a penalty. G McBride took the penalty and put the boys 2 up.

Tristar had only a couple of shots but couldn't get past the young DC goalie D McMullan. S Wilson was man of the match for his hard work but none of the lads put a foot out of place a well deserved win. 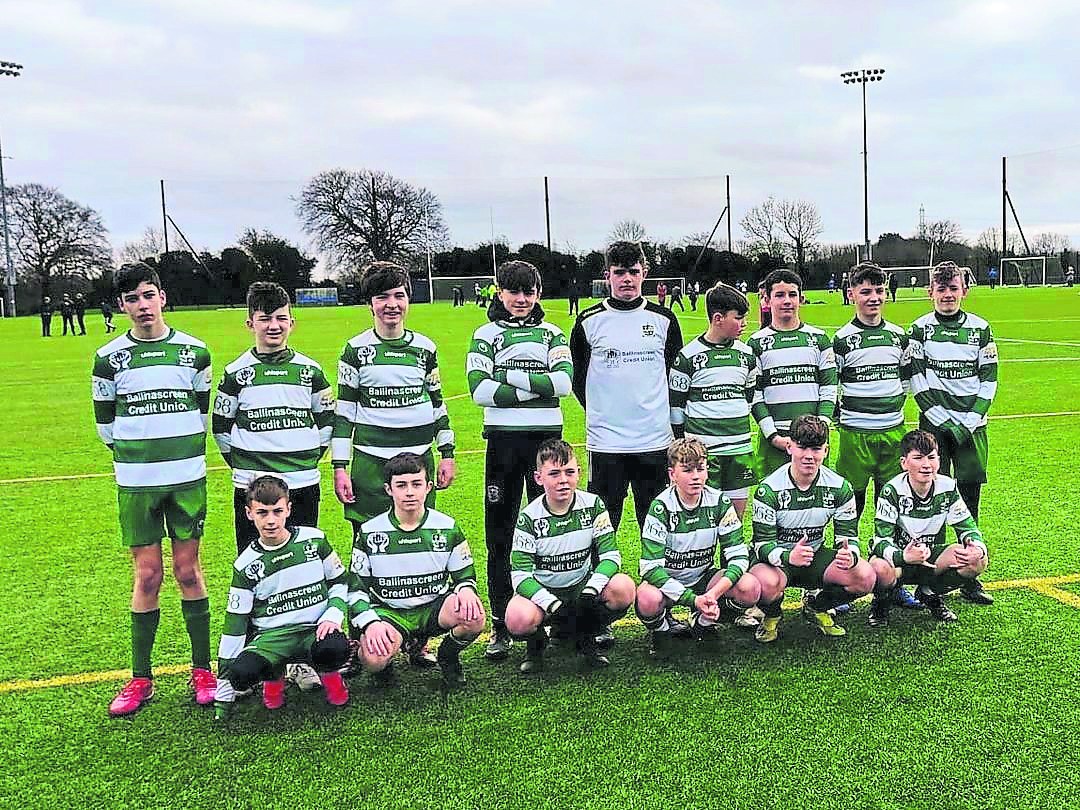 The 08s hosted Maiden City at a very windy Meadowbank this morning. Playing into the wind in the first half was always going to be difficult. Ten minutes in and Maiden City were awarded a free kick outside the box.

The lad struck it low and Diarmuid parried it and went to grab it but was impeded by the striker and the other Maiden City lad tapped it into the net.

The ref seemed to indicate a free out but then awarded the goal. The lads dusted themselves off and mounted attack after attack. On 13 minutes Ronan popped up to draw things level.

DC continued to press and Ronan got his second of the day on 18 minutes. PJ poached a third on 26 minutes. Half time 3-1.

The second half started as the first finished, on the front foot. Ronan completed his hat trick on 38 minutes and then added another two in the 49th and 52nd minutes.

Lead scorer Daultagh hit the net in the 44th and Paddy rounded off a good day on the final whistle. 8-1 final score. Excellent team performance 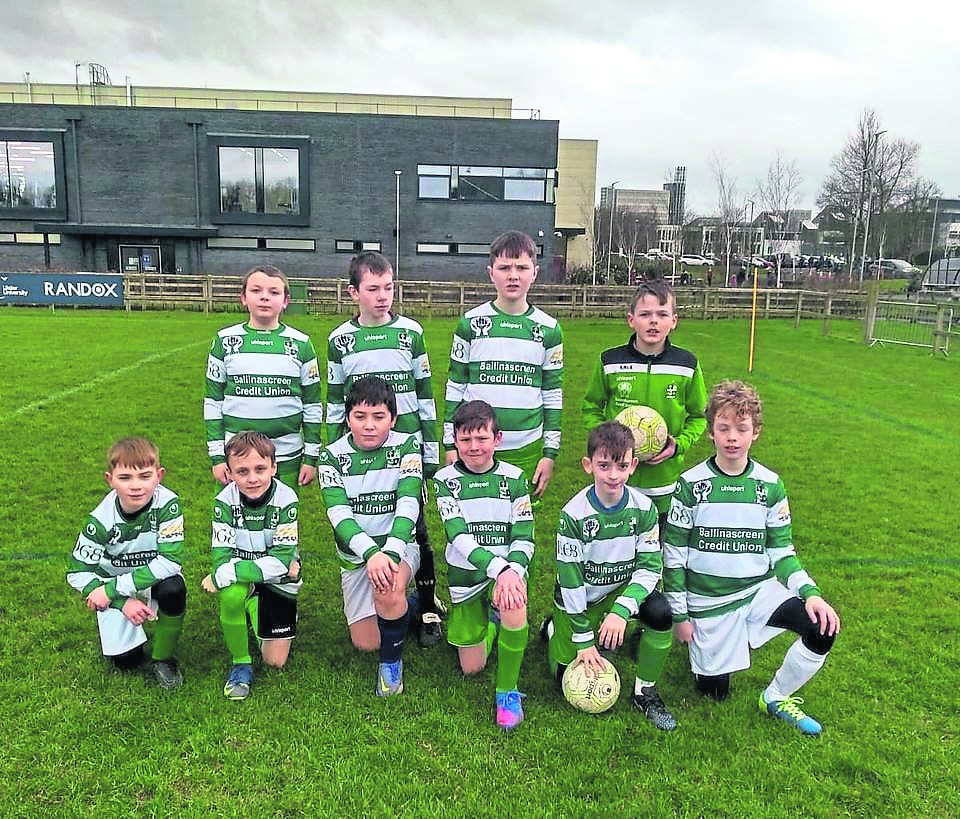 It was a shaky start for the 2010s against Star Utd, and after 10mins were happy to have only conceded the once.

Good work in this period by Brian in goals and the back 2 of Owen and the outstanding Caoilum allowed their team mates in front of them time to grow in to the game.

As the half wore on Ryan, Joe, Kyran and Ronan started to dominate in midfield and the chances begin to fall for Daniel and Connlan up front.

DC were well on top at this stage and this pattern continued as Matthew, Odhran, Rian and Fionn entered the fray and by half time the young Celts had hit the net 3 times.

The 2nd half continued much as the first had ended with DC enjoying the bulk of possession but also needing to wary at the back as Star looked dangerous on the counter attack.

All in all, it was another good performance by DC with some fine goals, the pick of which were Daniel's first, a drive in off the crossbar, and Rian's lob from the halfway line.

The 09/10 Diamonds fought a very tough battle against skillful Phoenix side over in St Mary's College this lunchtime.

After a shaky start, the Diamonds found their pace and began to demonstrate great elements of play whilst getting continuously hunted down by Phoenix.

Eirinn and Aimee assisted by newcomer Megan forged a sturdy enough back line, the midfield play was tricky as Kaitlyn, Kyla and Fionnuala found playing on the larger pitch tough to cover but managed many successful attacks to get the Diamonds out of trouble.

Aoibheann came in to tackle hard whilst the only goal scored by the Diamonds on this occasion came from Iona, just recently back from Illness and covered every inch of the pitch when she needed to.

Laoise had a few chances on goals but luck was not on her side today.

Thank you to the parents for supporting the girls and braving the winds that quite literally were blowing the goalposts over. 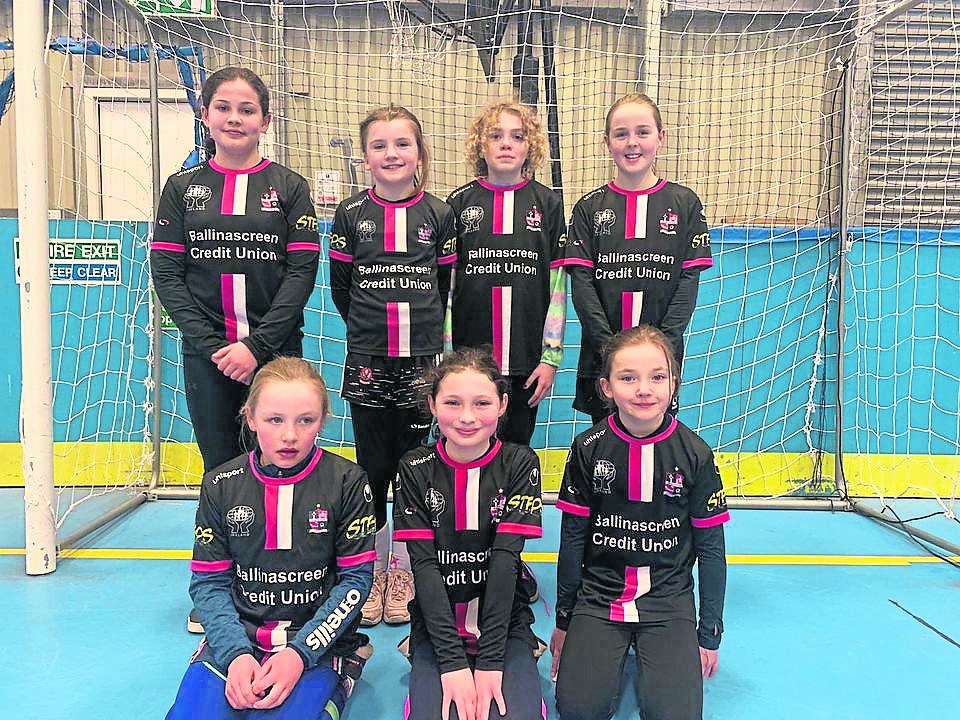 The young 2011 Diamonds started off strong at their first ever Futsal game in MUSA on Friday night. Olivia popping in the first goal, quickly followed by another.

Kesha commanded a very strong defensive role throughout all play, any balls that did manage their way past where met with the quick reflexes of Una in goals.

Eimear’s confidence grew to see her push her way into the challenges that came her way. Shonas defensive work-rate helped keep the young Diamonds pushing forward. Cookstown managed a goal to leave it 2-1.

Lucy covered plenty of ground up front which paid off as she took her chances to score another 2 for the Diamonds, spirits were high and faces were red.

After a wobbly start from first timer Bronagh, she mustered up the courage to give it a try and she seemed to get to where she needed to be, proving that pushing through your fears reaps great rewards.

Thank you to the parents and guardians for making it happen for the girls and thanks to the coaches for their time.

Debuts by Kesha, Una and Bronagh. 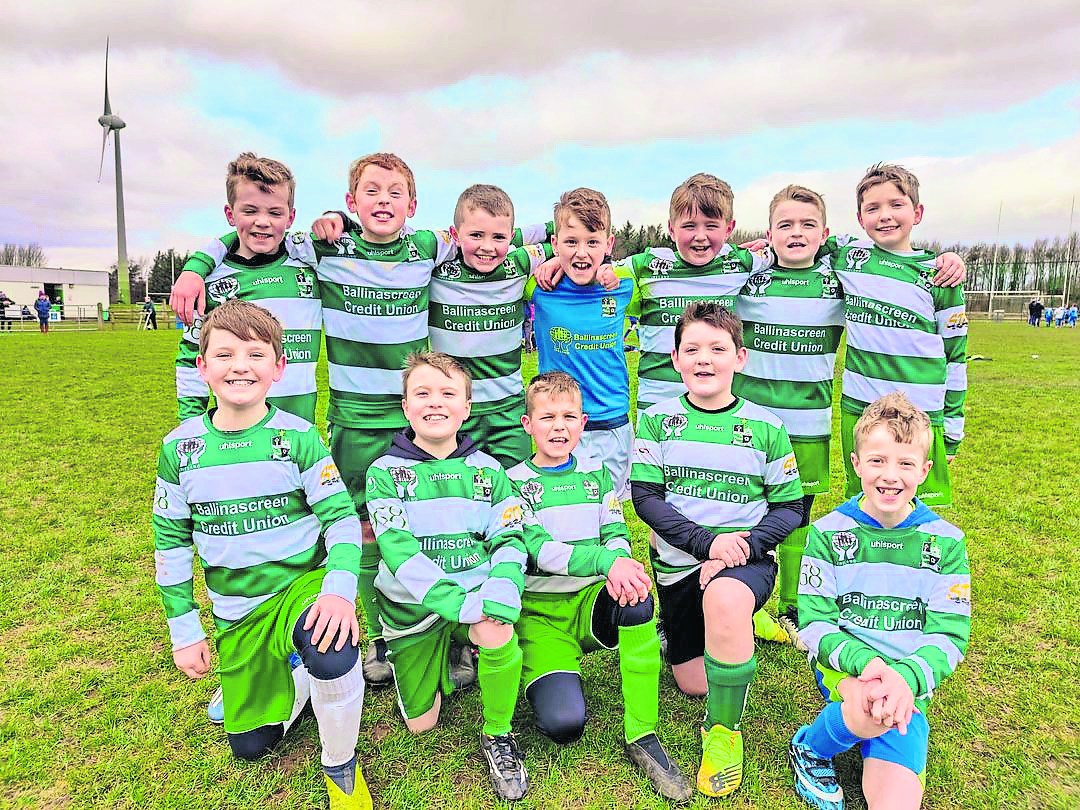 A windy morning at Coleraine brought with it an eventful game for the 2011s.

After a scrappy start to the match and a few missed half chances for DC, Riada scored. DC forced the pressure and duly equalised through Aodhan after good work by Ethan M.

Riada got themselves a corner late on, and scored it with the last kick of the half to make it 2-1.

DC started on the front foot in the second half with a number of missed opportunities including a few cleared off the line by the Riada defence.

Riada scored a 3rd with a long range effort that unfortunately sailed over Charlie's head. The lads upped their game again, playing on the front foot and deservedly got back into the game through Ethan M. Shortly after, Aodhan scored his second and DCs deserved equaliser.

Great effort from all the squad today, got their reward in the end. 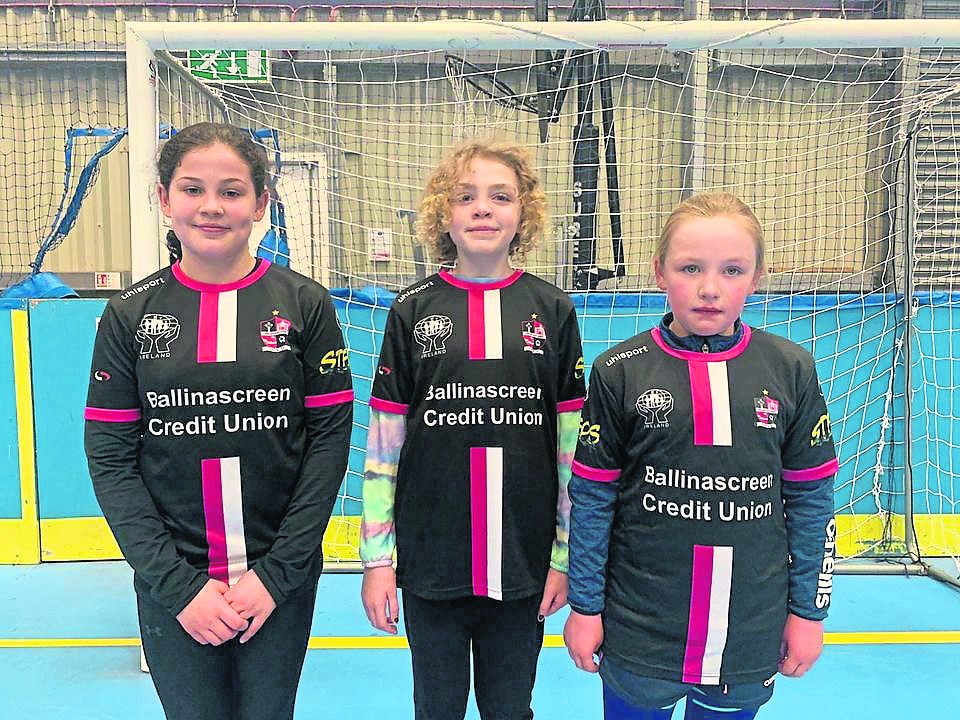 Debuts for Draperstown Diamonds Kesha, Una and Bronagh at the weekend.

2012/13s Diamonds went to the Foyle SSG on Saturday morning and had the upper hand against newcomers Newbuildings at St Marys College.

The Diamonds took advantage of their experience to pop in plenty of goals. The Diamonds played a range of positions and continued to perform well.

The wind was against them at times but this didn’t seem to trouble them. The Girls did a fine job, plenty of nice football.

Thanks to the parents/guardians for their support on such a blustery morning.

The 2013s boys were playing futsal against Moyola at MUSA, Cookstown on Friday night. A whole lot of goals scored by both teams.

Coaches lost count but think we came out on the other end of a 10 - 11 scoreline! Great performances by the boys. Well done to you all and thanks to all the coaches and parents involved.