Institute receive squad boost ahead of weekend trip to Ards 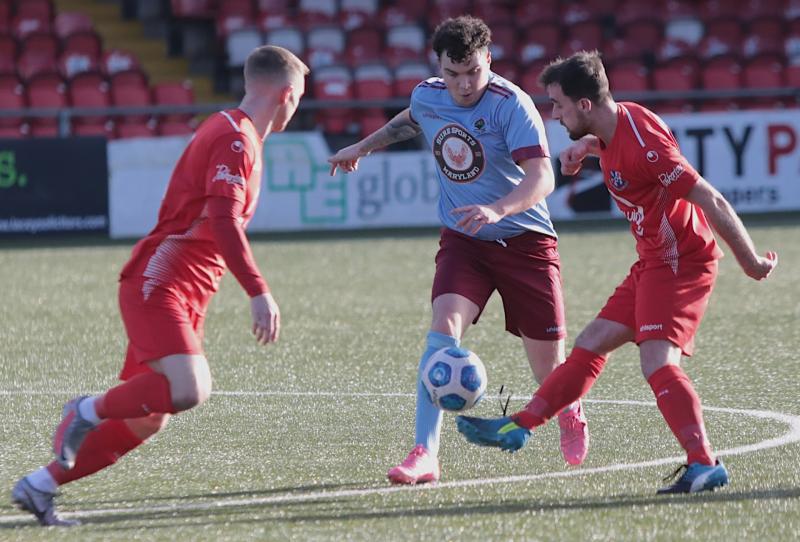 Brian Donaghey is hoping that the return of three big hitters to his squad will provide a timely boost to his team in the coming weeks, starting with the trip to Ards tomorrow night.

There has been a slow but steady rebuilding process taking place at ‘Stute since Donaghey’s arrival, with the January transfer window seeing several new faces to the club.

While results continue to be a mixed bag, performances have noticeably improved, and now the manager hopes that the return of players like Liam Walsh, Cormac Burke and Stephen Doherty will help take his team from positive performances to positive results.

“That’s three top players in this division and it strengthens you all over the pitch,” he explained.

“Against Loughgall when we were able to bring on Benny McLaughlin and Jamie Dunne, who are seasoned Championship players. I’m not looking at 15, 16 or 17 year olds, now we’ve a wee bit more beef about our squad.

"We look a more complete squad now and the 18 will be vying for them positions and they will be put under even more pressure hopefully by the three lads returning this week. I can see light at the end of the tunnel thank God.”

Last Saturday was an incredibly frustrating day for ‘Stute as they lost 3-2 to Loughgall in a game marred by the controversy of a first half penalty missed by Gareth Brown. Brown, Donaghey and everyone involved with ‘Stute claimed the ball had crossed the line before spinning back out, an to add insult to injury, Loughgall then took the lead against the run of play.

"The penalty incident was a massive moment in the game, and Donaghey believes it changed the picture psychologically for both teams.

“The switch in mentality changes completely and they get a goal out of nothing and it galvanises them, while we’re thinking we’ve missed a penalty and we’re one nil down despite being so far on top,” he said. “I thought we gave a good performance in the second half.”

“I can take a lot of positives from the game. It’s not too often in defeat you can take positives but we were much better at the Brandywell than we’ve been in a while. I have told them to keep their heads up and if we galvanise and we stick together then we’ll definitely accumulate points. We can’t keep creating that many chances and not win games.”

One of the positives Donaghey is speaking of was certainly the performance of youngster Caolan McLaughlin, who is on a short-term loan deal from Derry City. McLaughlin led the line in the game and scored his first goal for the club with a terrific finish to make it 2-2.

“He did very well,” Doherty agreed. “It’s probably not his game but even in the second half he linked up well and he was the focal point and was something for us to hit. I’m glad Caolan got a good 90 minutes under his belt and that will hold him in good stead too because he hasn’t played a lot of games. He is getting better week after week to be fair to him.”