Return to Derry was right decision for me - Michael Duffy 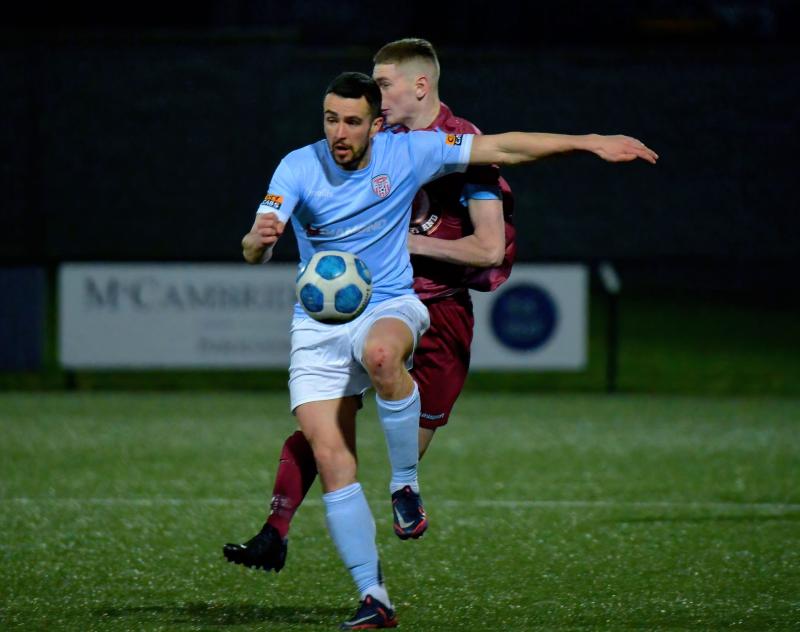 HE'S HERE!... Michael Duffy is back at Derry City at long last.

Michael Duffy's stats at Dundalk were absolutely sensational but he still wants to better those incredible numbers at Derry City.

The 27-year-old was one of the star performers at Dundalk for a number of years, with fantastical numbers in his 211 games for the Oriel Park side.

Despite that unbelievable return, Duffy remains as ambitious as ever and wants to not just replicate, but beat those achievements with his hometown club.

"Instead of me coming back at the end of my career, it's better to come back now because I want to win stuff," he explained.

"I'm only 27 and I still have my best years in me so I want my good years to be here. Those stats are within five years and I know it's a big ask, but I've signed for four years here and I'm going to try my best to beat those stats. But I wanted to come here and my main goal is to be lifting trophies at the end of the year."

Duffy was linked to a return to the Brandywell on countless occasions over the years, and it has finally happened. A visit to the ground towards the end of last season gave him a preview of just want the new stadium can be like on match day.

"It's completely changed," he agreed. "The pitch and the new stand is brilliant and it looks the part. I was up at the Sligo game towards the end of the season and it was packed here. There was just a good buzz around the place and it looked class and I'm sure the players loved it when they were playing. That's what you want, you want a packed stadium when you're playing and I just can't wait to get playing here in the Derry colours.

"I always wanted Derry to do well, except when we played against them and I really wanted to beat them," he laughed. "Since I left to go to Scotland I have always been a supporter. It's good that we're back now and we'll be trying to do well for the team every week."

As fate would have it, Duffy's first competitive game on his return to Derry City could well be against Dundalk at Oriel tomorrow night. Should he play, he is almost certain to get a good reception from the fans.

"I think the fans understood my decision," he said. "The situation down there wasn't great really and it's my home town and I got offered a great deal here and things are looking positive here. I made the decision and I think it was the right one for me.

"Since Ruaidhri came into Derry he's got the performances and with the fans coming back I feel there's a bit of a buzz here again. Ruaidhri and Philip spoke about their fans and what they want to achieve in the next few years and that's exactly what I want achieve. It just came at the right time."