Derry City and Strabane District Council have celebrated their success. 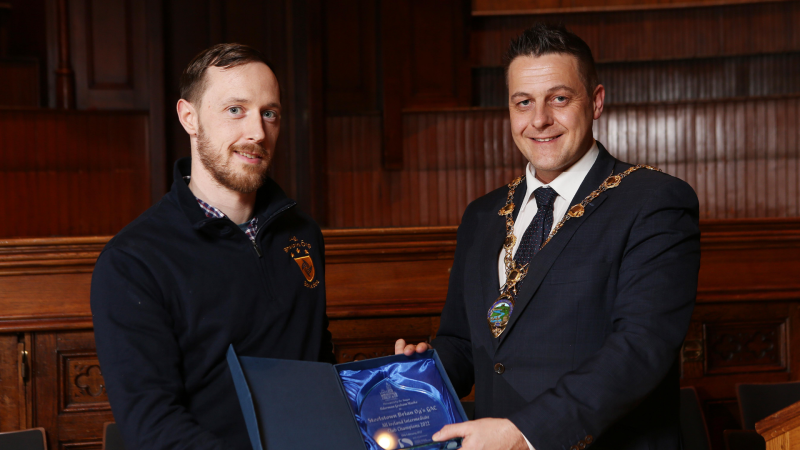 Mayor of Derry City and Strabane District Council, Alderman Graham Warke, hosted a reception in the Guildhall on Tuesday to mark the success of Steelstown Brian Óg's in winning the Derry, Ulster and All-Ireland championships.

Mayor Warke welcomed the players, management and members from the Ballyarnett club and spoke about the historic achievement of the team.

"It was a pleasure to host Steelstown for a reception to mark what has been a really special season for not just their club, but the city and the wider north west as well.

"Their success in this past season has been incredible, and I was delighted to meet a lot of the people involved - from the players to those behind the scenes - to congratulate them on behalf of our district. 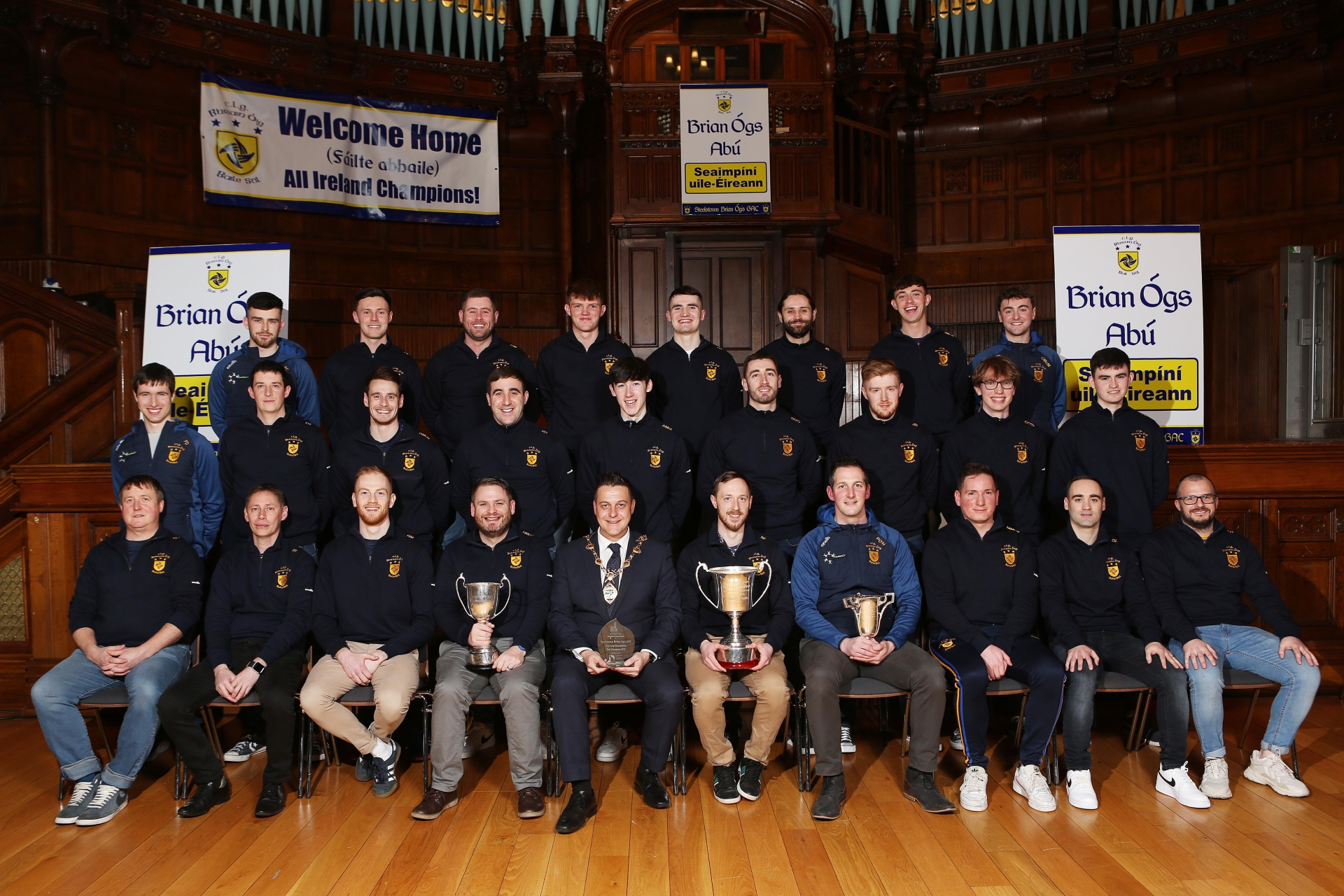 The Steelstown squad who won Derry, Ulster and All-Ireland titles.

"I want to wish everyone at the club well and hopefully there will be plenty more trophies ahead!"

The team's captain, Neil Forester, received a bespoke piece of crystal on behalf of the team from the Mayor as an appreciation of all of their achievements.

"We're slowly trying to get our heads out of the clouds because it has been a real whirlwind of a week. This is a lovely occasion and a cherry on top to soak everything in that we have achieved," said Neil.

"Council and the Mayor have been fantastic in holding a reception for us and acknowledging everything that we have achieved this season, and in the past as well.

"It was amazing having a lot of committee members, past chairmen and secretaries, and a few founding members at the reception.

"They're people who have given absolutely everything to the club. They deserve to have the lights shone on them and it's nice for us as a team too."

Steelstown manager Hugh McGrath said it was a special feeling to be recognised by the Mayor and the Council.

"Everything that happened on the day and the days after is fresh in the memory. It's a really positive memory to have and hold on to.

"For us it's something that can never be taken away from us and it's great to be acknowledged in places like the Guildhall – the history that is within it and within the office of the Mayor," said Hugh.

"For people like him to acknowledge what we've done, we're very proud of that. We have said all along how proud we are to represent our county, but most of all our city, and that's even moreso tonight when you see the spread that was put on for us.

"We're very lucky that about a decade ago when we got promoted to senior football we experienced a similar reception, and we want to keep building on this, to have more days like this, and to see other clubs in the city do exactly the same."

Club chairman, Paul O'Hea, added: "Since the final, people have been asking if we're down off cloud nine yet but we're not really because everybody you meet still wants to talk about it and we're really enjoying it.

"It's lovely to be asked into the Guildhall and to see so many past members of the club celebrating the team with the Mayor," he said. "It's brilliant to be there with three cups on the table because it's not something we're used to.

"It's nice to give the players and the management some recognition for what they've achieved because nobody else has done it before from this city or county – winning the All-Ireland Club Intermediate Football Championship."

You can watch a video of the Mayor's reception for Steelstown Brian Óg's on the Mayor's Facebook and Twitter page.

All Ireland champions welcomed back on Monday night as hundreds turned out see their heroes.
ADVERTISEMENT - CONTINUE READING BELOW