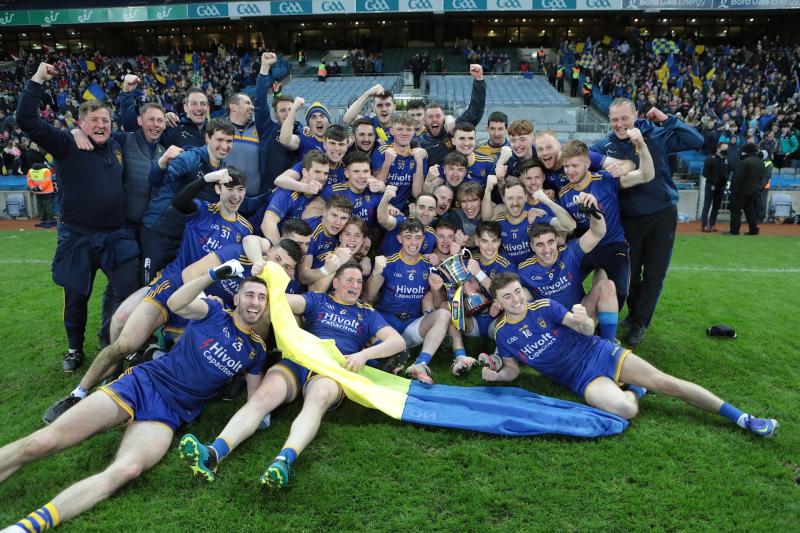 Steelstown Brian Ogs are the All-Ireland Intermediate football champions for the first time after a dominant display at Croke Park against Trim.

Despite conceding a goal just three minutes into the game and despite playing almost half an hour with 14 men, Hugh McGrath’s team surmounted all odds, just as they have done throughout this incredible run through Derry, Ulster and now Ireland.

The Meath champions came into this game on the back of 20 successive victories, but they never looked like catching the utterly dominant Brian Ogs, who scored three goals trough Cahir McMonagle, Ben McCarron and Emmett Deane after going down to 14 men following a red card to Eoghan Concannon.

Steelstown led 0-11, 1-2 at that stage, but if Trim thought they had a sliver of hope they were quickly reminded of the Derry side’s attacking prowess, with Brian Ogs going straight onto the attack and winning a penalty which McMonagle planted into the top corner.

The attacking display after that red card was phenomenal from Steelstown and McCarron lit up Croke Park with an outrageous finish on his left foot, to leave Trim dazed.

The Meath side pushed men forward as time ran out and that left space for McMonagle to set up Deane who fisted the ball into the net to seal the victory.

This amazing Steelstown Brian Ogs team have won the lot!

See tomorrow’s Derry News for all the action and reaction from an historic day at Croke Park!