The Galway Rally will get the season underway. 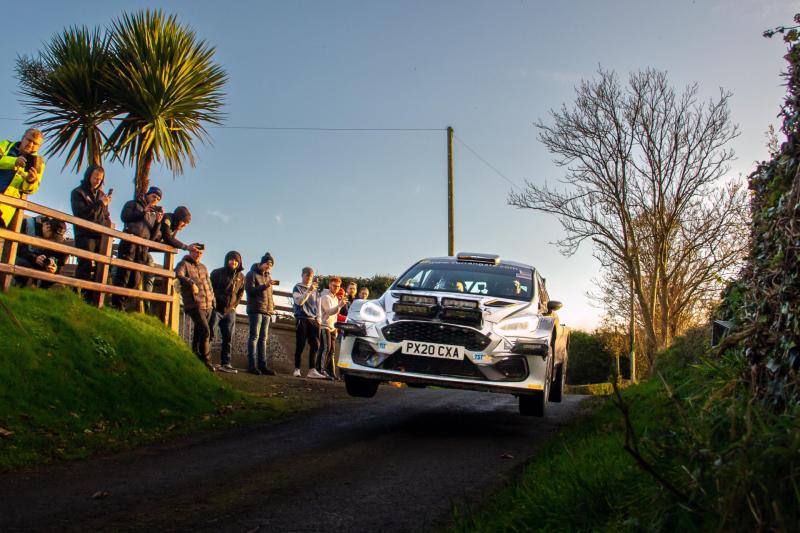 County Derry’s Callum Devine will start his first full assault on the Irish Tarmac Rally Championship on February's Galway International Rally. Ireland's leading motorsport series is Devine's priority in 2022 having spent the past two seasons in the European Rally Championship.

Galway's two-day event marks the Irish Tarmac Championship's return after a two-year break. The occasion has brought with it a string of Ireland's best rally drivers. Devine along with co-driver Brian Hoy are seeded in second position behind 2020 rally winner Alastair Fisher.

“The competition will no doubt be strong this year,” said Devine. “Just like it was in 2019 when Craig Breen was doing the Irish Tarmac Rally Championship."

Alastair [Fisher] always goes hard, and hopefully I won't be too far away either."I would be happy to see Matt Edwards over too, he is a top class driver with plenty of speed."

Devine and Hoy claimed three ITRC podiums in 2019 to grab third in the overall championship. Devine missed the season opener in Galway that time around which means this year will be his first time competing on the gruelling stages in four-wheel-drive machinery.

2016 was the last time Devine tackled the Galway International Rally. Driving an Opel Adam R2 he claimed a class win to kick start what was a successful campaign in ITRC's front-wheel-drive championship.

"It is always great to be rallying back home on these top class rallies that are right on our doorstep."I'm looking forward to Galway and hopefully I can get into the rhythm of the rally quick enough.

"I have gained good experience at this stage, in Junior WRC and ERC, to try out different events.

“But to be honest there is a lot to be said for rallying on proper Irish Tarmac stages.

“The craic is always good between the other crews and with the whole team throughout the rally weekend.

“I’m looking forward to getting at it again and competing in a full season if all goes to plan.”

Devine has had some time since the start of the year to enhance the performance of his Rally2 Fiesta on Ireland's unique roads. With 15 stages and 240 kilometres on offer, Galway will prove the ultimate test of speed, skill, and endurance as Irish rallying embarks on a promising 2022 season.

The Galway International Rally gets underway with nine stages on Saturday 5th February before six tests conclude the action on Sunday.