Smith is the seventh new arrival at the Brandywell 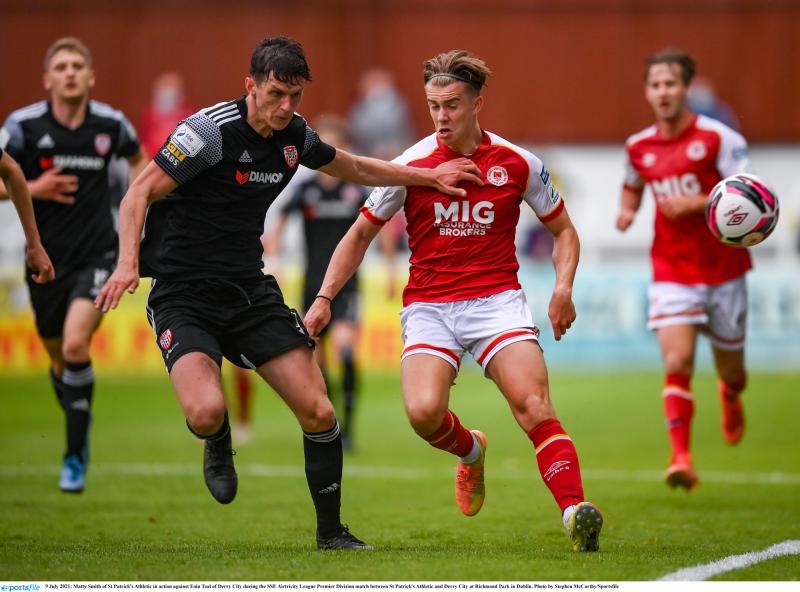 Matty Smith has said he is looking forward to playing in front of a packed Brandywell after joining Derry City on a two-year deal.

The Candystripes announced the signing of the former St. Patrick's Athletic striker this morning, the seventh new arrival overall.

The 24-year old began his career at his hometown club Dundee United before joining Waterford in 2020. He moved to Inchicore at the start of last year and was top goalscorer for St Pats as they finished second in the league.

City boss Ruaidhri Higgins was keen to add to is attacking options ahead of the new season and belieeves that Smith will fit in well.

“We are absolutely delighted to welcome Matty to the club", he said.“He will add to the exciting attacking options we already have here, and myself along with all the coaching staff are really excited to get working with him.”

The player himself said he was coming to Derry looking to compete for trophies.

“The club has brought in some quality players recently and along with the lads who were already there, it’s now a really strong squad. I am very impressed with what Ruaidhri is building here and I obviously worked with ‘Renny’ at Waterford and know how good a coach he is.”

‘I’ve been to the Brandywell before and even with few fans in you always knew you were in for a tough game. I’m really excited to be a part of this and am very much looking forward to playing in front of a packed house there.”