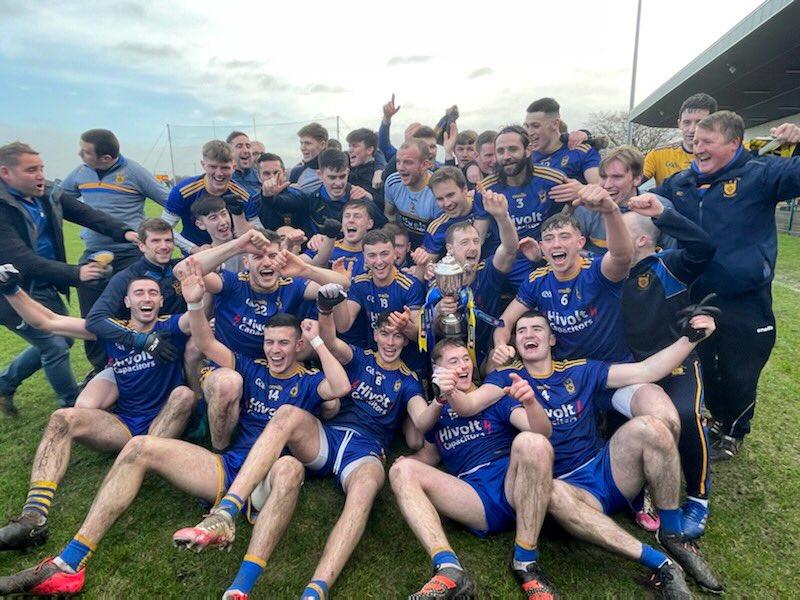 Steelstown Brian Ogs are the Ulster Intermediate champions after a determined second half showing to overcome Moortown at Owenbeg.

Hugh McGrath's team looked to be in some trouble as they managed just one single score in the entirety of the first half, and trailed 0-3, 0- at the break, having struggled to get through Moortown's blanket defence.

Peter Devlin hit each of Moortown's scores in that period, while Cahir McMonagle responded with Steelstown's first score on 21 minutes. But it was a frustrating first half for the Derry side who hit four wides as they struggled to replicate their usual free-scoring game.

It required a different type of skill in the second half and when McMonagle struck again just nine minutes in, Brian Ogs had hope.

Time continued to tick away but 22 minutes into the second period, McMonagle struck his third point, a real beauty to tie up the game at 0-3, and the travelling Steelstown crowd sensed the title was there for the taking.

With just minutes remaining, Emmet Deane first Steelstown into the lead for the first time, and when McMonagle hit his fourth point of the game soon after, the job was almost done.

Con Heron fisted the ball over the bar for Moortown's first core of the second half to make it a one-point game again, but in the dying seconds  McMonagle struck again, with the final whistle following shortly afterwards to confirm Steelstown Brian Ogs as the Ulster champions for the first time in the club's history.