The Derry champions defeated Lisbellaw in Omagh this afternoon. 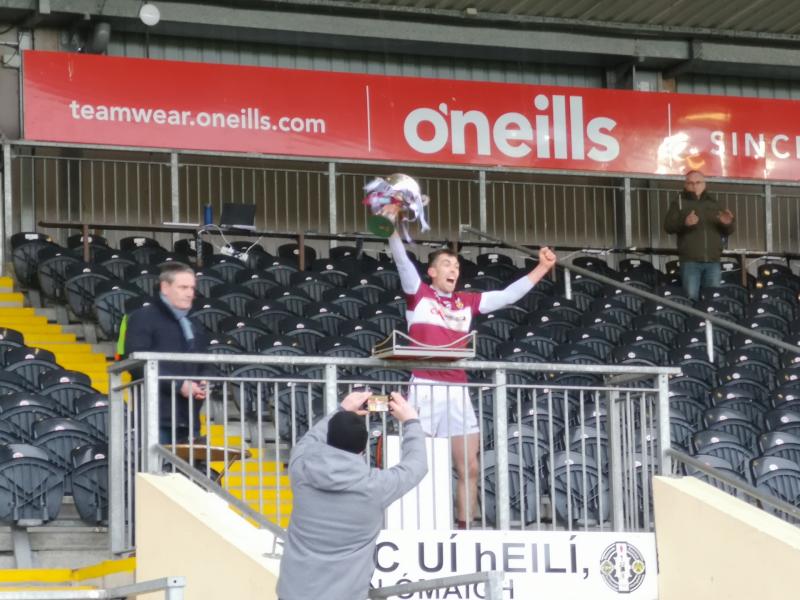 Banagher became the first Derry hurling side to lift the Ulster intermediate title after goals from Brian Óg McGilligan and Ciaran Lynch helped them to a six-point win over Lisbellaw in Omagh.

Both sides were nervy in the opening stages, and St Patrick's took until the 8th minute to break the deadlock through Danny Teague.

Banagher levelled immediately, and nudged themselves ahead through Sean McCullagh before the first half water break at 0-3 to 0-2.

As the heavens opened, Lisbellaw came to life, and points from John Duffy, Danny Teague (2) and Ciaran Corrigan saw them head towards half time leading 0-6 to 0-3.

Brian Óg McGilligan then plucked the ball from the sky and fired to the net to see the sides go in at the break on equal terms.

St Mary's started the second half well, but Lisbellaw fought back, Danny Teague levelling the score in the 43rd minute.

The Derry men though, surged away, and a Ciaran Lynch goal saw them head into the water break with a 2-8 to 0-9 lead.

They added further points through Ciaran Lynch and Tiarnan McCloskey (2), and despite late pressure from Lisbellaw, the defence held and Banagher took the title.

An All-Ireland semi final in a fortnight against the Munster champions awaits.