Tributes paid to one of Derry GAA's 'greatest unsung heroes'

Seamus Mullan, who was influential in the redevelopment of Celtic Park, passed away today. 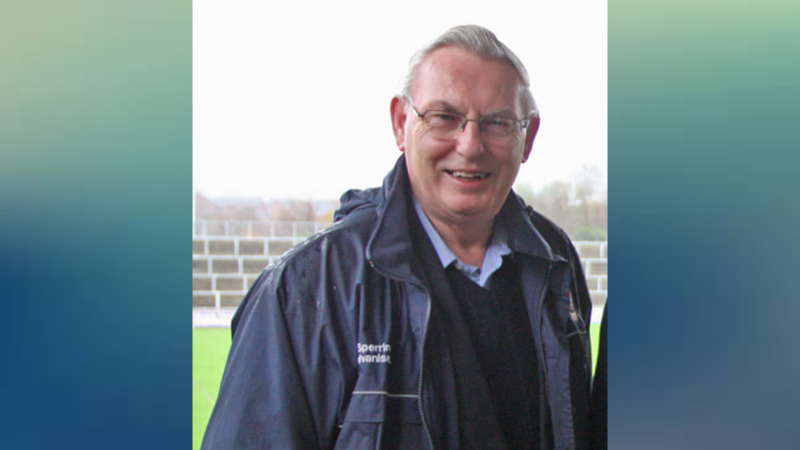 Tributes have been paid following the death of a County Derry man who was described as one of the county's 'greatest unsung heroes'.

Seamus Mullan was a key figure in the local GAA scene, and Derry GAA paid tribute to him online following news of his passing earlier today.

"Derry GAA is saddened to learn of the passing of Seamus Mullan (Doire Colmcille and St Canice's Dungiven)," they said.

"Seamus Mullan was one of Derry GAA's greatest ever unsung heroes. Diligent, singled-minded, determined and talented,

"He was a founding member of Club Derry, and a proud and key driver of the modernisation of Celtic Park, which saw it rise from the ruins of the troubles to become a modern provincial stadium.

"Above all he believed passionately in GAA volunteers and their ability to improve society and the lives of its people. His was a life lived in the service of others. Ar dheis Dé go raibh a anam uasal."

St Canice's GAC in Dungiven posted their own tribute to Seamus on their Facebook page.

"The Committee, Players and Members of St Canice’s GAC deeply regret the passing of former player Seamus Mullan, brother of former player Charlie Mullan and offer our sincere sympathy to the wider family circle," they said.

“Doire Colmcille Committee & Members extend their sincere condolences and sympathy to former player Sean Mullan on the passing of his father, Seamus Mullan,” they said.

”Our thoughts and prayers are also with Seamus' wife Anna and children Catriona, Fiona, Gráinne and Maria.”

Seamus was a long time benefactor and supporter of Doire Colmcille and a tireless volunteer for GAA throughout the county.

Seamus also had family links to Carryduff GAC in Down, and the club said they were 'saddened' at the news of his death.

"The Committee and members of Carryduff GAC are saddened to learn of the death of Seamus Mullan RIP. We extend our deepest sympathies to the entire Mullan and Toal families at this difficult time," they said.

Seamus' funeral will take place from his home on Thursday at 11.30 am for 12 o’clock Requiem Mass in St Columb’s Church, Chapel Road. Interment afterwards in St Patrick’s Cemetery, Dungiven.

The mass can be viewed live via the Waterside Parish webcam, with the link available here.