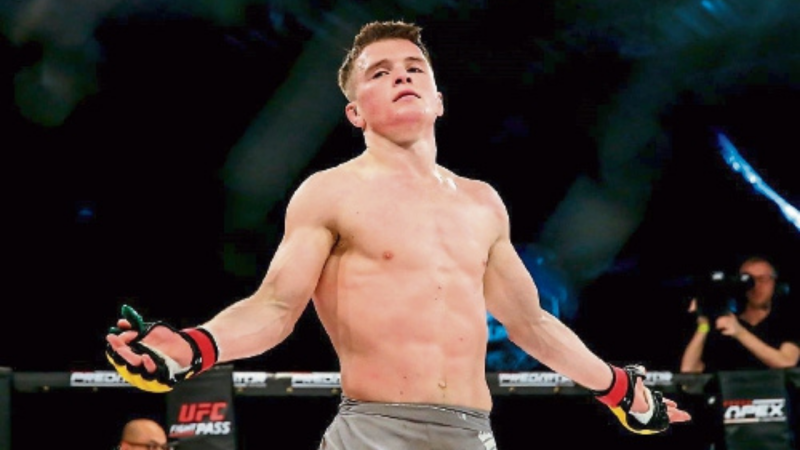 The 24-year-old defeated Morgan Charriere in the main event at Cage Warriors 128 by majority decision (17-9-1).

“I've just accomplished the first major goal of my career,” he said.

“I had to go through a lot of stuff to get here over the last couple of months and just making it here is a win for me.

“I know on fight day I put it on and that's what I did. I'm so proud of myself to be honest.”

In the intermediate qualifiers, Na Magha gave Ballinascreen a scare, with a resurgent second half display forcing St Colm's to rally, eventually pulling clear for a 0-24 to 0-15 victory.

Swatragh, meanwhile, strolled past a depleted Coleraine on a 2-14 to 0-3 scoreline, with the goals coming from Sean Martin Quinn and Fintan McGurk.

The adult football championships shifted up a gear, with the only perceived surprise Coleraine's defeat of Magherafelt at senior level.

Slaughtmanus recorded an opening round win over Glenullin in the IFC, while Moneymore dismissed Drum in the JFC to reach the semi final stage.

The following week, Limavady saw off parish rivals Faughanvale to reach the IFC semi final, while champions Slaughtneil saw off perennial rivals Coleraine to reach the last four of the SFC.

Desertmartin and Sean Dolan's saw off Craigbane and Moneymore respectively as St Martin's set up a chance to win two successive JFC titles in one year. 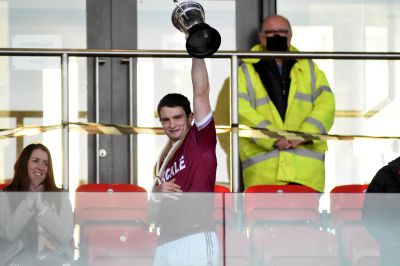 At intermediate level, Greenlough set up a semi final with Drumsurn, while Steelstown defeated bogey team Castledawson to set up a last four encounter with Limavady.

Coleraine camógs came out on the right end of a shootout with Newbridge, Louise McIntyre's goal proving enough to seal a 1-13 to 0-12 win and the intermediate A title.

Magherafelt made history as they lifted the intermediate football title with a 3-8 to 0-7 win over Coleraine at Owenbeg, with three goals in an eight-minute spell at the start of the second half doing the damage.

“They don't really realise how much we appreciate them coming up,” she said.

An emotional Ballerin paid tribute to their stalwart Seonaidh Mullan, who passed away in 2020, by taking the junior crown, defeating Craigbane by 1-15 to 3-5.

Rainey Old Boys made a winning start to their All-Ireland League campaign with a 24-17 win over Old Crescent of Limerick, in what was their first game in 19 months.

In the intermediate hurling semi finals, there were wins for Lavey and Banagher who set up an intriguing meeting the following month at Owenbeg.

There was disappointment for Na Magha, who were awarded the junior crown without having to compete after Coleraine withdrew from the competition.

The final action of the month saw Slaughtneil lift their ninth successive senior hurling crown with a 1-17 to 2-9 win over Kevin Lynch's.

“It got tight and it got exciting for people on the sideline, but we just had to keep chipping away at the scoreboard, keep the points ticking over, and we did that,” he said.