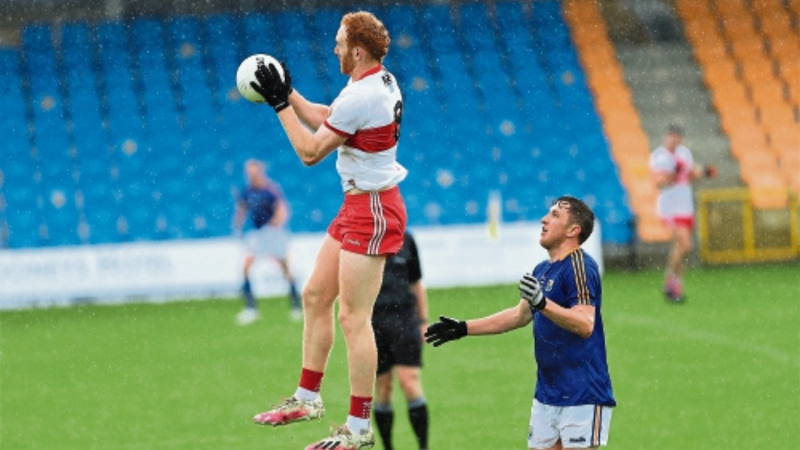 The Derry footballers launched their league campaign with a 0-21 to 0-5 thrashing of Longford, and continued their fine form with wins over Fermanagh and Cavan.

Showing fine form, the wins left the Oakleafers in a commanding position heading into the league's climax in June.

Chrissy McKaigue, however, said the side were far from the finished article.

“Going the next step will only come with a run of games. With the way Rory is, it's a hard-edged mentality and we try to win every game,” he said.

“We have to respect the other teams in the group and try to put our best foot forward. We have some pretty decent players coming through.

“I think our only focus is trying our very best to get out of Division 3. You want to ply your trade in a higher division, then the championship takes care of itself,” said the Slaughtneil man.

Derry GAA began the month by announcing there would be no promotion or relegation in the 2021 adult football leagues.

There was also good news for Desertmartin, as the county confirmed all outstanding 2020 finals would be completed.

St Martin's took immediate advantage of the decision, with Lachlan Murray's eight-point haul firing them to a nine-point win over Ballinascreen in the 2020 minor final. 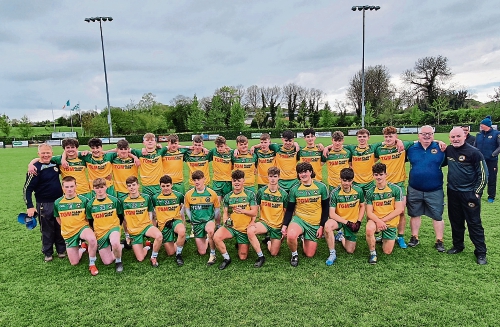 On the county scene, senior football manager Rory Gallagher announced he had a full squad to pick from ahead of the NFL league opener with Longford, including Karl McKaigue and Gareth McKinless.

Having come so close to promotion the previous year, the hurlers' hopes of reaching Division 2A were dashed, with defeat to Mayo.

Dominic McKinley and Cormac Donnelly's team were then thrust into a relegation battle by a 5-17 to 1-14 defeat to Kildare in Hawkfield as the season threatened to get away from their depleted side.

Odhran McNeilly's first competitive game in charge of the Derry ladies ended in a high-scoring defeat against his native Antrim, amid rain and hailstones at Celtic Park.

Missed goal chances then led to the side's second defeat on the trot, a 1-18 to 0-7 loss to Leitrim in Carrick-on-Shannon.

The camógs kicked off their league campaign with a defeat to recently-crowned All-Ireland intermediate champions Down and their beaten finalists Antrim.

The Mourne side hit three goals, ultimately proving the difference in the 3-16 to 0-19 defeat in Castlewellan, before they went down to Antrim by 2-15 to 2-7 at Owenbeg.