Details of Watson's backroom staff are yet to be confirmed. 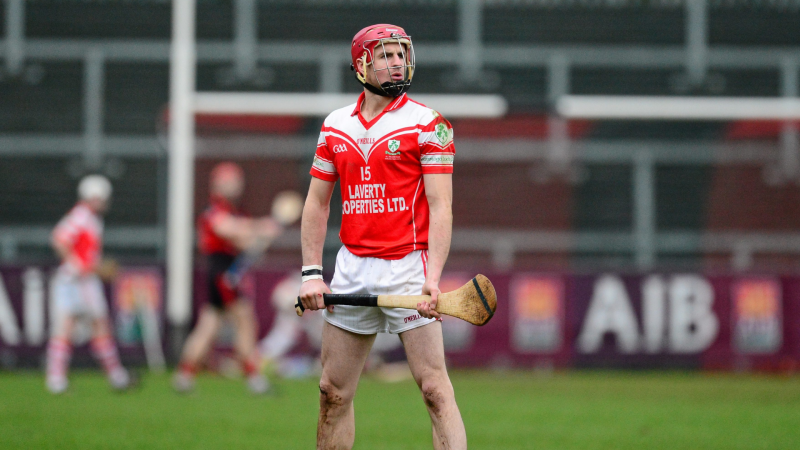 Lavey have appointed former Loughgiel, Antrim and Warwickshire sharp-shooter Liam Watson as their senior hurling manager for the incoming season.

A club spokesperson confirmed that Watson will take over from the outgoing Johnny McGarvey, who announced he was to step down after eight years at the helm in Gulladuff.

While this is his first managerial appointment, the 39-year-old comes to the role with considerable playing pedigree.

Watson helped Loughgiel to an All-Ireland title in 2012, racking up an incredible 3-7 in the final victory over Edenderry of Offaly, and was a mainstay in the Loughgiel side who won foursuccessive Antrim titles from 2010 to 2013, a run that included four Ulster titles.

Also leading the line for Antrim, 'Winker' made his first championship appearance for the county in 2002 and won eleven Ulster titles, one NHL Division 2 title and a Christy Ring Cup.

In 2010, he scored 0-6 from play as Antrim lost the All-Ireland quarter final to Cork, and was nominated for an All Star off the back of his performances that season.

Later moving to England, he shot Warwickshire to a first Lory Meagher title in 2017 as they defeated Leitrim by 0-17 to 0-10 at Croke Park.

Watson will inherit a Lavey team who, at points last season, looked well capable of pushing on.

After defeat against county champions Slaughtneil in the senior semi final, they regrouped to see off Ballinascreen in the intermediate semi final, before losing out by two points to eventual Ulster semi finallists Banagher in the final at Owenbeg.

A formidable attacking force, they notched 7-88 throughout their Derry championship campaign.

Really happy to be appointed LAVEY senior hurling manager/coach for 2022. A challenge i always wanted after retirement. I will leave no stone unturned and i cant wait to get started with the boys.

Taking to Twitter two days before Christmas, Watson gave the Lavey hurling fraternity an early present by confirming he had accepted the role.

“Really happy to be appointed Lavey senior hurling manager/coach for 2022,” he said.

“A challenge I always wanted after retirement.

“I will leave no stone unturned and I can't wait to get started with the boys,” he added.

Michael McShane has been hugely successful with Slaughtneil and Shane Elliott took charge of Kevin Lynch's last year, while Watson's clubmate Kieran O'Connell is currently with Ryan Lynch at Banagher.

McGarvey: We didn't take our chances

The Lavey manager was bitterly disappointed with Sunday's result.