First half goals enough despite second half red card 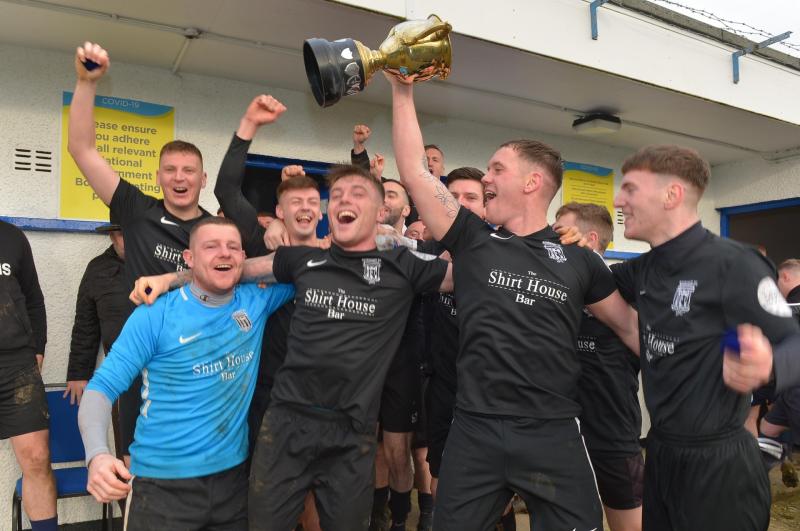 Rosemount have won this year's Gilfillan Cup with a narrow win over Sion Swifts at Wilton Park.

First half goals from Mark Healy and Mo Crossan proved to be enough for Rosemount, who had to deal with a Sion comeback after such a blistering start to the game.

Mo McElhinney set up Healy to open the scoring on 14 minutes, and the lead was doubled on 20 minutes when Crossan powered in a brilliant header from Davy O'Brien's free kick.

Rosemount were dominant at this stage and it seemed as if the contest would be over by half time, but Sion hit back just after the half hour when Ciaran Slevin set up Conor O'Hagan for a close range finish.

Sion were given a great boost midway through the second half when Rosemount's Odhran Scarlett received a straight red card for a poor challenge, but despite the man advantage, they barely threatened. Mark McAdams did flash a shot wide on 70 minutes but in the 20 plus minutes remaining, Paul Simon Tracey had nothing to do in the Rosemount goal.  In the end, it was Rosemount who came closest to scoring again when O'Brien sent a shot just wide of the post with the goalkeeper beaten.