Popular forward will not be returning to Derry City 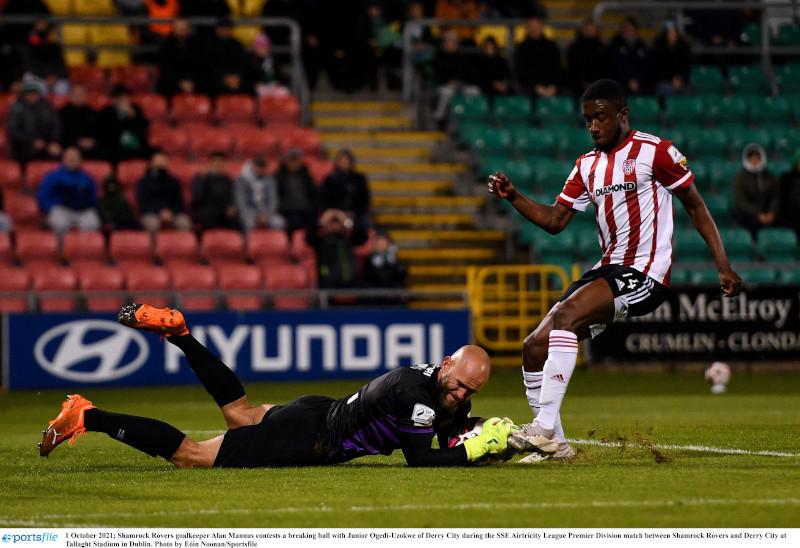 Junior Ogedi-Uzokwe will not be returning to the Brandywell.

Junior Ogedi-Uzokwe has signed with Bohemians on a multi-year deal today.

The forward returned to Derry City for a second spell midway through the 2021 season and proved to be a hit, scoring six goals and assisting three in 17 appearances, in an attacking triumvirate with James Akintunde and Jamie McGonigle.

Still only 27, Junior had expressed his desire to return to the Brandywell next season, but has instead opted to join the Dublin club, his fourth League of Ireland team after spells at Derry, Dundalk and Sligo Rovers.

Speaking to the Derry News just a few weeks ago, Junior insisted he was taking his time over his next move.

“There’s always the pressure to sign for a club in England because my family want me around,” he said. “It’s tough but they have always supported me in what I do, be it going abroad or back to Derry. All through my career my family have supported me so it’s all good. They would still like me to be closer to hope so they can visit more and watch a lot more games, but they will support me with whatever decision I make.

“I have enjoyed playing in the League if Ireland. It’s a good league and it’s getting better and better each year with different players coming into the league. The fact that few years ago Dundalk made it to the Group stages of the Europa League shows it’s getting better. It’s a good league and it’s a league I enjoy playing in so I would like to come back and play in the League of Ireland.”