McEleney is back at Derry City after 6 years away 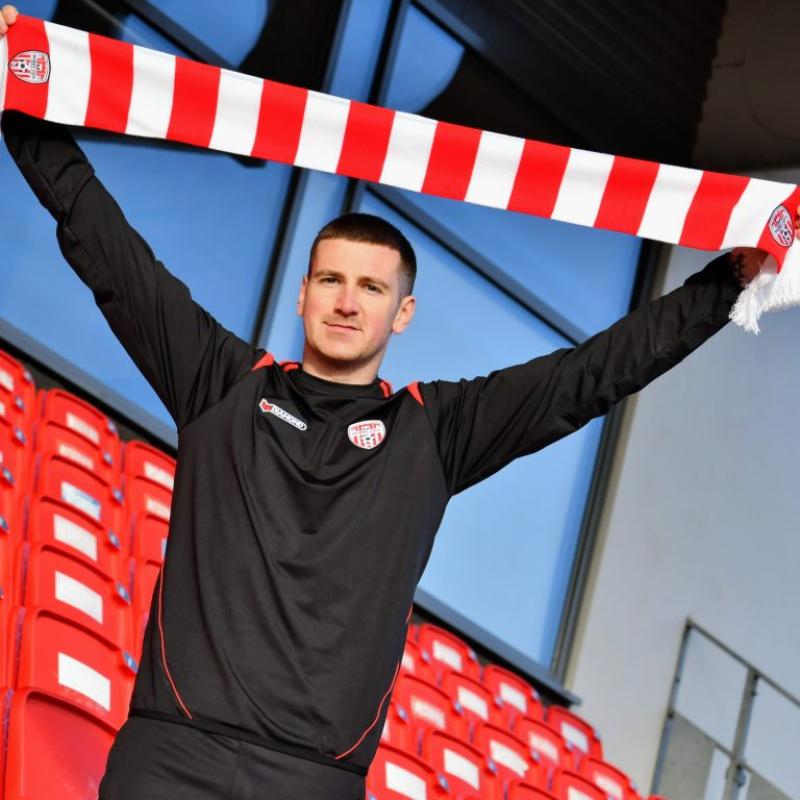 Patrick McEleney is hoping to bring success back to Derry City. Pic by Kevin Morrison.

Patrick McEleney believes it could take time for success to return to Derry City, with nothing ever guaranteed in football.

There is a tremendous excitement around the Brandywell at present, and with McEleney, Michael Duffy and Will Patching all unveiled this week, many are speculating just what the club can achieve in the years to come.

“I don’t think it’s a case of the club not being good enough or this or that over the past few years,” he explained.  “I just think it’s wee tiny fixes. Hopefully me and Michael help towards it. Every interview I’ve been asked ‘Are youse going to win the league?’ ‘Are youse going to win the cups?’ – of course that’s what we want to do, that’s what we’re here for, but I think there has to be an understanding through everyone that sometimes it might take time.

“Sometimes it might take a season for something to click. It doesn’t happen overnight, but there is no doubt in my mind that me and Mickey, and whoever else is coming here, we’re here to win trophies and here to be successful. I know what culture it has to be and how everybody has to live for it to happen, so I’m just going to do my best and lead it.”

McEleney was unveiled at the Brandywell alongside Michael Duffy, having signed a pre-contract for two years at his hometown club. The move has been on the cards for a while now, but he is once again a Derry City player, six years after leaving the club for Dundalk.

McEleney has worked alongside Ruaidhri Higgins as a player and a coach over the years, and will now look on his old teammate as his manager. Whatever the relationship, the philosophies remain the same.

“I just think we have the same beliefs in how everything should be done, whether it be playing or how you live or how places should be run,” McEleney explained. “He’s my manager now and I’m just really looking forward now to see how we get on.