Will Patching returns to Derry City on a two-year deal

Higgins wastes no time in getting his man 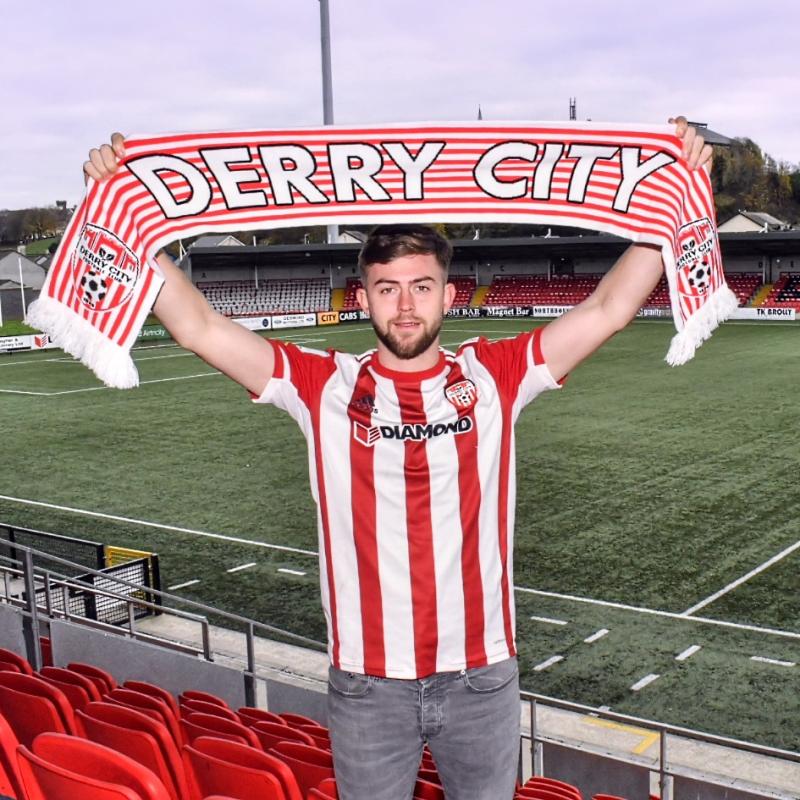 Will Patching at the Brandywell today.

Will Patching has joined Derry City on a two-year deal.

The midfielder, who starred for the Candystripes earlier in the year while on loan from Dundalk, has returned to the Brandywell on a permanent deal from Dundalk.

Patching arrived at Derry at the start of the year on a short-term loan deal from Oriel Park, and following the arrival of Ruaidhri Higgins, became arguably the most important player in the team, with his six goals and six assists from midfield in just 16 appearances helping City move up the Premier Division table.

“It’s brilliant for us to be able to bring a player of Will’s quality to the club on a permanent deal," Higgins said.

“He struck up an immediate relationship with our supporters earlier in the year and they will be excited to see him back at the club.”

“We want to bring top players to Derry City and Will Patching is definitely in that category. I’m delighted to have him here.”