McGonagle will take charge of his home club for 2022. 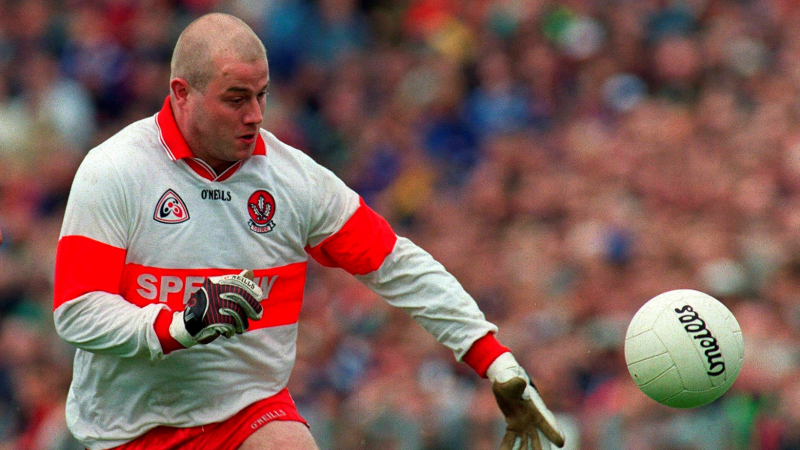 Geoffrey McGonagle in his Derry days. Pic by David Maher/Sportsfile.

Geoffrey McGonagle has been named as incoming Dungiven manager.

McGonagle has represented both club and county in hurling and football, and recently had a spell as manager of Kevin Lynch's Hurling Club.

The Dungiven man also managed Creggan side Sean Dolan's to their first junior football championship as part of their treble-winning season in 2009, where they also picked up the league and Neal Carlin Cup.

He had three years during that spell at Piggery Ridge, taking the club forward through two intermediate championship campaigns.

McGonagle then returned to the club in 2014 after a fleeting spell with Claudy.

He takes over the reins from outgoing St Canice's manager Stephen O'Neill, who spent two years at the helm of the north Derry side.

The former Derry star will be attempting to take Dungiven back into the senior ranks, after defeat to neighbours Banagher condemned them to intermediate football for 2022.

No minor matter: When Derry were challenging on the national hurling stage

Derry won back to back Ulster minor titles in the nineties

Derry minor hurlers ran Cork close in the 1990 All-Ireland minor semi-final. With the Ulster title tucked away again, the following year, it was back to Croke Park where they pushed Kilkenny close. Michael McMullan spoke to some of those involved...