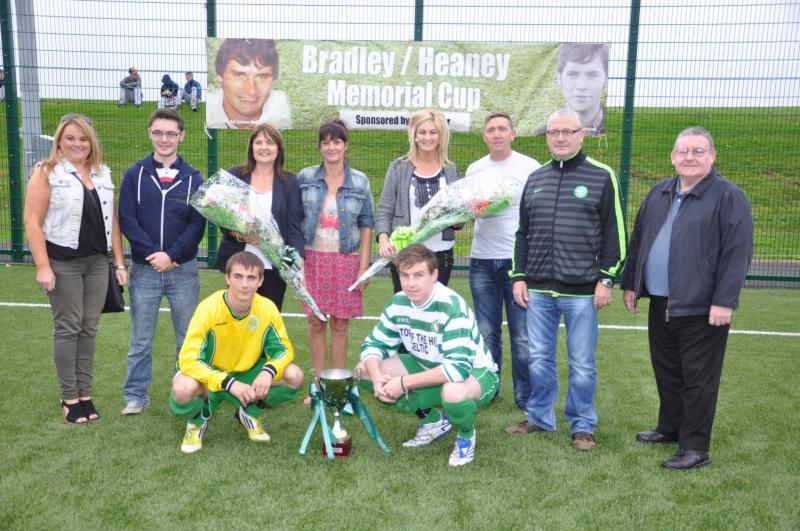 The Bronco/Heaney Cup will return next week

The Eamonn “Bronco” Bradley/Dennis Heaney, 9-aside football tournament will return to Leafair pitches this month.

Starting next Monday, August 30 at 7pm, the competition will run until Friday, September 3.

As an added bonus this year, there will also be the ‘John Fox Over 40’s Memorial Cup’ on September 4 beginning at 1pm.

As this is the 35th anniversary of the 'Bronco', organisers are expecting some exciting football. The trophy holders from 2019, Bishops, are hoping to retain the trophy.

“This is probably the best summer cup in the North West and with the Pat Harkin ceased these past few years it’s the longest surviving summer cup in Derry,” manager Brendan McDonald says. “It’s very prestigious and an honour to take part in this tournament.”

“We’ve had some great teams such as Gary Barnfield’s Ardamoyle Celtic, Micky Kavanagh’s

“The Bronco Bradley/Dennis Heaney committee would like to take this opportunity to remember our comrade and friend Peggy. To honour him with this year’s 35th anniversary, we will present ‘The Peggy McCourt Player of the Tournament’ trophy. He passed away on January 23 of this year and we would like to send our condolences to Peggy’s family, Majella, Shauna, Sinead, Eamonn, Danielle and Ryan and all his grandchildren and his brothers. Peggy will be sorely missed for his input in this and other volunteer’s competitions in his home town, Derry. RIP Peggy.

generosity over the years.

The tournament kicks off on Monday, August 30 at 7pm.