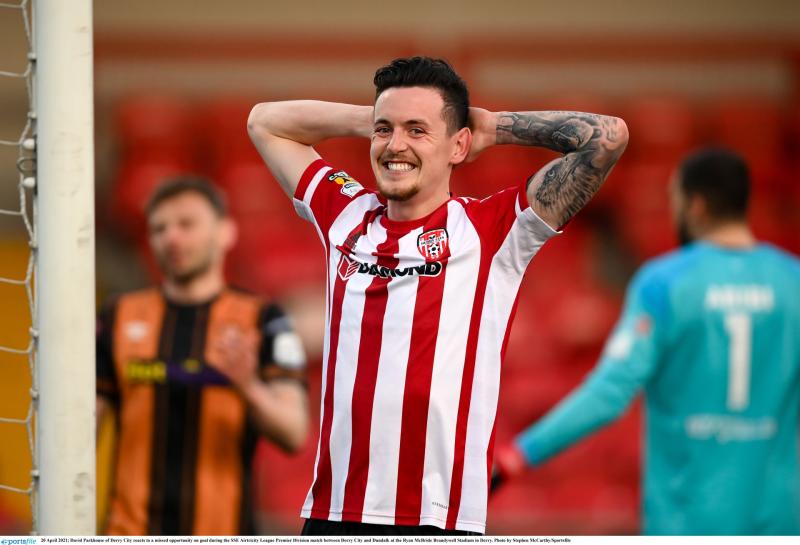 David Parkhouse has joined Ballymena United on a three-year deal.

The Derry City striker, who has not been a part of Ruaidhri Higgins’ plans of late, has agreed to join the Irish League club after a month of speculation surrounding his future.

After a brilliant spell at the Brandywell in his debut season in 2019 when he scored 19 goals, Parkhouse rejoined Derry City on a three-year deal under Declan Devine earlier this year.

But things have not worked out as hoped, with Parkhouse failing to score a single goal in 17 appearances this year.

With Higgins bringing in Jamie McGonigle and Junior Ogedi-Uzokwe in recent weeks, Parkhouse has not featured since the 2-1 defeat at Dundalk at the end of June. He was an unused substitute in City’s win over Drogheda United at the Brandywell.

Manager Ruaidhri Higgins: “I would like to thank David for the tremendous professionalism he has shown throughout this season. Everyone at Derry City wishes him the very best for the future”

Ballymena United manager David Jeffrey was delighted to get his man.

“I'm absolutely delighted to be able to announce that we have signed David on a three year deal. Obviously he had time still left on his contract at Derry City, and also had plenty of other admirers, but he saw Ballymena United as an opportunity to play more regularly and a place that he will continue to learn and be well looked after in terms of his own career development. However, he is also fully aware of the principle of competition and that you have to earn a place in the team and continue to perform to keep that place.

“His ability is reflected in being voted into the League of Ireland team of the year. He is a young man who is very hungry to do well for himself and now for Ballymena, and in the conversations that we had, it was how other players have progressed whilst being here which was a big attraction to him joining.

“Negotiations were straightforward with both David and Derry City. Whilst we're still awaiting international clearance, which should be a formality in the days ahead, clearly it's not news that we're going to be able to hold until later in the week given he'll begin training immediately and we look forward to seeing him integrate into the squad." 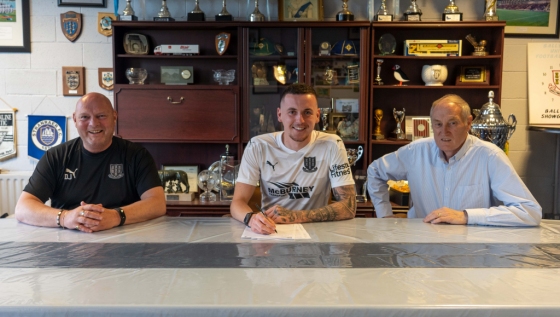