George takes 'One Shot' to honour his footballing dad

Local singer/songwriter takes journey into his dad's past 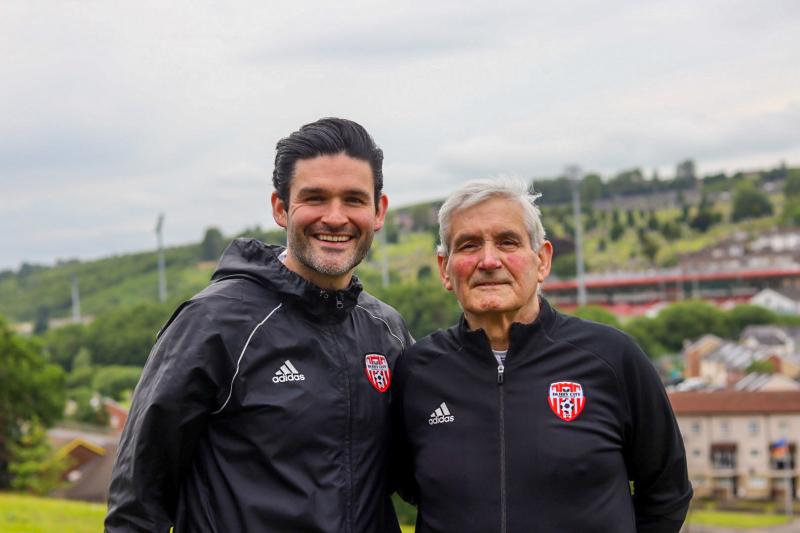 Local singer and songwriter George Hutton has been on an incredible journey of nostalgia and family history lately, and it has culminated in a brand new song which honours his father’s hidden footballing past.

Next week, on July 16, George will release brand new single ‘One Shot’, alongside a specially made video which stars his very own flesh and blood, who, he has recently discovered, has had quite the tale to tell.

A random meeting with local football legend and former Nottingham Forest player Liam O’Kane inadvertently sent George Junior down what he calls ‘a rabbit hole’, as he discovered stories about his father that he never ever knew.

With each passing revelation, George was blown away and so he took to Twitter to ask the public for information in his dad, George Senior, who played for Derry City in the late sixties. The response he got was emphatic, with his dad’s reach stretching as far as Ontario, Canada.

It has been a journey he never expected, but it has become one of the thrills of his life so far.

“I met Liam O’Kane and he said “You must be George Hutton’s son. Your da was a great player”. I went home and said this to my ma and she was telling me that Nottingham Forest came over to look at my da but he hurt his back and it was a disaster. I didn’t know anything about this!

“I ended up going down this mad rabbit-hole. I found a newspaper article from October 10, 1968 – my da started at left-back for Northern Ireland against Scotland in a Junior International. He was the only player from Derry City in the panel and he played the 90 minutes. They won 4-2 and there was a whole big write up which said it was the first time Northern Ireland had beaten Scotland in 47 years. I just thought this was amazing.

“I was chatting to me da about it and he was all “Aww, that was great, I’ll never forget that, that was a dream come true”. Then I discovered his cap and his jersey in the attic and he didn’t even know it was there. I brought it down and showed it to him and he was like a child at Christmas. You could see it all coming back to him, and I just knew then, “I have got to do something about this”.” 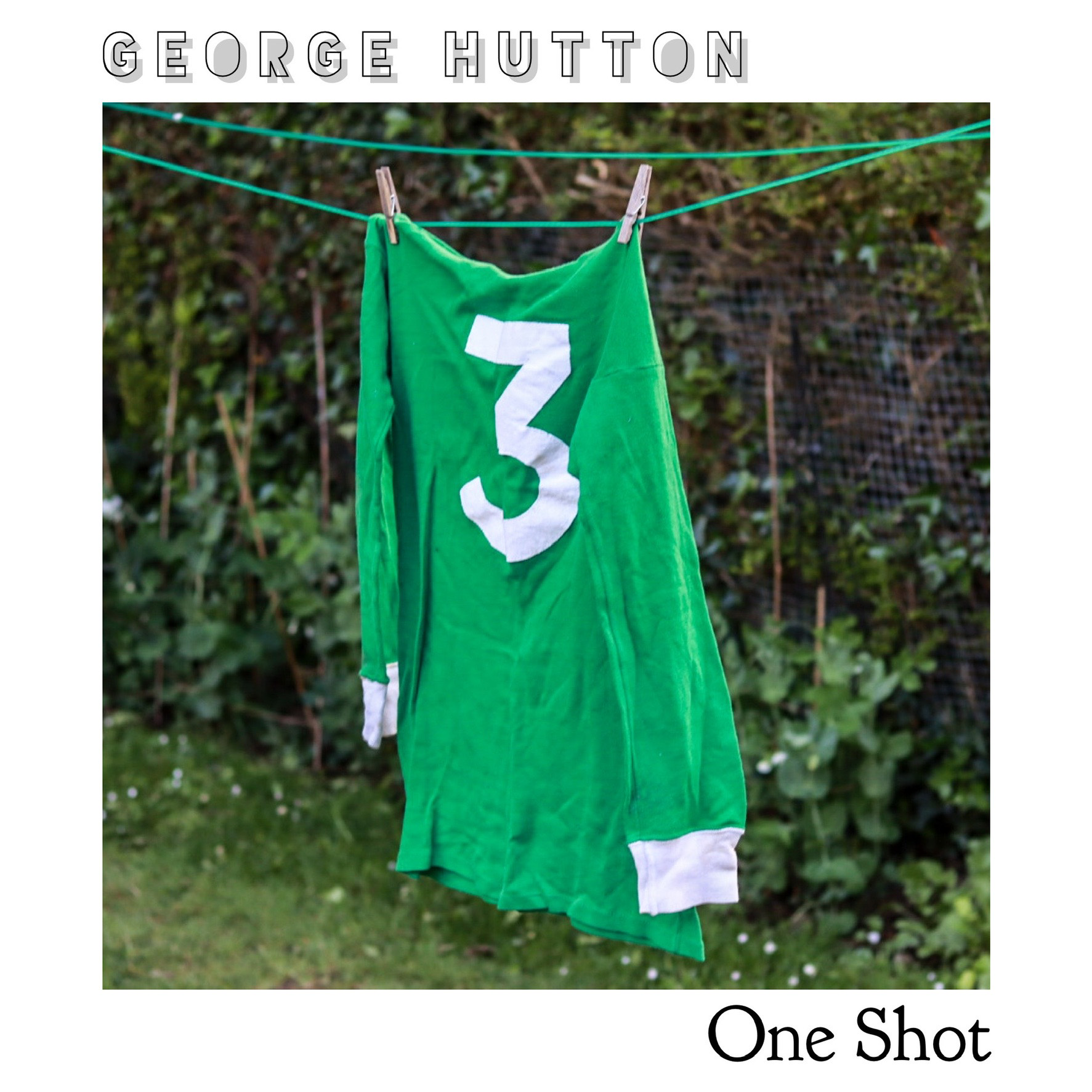 Eager to honour his dad in some way prior to this, this proved the perfect opportunity for George to find out so much more about the man he has looked up to all his life. George senior played for Olympic and the AOH before he joined up with Derry City Reserves, which preceded his time in the senior team, and that international recognition. Beyond that, George even discovered his dad had been top scorer for a team called Flamengos in Ontario.

He couldn’t believe he had kept that gem to himself all these years.

“A few people told me “I remember your da came on against Celtic and hit the bar with a header” and I was like “What! Why can I not find any record of this?” he continued.

“I found this photograph and I found this one of him with Tony Doc, Jobby Crossan and my uncle Peter. It turned out it was a Derry City Select team from 1970. I’ve been struggling to find match reports, but in 1969 he went to Canada to play for a team called Flamengos FC.

“The ambassador, based in Kingston, Ontario, a guy called Eamon McKee, tweeted me and told me he was sharing my request on Twitter. It turned out that the family that my da lived with, the mother is still alive and the daughter contacted me and told me my father lived with her mother and father when he was playing for Flamengos. What are the chances of that?

“The whole premise for this came about when I found that jersey, and when I found it, I started putting tweets out to everyone. The amount of people who got back to me, telling me things about my da that I didn’t know, was lovely. It was pure nostalgia for my da.”

The Hutton name is synonymous with footballing success locally, from Peter Hutton senior, who won the FAI Cup with Finn Harps, to his son Peter, who captained Derry City, to Tony Hutton who played in the UEFA Cup with Coleraine in the eighties. George senior’s achievements strengthen this legacy even further. George is so enthusiastic as he recounts the past few weeks finding out more and more with each conversation, tweet and phone call.

He goes on: “I remember going into Jobby’s one time and asked him about a cap on the wall. He said “You’re a Hutton aren’t you? You tell your da I said hello, he was a great player and a great man”. I thought this was lovely, and I told my da what Jobby said but he was just “Ah, I was alright just”. He was just really humble about everything.

“A guy, Ciaran Kelly, I would have played football with his son Brendan, they went to England in 1966, and there were open trials for Aldershot, so a load of them went down and the only player that they kept was my da so he ended up playing half a season with Aldershot, and he came back to Derry in 1967.

“At that time, working in England in the sixties was probably not the nicest of places to be given everything, but he loved it. He told me he would used to get the bus to go see Chelsea play and Crystal Palace play – any opportunity he got to go watch a match, he took it.

““I found another article in 74-75, he was the Northern Ireland squash champion! He worked closely then with Jim O’Hea as vice-chairman of the D&D, so any players going across the water, my da would have looked after them and prepared them for trials and stuff.

“One of them was Ray McGuinness, just one of a number of players who they made sure got across alright and that their heads were in the right place before they went over. He was a great man for reminding players how important it was to not be drinking or smoking at a time when they would have been putting ashtrays in dressing rooms, a completely different world.” 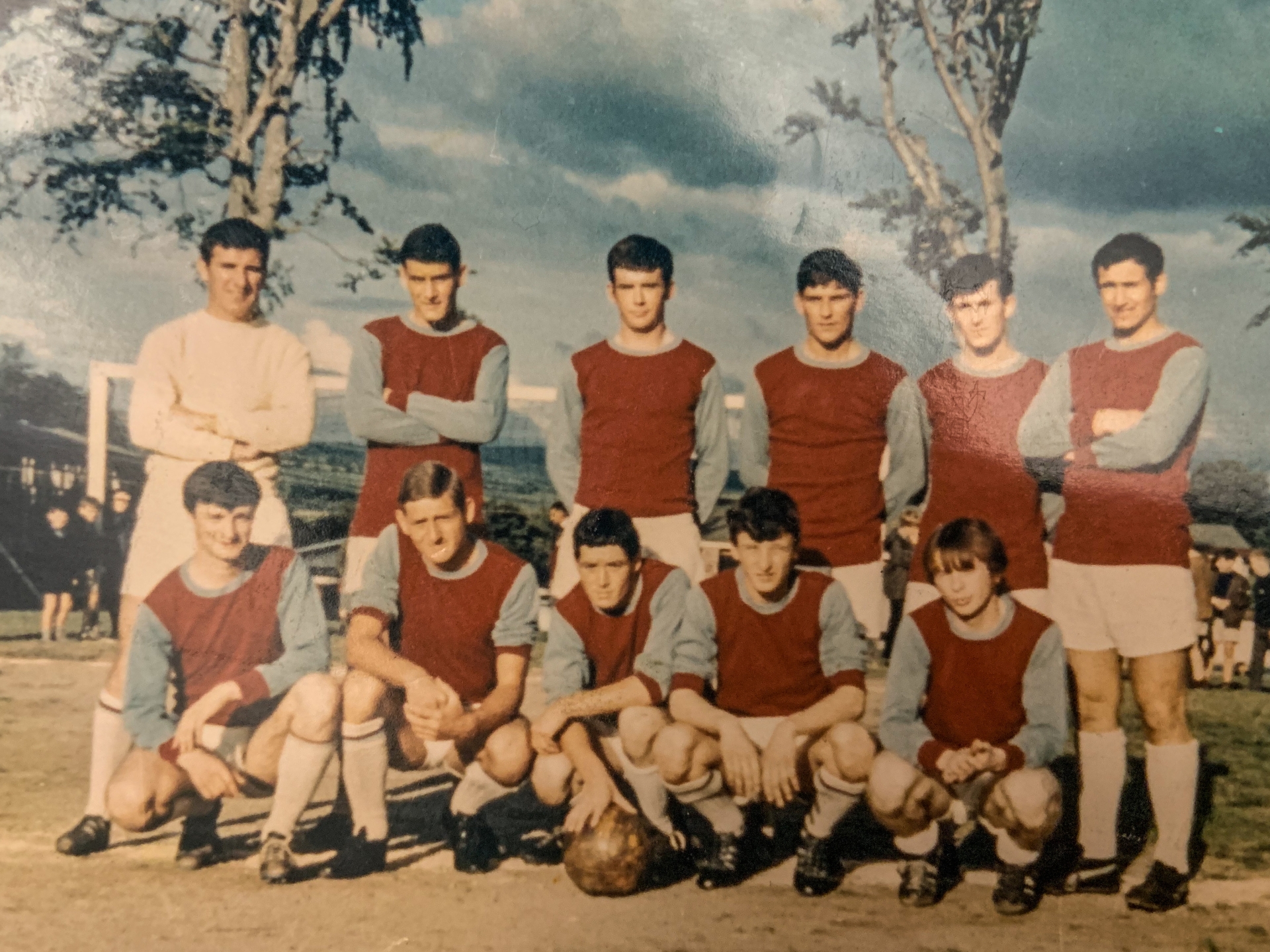 On the back of all these revelations, George has written ‘One Shot’, in reverence to his dad and his modestly hidden footballing career. The video follows his dad as he walks around the Bogside, where he is originally from, wearing a Derry City tracksuit. The video does have a few extra surprises however, which his dad is yet to see himself. It has been a real labour of love for George junior.

“He’s turned 75 there during the height of the lockdown and we couldn’t do anything,” he explained. “I wanted to do something special so I write the song, and the reason why I called it ‘One Shot’, was because it has that universal feeling of life is short, and considering what happened during this, that really is true.

“Life is short and when the opportunities come, you have got to grab them. I always thought about my da with that because when I seen the jersey and the cap, and all the different stories that people were telling me – he is someone who went for it, he gave it his best shot. It was the first time they beat Scotland in 47 years and that’s a pretty special memory.

"What this has done has opened up a rabbit hole that I don’t see ending any time soon. I want to find out more. I’m delighted that I found the jersey and the cap. There’s a photo of my da and he’s sitting hunched with the ball in the middle before the game against Scotland. If it wasn’t for finding that and it wasn’t for people saying things about my da when I’m out and about, this wouldn’t have happened.” 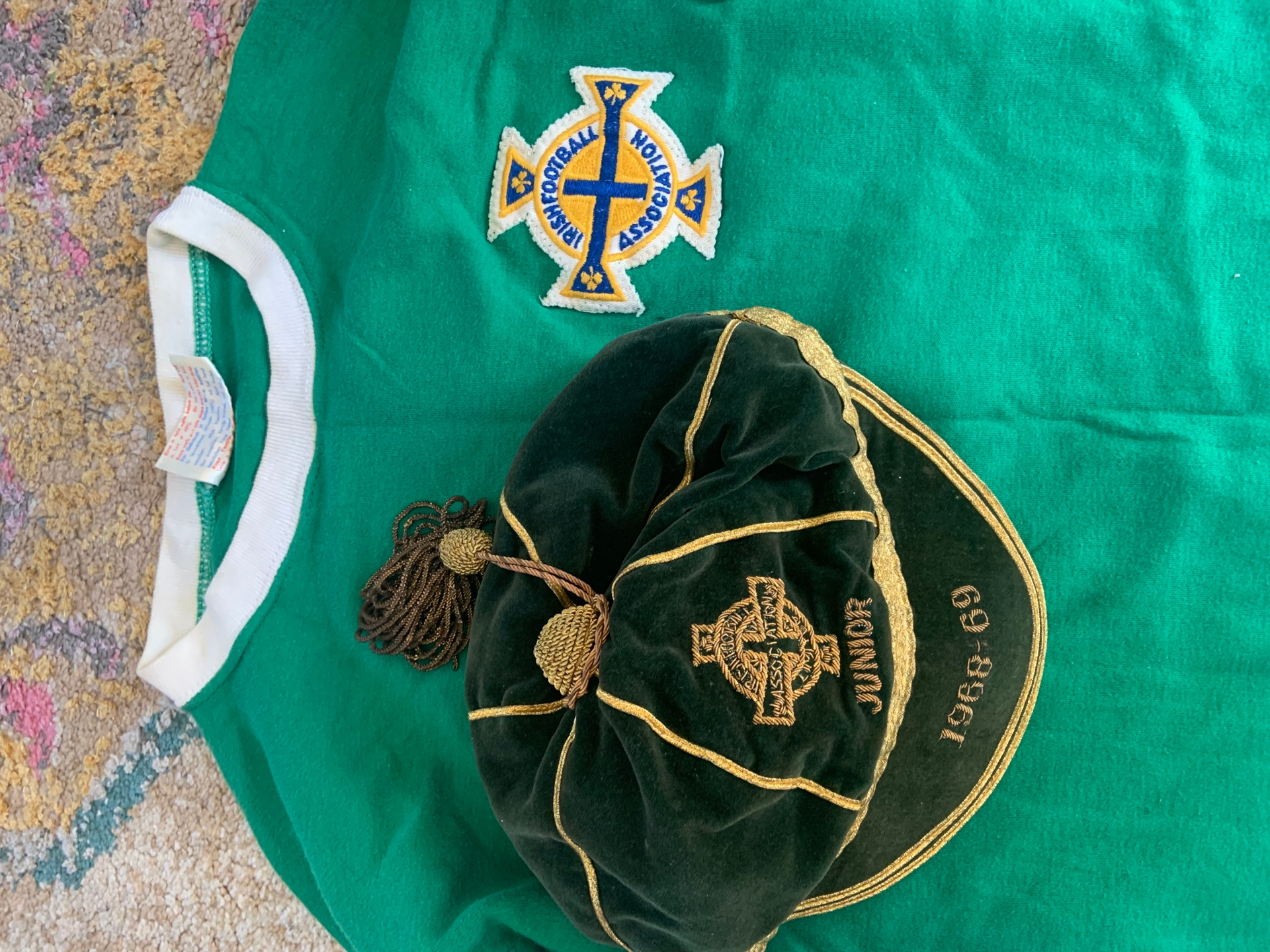 The single, which will be available from next Friday, July 16, is George’s most personal piece of work to date, and judging by his enthusiasm, his favourite to date. The subject matter after all is close to his heart.

“My da always says “Remember son, you have my name, you’re under pressure!”,” he laughed.

“I asked him “What was it about playing football, playing for Derry, getting called up for that cap, what meant most to you?” He said “It made me friends for life son.” That’s literally all he said.

“It brought him places where he made new friends and connections for life and I’m very fortunate because of that, because it has helped me open up connections with other people in different places as well.

“It has been a labour of love putting this together. I wrote the song and I love it and I’m very proud of it, but I never, ever seen it moving in this direction. I never thought it would have expanded as much as it has and I didn’t expect all these people, especially on Twitter, to come out of the woodwork to send me all this information.

“It’s just really, really special. The song is only three and a half minutes, and I had that time to capture a moment. The two main elements are my da getting his cap and his love for Derry City Football Club and for Derry City itself, and hopefully I’ve managed to capture that. I hope people can connect to it because I do think there’s a universal feeling there that everybody can relate to.”

George Hutton’s brand new single ‘One Shot’ will be available on Spotify and Apple Music from July 16.