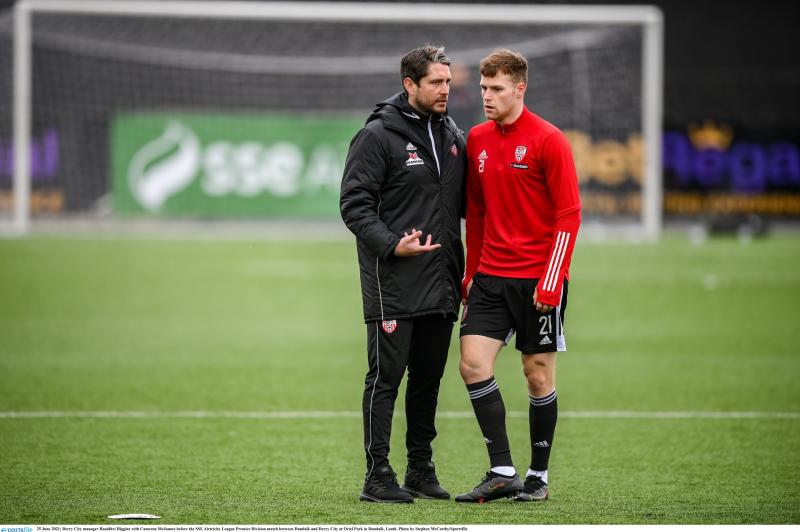 Derry City manager Ruaidhri Higgins has been busy this week.

Ruaidhri Higgins says he is just getting started after a flurry of activity off the field at Derry City in the past few days.

The manager has been working for the present with an eye to the future by making several big announcements over the past three days. As well as bringing Crusaders striker Jamie McGonigle to the club on a three-and-a-half-year deal, Higgins has also brought Junior Ogedi-Uzokwe back to the club and secured the futures of both James Akintunde and Cameron McJannett, who have extended their deals at the Brandywell until the end of the 2022 season.

“This is a long process but we’re only getting started,” Higgins explained. “This year is about consolidation and planning and building a foundation for what we’re going to do going forward.

“I made it clear to Cameron very, very early after I came in that I wanted him at the club long term. This gives us a platform and we know now that he will be here for the next 18 months which is important to me. It allows us to build something and he is a massive part of what I want to do here and what we as a staff want to do here.

“James has had some injury problems over the last couple of years and has struggled to get a good run of games. This is the longest run of games he has had in a long time and I think over a period of time we will get the benefits of that. I know the quality he has because I see it every day in training and he is only going to get better.” 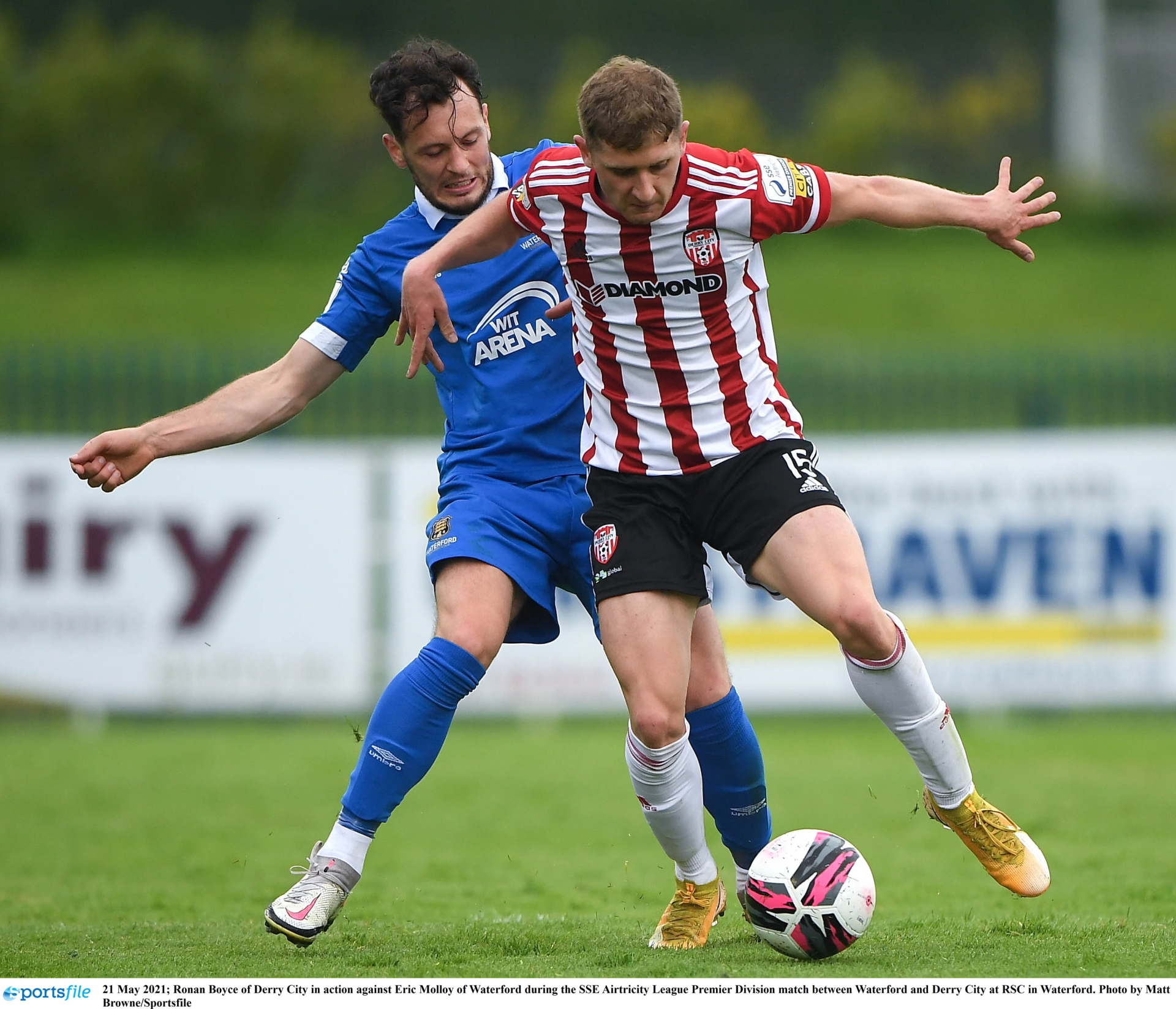 Amidst this flurry of activity, Derry City have a game against Waterford tonight with City hoping to bounce back from last week’s defeat against Dundalk.

“It’s never nice to lose games but I take pleasure in our second half performance and we know if we repeat that second half performance for 90 minutes we’ll win a lot of matches,” Higgins said. “We have to come with the right application; I didn’t think we started the game well enough last week and we got punished for it, so we have to learn from our mistake and I’m sure we will.

“You can’t flick a switch, you have to start a game well and build momentum from it. In fairness to our players we have started a lot of games well this year; that was just a bump in the road and we move on. We’ll be aggressive in our approach to the game and we’ll try and play on the front foot and pick up three points.”

Waterford are much-improved since their defeat to City at the RSC back in May, and Higgins is expecting another challenging home game.

“They have taken a point against St. Pat’s which is no easy task and they have beaten Dundalk at Oriel Park which we all know is a really difficult place to go,” he reflected.

“They have improved a lot and we have to respect that, but we also know that we’ve improved and we need to approach the game in the right manner and play on the front foot, and if we come at the game with the right application then there’s no reason why we can’t win the game.”