'This was the debut I never had' 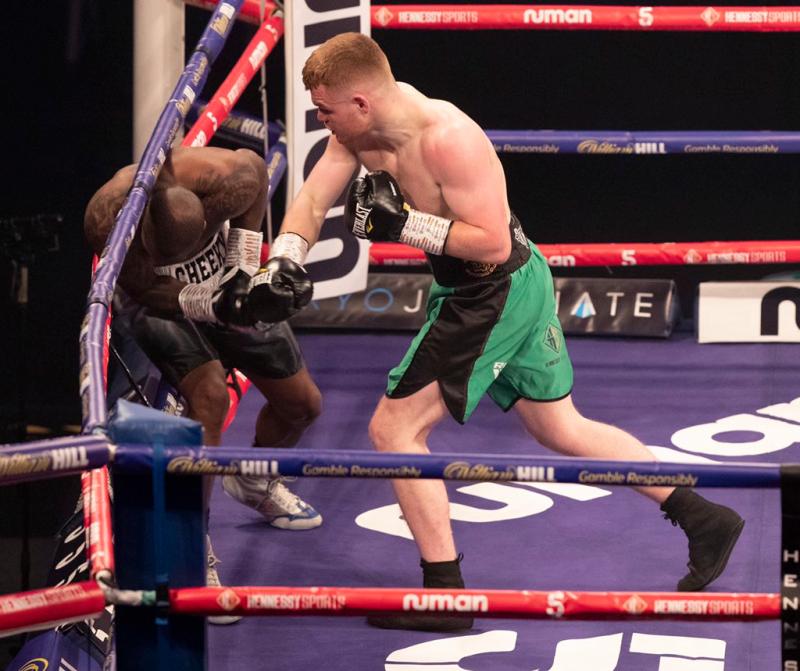 Brett McGinty in action against Dwain Grant at the weekend.

The roar of the crowd was just what Brett McGinty needed as he turned on the style to record his second pro victory in Coventry at the weekend.

Back in December, the former Oakleaf man had to dig deep in far from ideal circumstances to win against Jan Ardon on his pro debut. It was not the dream night that McGinty had envisaged all things considered, but fast forward six months and he made sure that everything went right. The added bonus of fans in attendance only boosted McGinty further and he gave them something to cheer about as he dominated Dwain Grant to record a unanimous points victory after four rounds.

McGinty achieved the margin by using his jab, but especially good shots to the body throughout and after the fight he was much more satisfied than he was in December, knowing he had performed well, despite the late change in opponent.

“This felt like the debut I never had,” he told Seconds Out. “It is a weird experience fighting in front of nobody, hearing the slap of the shots; the only positive is that you can hear the corner better. It was a great feeling walking out and hearing the Irish crowd for the first time as a pro; you would have thought there was a lot more of them here than there was, but that was them making a lot of noise.

“I’m really happy with it. It was a lot better performance than on my pro debut. I was talking all week about improving every day and I think that showed. There’s obviously a lot to work on, but slowly but surely we’re getting there.”

McGinty was expecting to face journeyman Jordan Grannum, but a late swerve put Grant in his way. The change in opponent did not deter him however, as he focused on the job in hand.

“He was very slippy with his upper body work and very hard to nail down,” he reflected.

“I knew that coming into the fight and I knew that even more so in the fight. I thought I got him a few times to the body, and he was protecting his body very well and he was moving all over the show.

“Instead of getting him on the ropes which I did a lot in the fight and maybe throwing three or four shots and missing with two or three of them and then looking bad, I was trying to pick my shots and find the right gaps. Sometimes I was maybe waiting too long and then giving him a chance to move off, which can be worked on and which can be improved upon. There were definitely improvements all round and things to take with me going forward.” 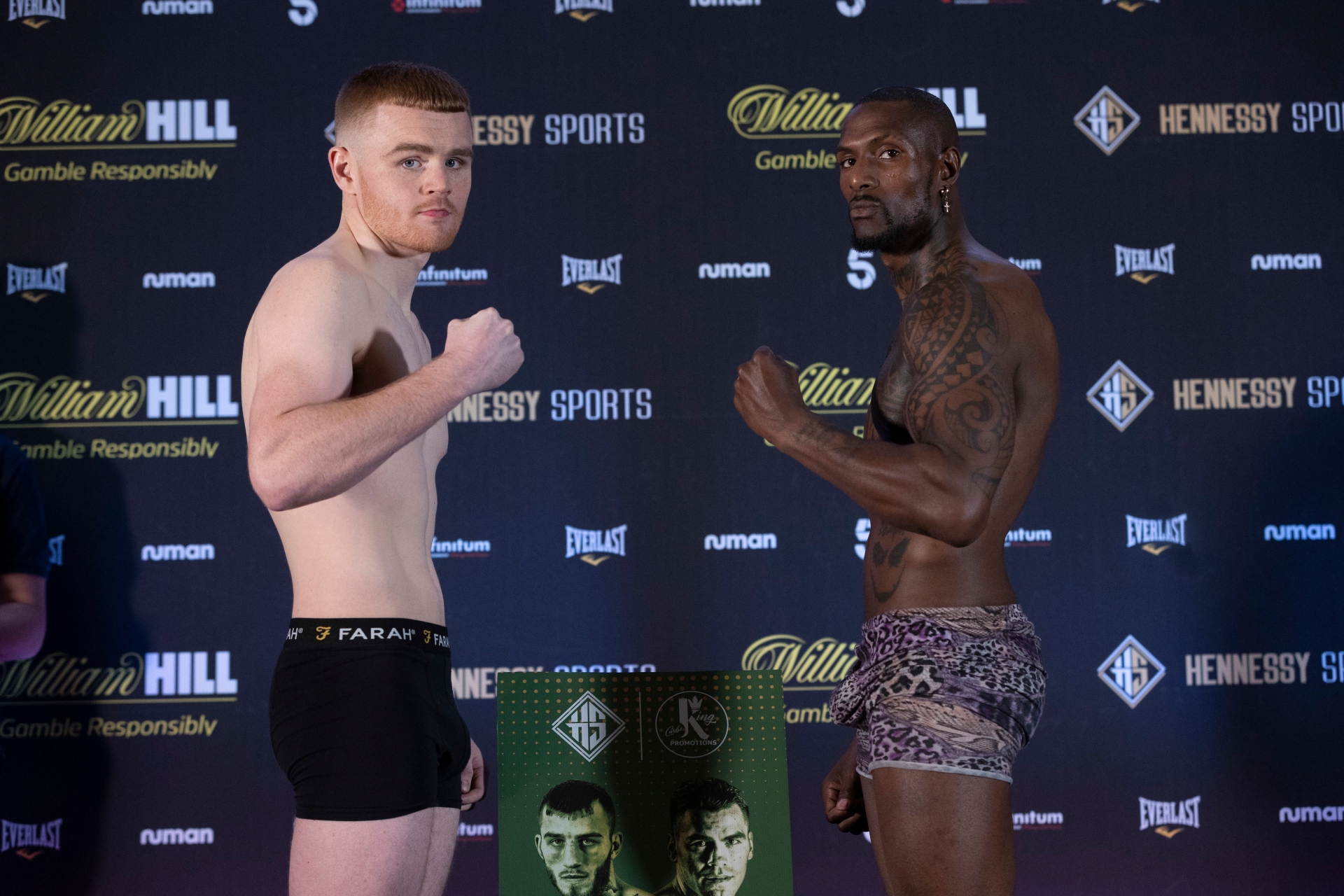 So enthused was he by his performance against Grant that McGinty is already looking forward to getting into the ring again. Six months passed by between his first and second bouts, but the St. Johnstone man could well be back in action a lot sooner.

Coaches Mick Hennessey and Ricky Hatton have worked hard with McGinty in recent months and they were more than happy with their boxer’s display, the 22-year-old learning every day as he takes his first step in his professional career.

“Mick said to me that all being well I’ll be out again on July 17 and that’s what I want, I want that momentum again, a run of fights and hoping to win, which you do in the amateurs,” McGinty added. “Hopefully now that’s the start of it. My next fight is eight weeks to the day so I’ll take a week off, get back on the wagon again and hopefully get to 3-0 and hopefully march on.

“Ricky and Blaine both said that they couldn’t fault me on the performance. To be honest, I did feel that I got him a couple of times to the body, especially in the second round. He was very honest afterwards; we spoke after the fight and he said to me that he felt it. The bell went a few seconds later then before I could capitalise on it. It’s something to take forward; he was a very hard opponent to pin down, a very good opponent and very durable and best of luck to him.”