The draw will be completed tonight on RTÉ. 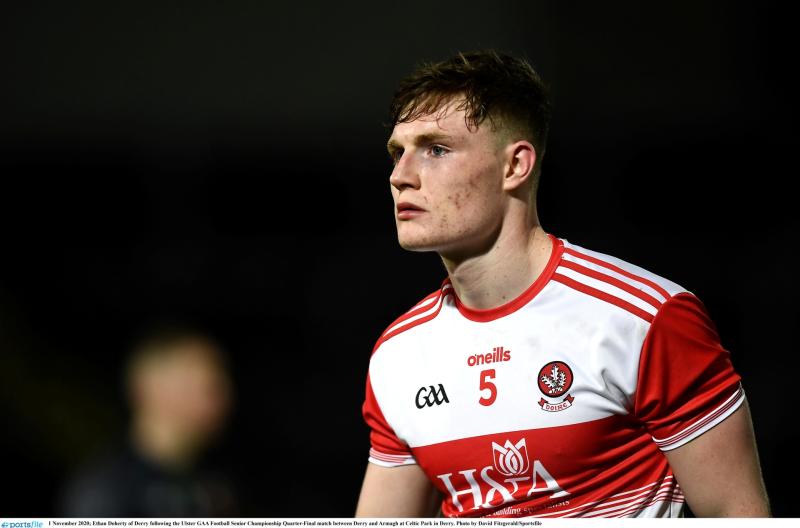 Ethan Doherty will have a close eye on the draw.

Derry's intercounty footballers and hurlers have resumed collective training this week under the GAA's return to play protocols.

Following a four-month lay off due to government restrictions, the players can now get back on the training field ahead of a return to competition that will come around quickly.

The hurlers will have just three weeks to prepare for their first Allianz hurling league Division 2A match on the weekend of May 8/9.

The footballers have an extra week to prepare, and will find out their opponents in the first round of the Ulster senior football championship this evening.

Derry have been drawn in Bowl 2 (Derry, Cavan, Monaghan and Tyrone) of tonight's draw, which will be broadcast during the 6.01pm RTÉ news bulletin.

This means they will not face being drawn in the preliminary round, with two teams from Bowl 1 (Antrim, Armagh, Donegal, Down or Fermanagh) being drawn to contest it.

Following the preliminary round draw, the teams from Bowl 2 will then be added to Bowl 1.

The Leinster senior hurling and football championship draws will be held this morning, with the Ulster senior football draw concluding the formalities this evening.