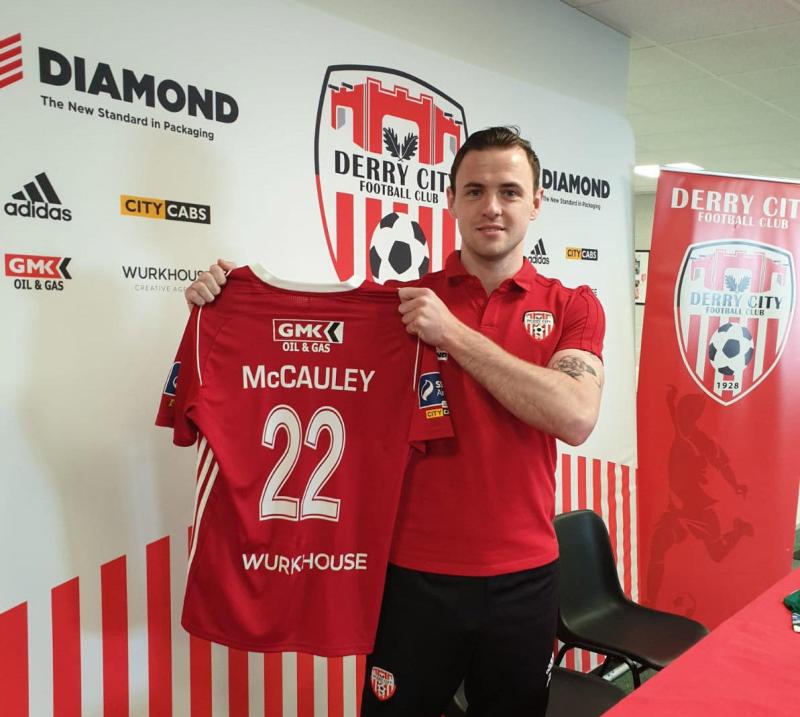 Former Derry City, Institute and Coleraine midfielder Darren McCauley has announced his retirement from the game.

The 29-year-old, who has been playing with Essendon Royals in Australia, made the announcement on social media, bringing an end to a long and storied career. A graduate of Top of the Hill Celtic, his senior career began with Derry City in 2008, before going in loan to Celtic. After returning home he featured for Institute before enjoying his most successful spell with any club with Coleraine, with whom he won the Irish Cup in 2018.

After a short spell at Inverness Caledonian Thistle, he re-joined Derry City in 2019, but made just 12 appearances under Declan Devine before leaving to begin a new life in Australia.

"After a lot of thought and consideration surrounding an injury, today I’m announcing my retirement from football," he said.

"I want to say a massive thank you to everyone who has been a part of my journey.

"I’ve been fortunate to play at the professional and semi-professional level and to play in different countries. I’ve had ups and downs, played with great players and even better characters. All this has helped me build a wealth of experience in the game and in life. Thank you to all the players, coaches and staff that I have came across during my time.

"Trophies, goals and performances are great... but the only thing that counts is if others were affected positively by your presence in their life.”