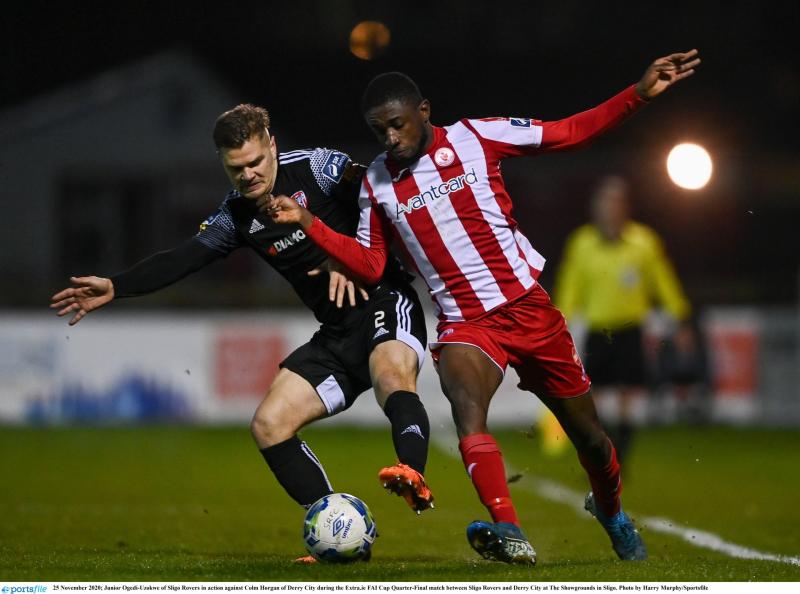 Junior Ogedi-Uzokwe has admitted he turned down a Derry City return for a SECOND TIME as he closes in on a move to Dundalk.

Junior turned down a return to Derry City last July when he opted to move to Sligo Rovers, and despite being in talks for a return to the club with which he won the Golden Boot in 2019, he has decided to join the Lilywhites.

Junior and David Parkhouse proved a deadly duo two years ago, scoring 35 goals between them, and the former Colchester United man admitted that he would have been more tempted to return to the club if he had known his former striker partner was going to return. He did not however, rule out linking up with Parkhouse again in the future.

“I wasn’t aware of that at the time, and I don’t know of that would have changed my mind but I certainly would have thought about it a bit more,” he said.

“He’s obviously a player I know a lot and I enjoyed playing with him as well. Obviously you can never say never in football. Everyone knows I enjoyed my time there at Derry and the people there as well. I can’t say it’s never going to happen. You just never know.”

Junior has been something of a god luck charm in the League of Ireland, helping both Derry City and Sligo Rovers to European football, the latter of which was especially impressive as Sligo struggling at the foot of the table when he joined. 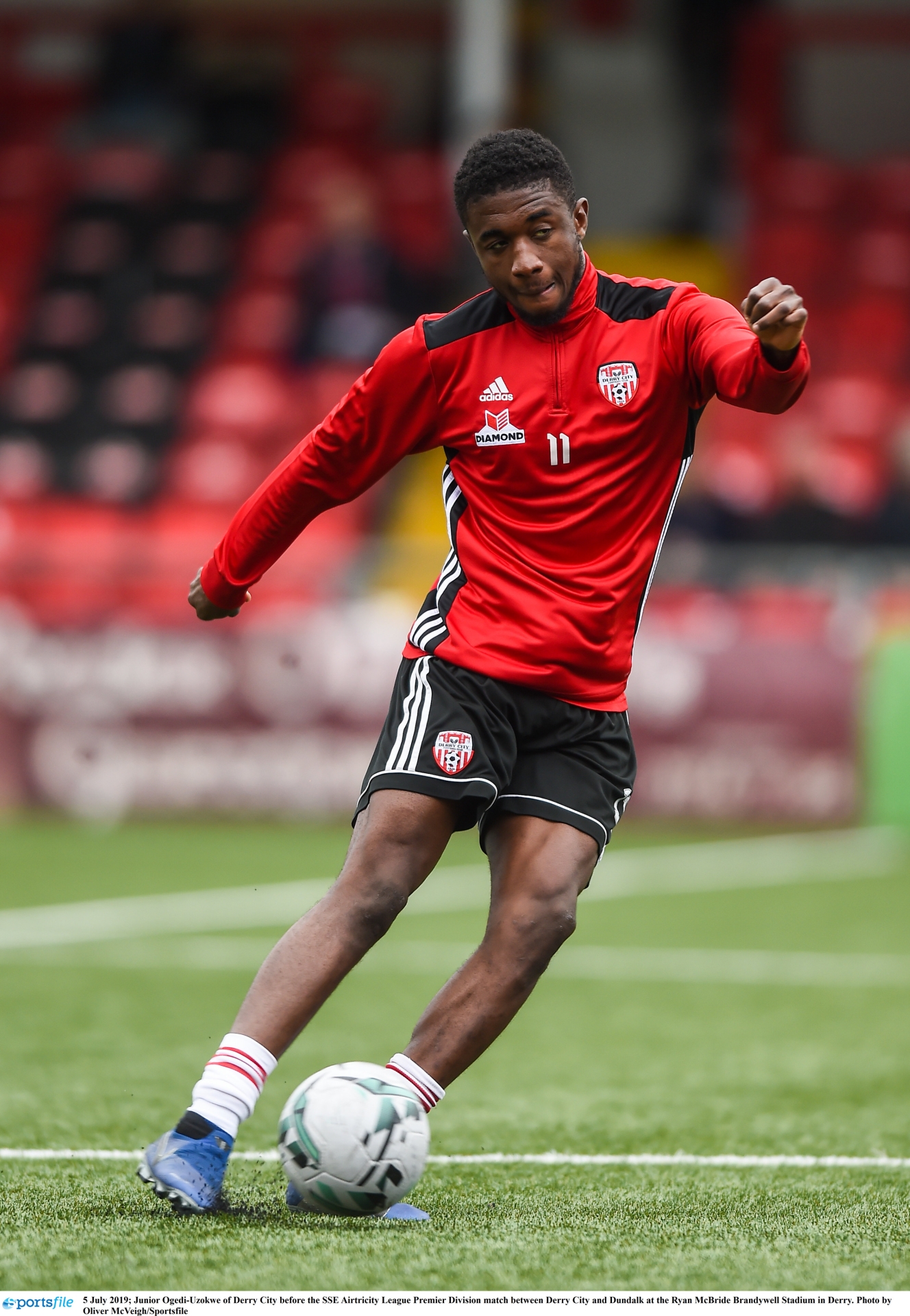 Satisfied with his contributions, apart from his goal tally of just two goals at Sligo, he feels that he has improved as a player because of his time at the Brandywell and the Showgrounds.

“Before joining Derry, I was a number 9, that was my position, and I don’t think I was as good on the wing, but because of that experience and playing more regularly without getting injured, I think I’ve grown in confidence and added different things to my game,” he continued. “I think it’s helped me and where I am at the moment.

“Personally, I would have liked to have scored more goals and contributed to the team a bit more, but I felt like I did well for the team.

“Sometimes it’s not just about the goals, but helping the team, either working defensively or creating opportunities for others to score goals. I felt like I did that well, but just the goals weren’t coming. It was a successful season overall considering where Sligo were before I got there.

“You have to give credit to the players and managers because obviously not easy. Last season was difficult because it seemed that any team could beat any team, apart from Shamrock Rovers, but between everyone else, it was a real fight. I thought that we did really well and deserved it in the end.”

Dundalk will be Junior’s fourth club in three years, and he is eager to settle down at a club for a few seasons rather than move around at the end of each campaign.

“Personally, I didn’t really like moving around, but I see myself as quite ambitious, and if a club shows that same ambition then I will buy into it and look to stay there as long as that ambition to get higher and higher is there,” he concluded.