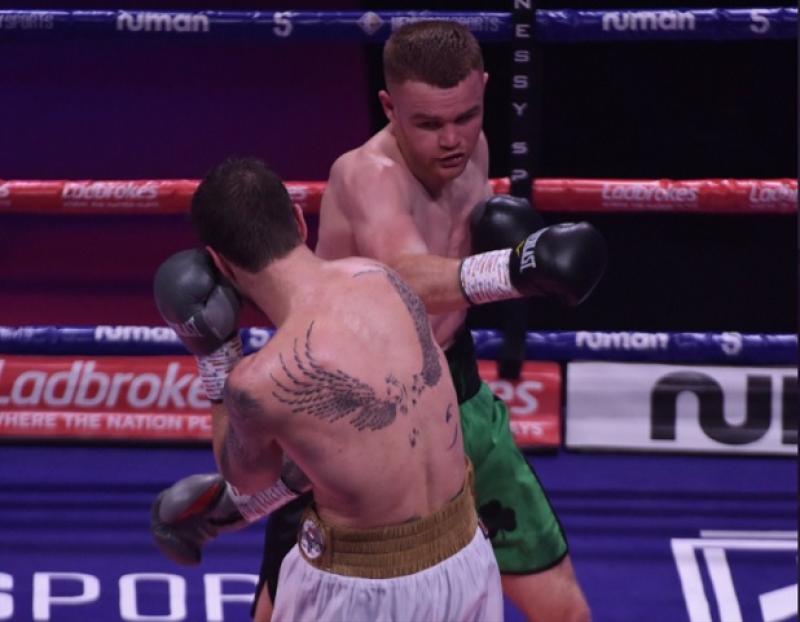 The former Oakleaf ABC boxer was performing on the undercard of Craig Richards’ British Light-Heavyweight title win over Shakan Pitters.

Ardon was a last-minute replacement and was a significant challenge given that he weighed almost a stone heavier than the St. Johnstone man.

But McGinty kept his focus and boxed very well, winning four of the six rounds in all.

McGinty started well and won the first four rounds, before drawing the fifth. Ardon came out in the last knowing he needed something special to pull the win back but despite doing enough to win the round, he didn’t come close to McGinty on the night on what was a solid debut from the young fighter.