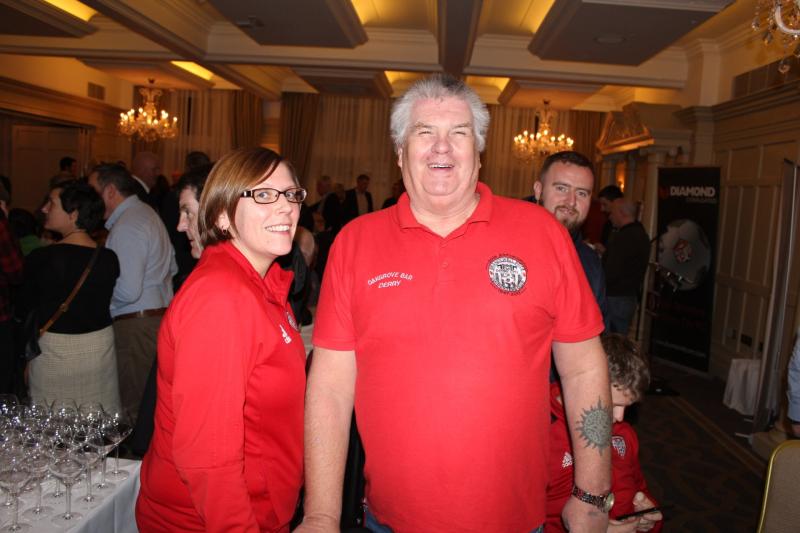 Hugh, arguably the club's biggest supporter over the years, followed Derry City home and away for decades, and worked in a number of different volunteer roles with the club in his time.

A member of Brandywell Pride, Hugh ferried City fans to games around Ireland and was well known and liked throughout Ireland.

Norman Shongo, a fellow Brandywell Pride member, said he would be badly missed.

"Everyone knew Hugh and everyone loved Hugh," said Norman.

"He took us all over Ireland in his mini-bus and even the away fans knew him. He was always so kind and would always help anyone.

"He was Derry City through and through and it will be so strange not seeing him at the matches now.

"He loved watching Derry, even this year, with the fans not allowed in, he took a ladder and stood looking over the walls.

"There are so many memories from over the years, including dressing up as Santa in Paris and banging the drum at the Brandywell. He will be badly missed."