“It would be foolish to expect a top result but I`ll grabbing this opportunity with both hands." 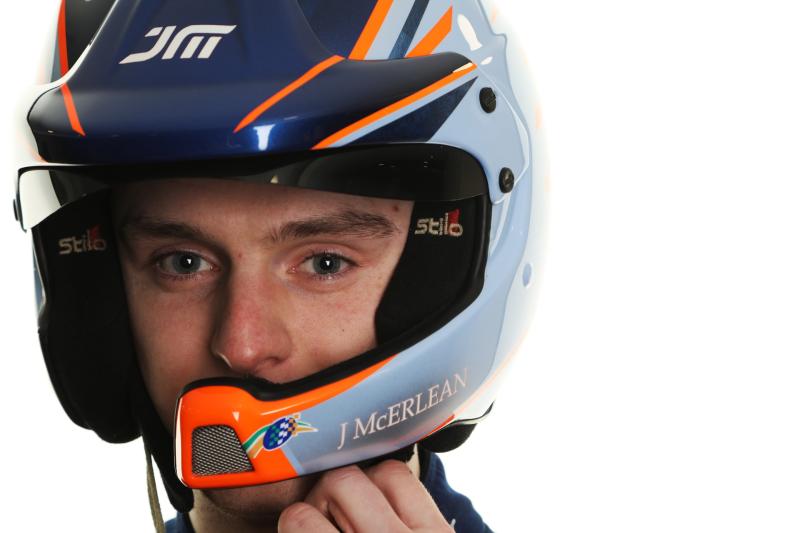 McErlean, 21 from Kilrea, will head to the all-asphalt event for his maiden outing in the ERC, considered to be one of the most competitive championships in the world, often attracting stars from the WRC and the best local drivers from the surrounding countries. Keaton Williams will join him in the co-drivers seat of the PCRS Rallysport run Hyundai.

With Covid-19 forcing the cancellation of the British Rally Championship in March, McErlean’s season was thrown into jeopardy and the rapid youngster was forced onto the sidelines. However, thanks to the support of the Motorsport Ireland Rally Academy and Hyundai Motorsport Customer Racing he was able to contest Rally di Alba in Italy during August.

Despite the event being his closed-road competitive debut in the country, McErlean impressed, regularly setting top 15 times throughout the event to finish 17th overall in a field bolstered with rapid local experts.

With the hope of motorsport in Ireland returning during the Autumn, McErlean had readied himself for the popular Ravens Rock Rally in Waterford but with the event canceled due to the pandemic, an alternative was sought.

Thanks to the input from Motorsport Ireland and the MI Rally Academy, McErlean will now embark on one of the toughest events of his career, joining fellow MI Rally Academy member Callum Devine as a two-car team for the showcase event.

“I’ve been very lucky and fortunate enough to have some amazing experiences during my motorsport career and I`ve always looked at the ERC as one of the key goals of my pathway,” says McErlean.

“So when I got the call to say there was a possibility of heading to Hungary it was one of those ‘school kid in a sweet shop` moments to be honest and I began preparations straight away. The fact that it's now going to happen is pretty surreal but I`m very excited for it that’s for sure”.

With only three competitive outings under his belt so far in 2020, McErlean will undoubtedly have his sights set more on experience that outright pace at the grueling event which offers almost 200 kilometers of fast yet narrow roads which have the potential to become mud strewn should the weather dictate.

“It would be foolish to expect a top result but I`ll grabbing this opportunity with both hands,” he says.

“I`m putting a lot of work into the pre-event preparation and I`ll be looking to drive smart and get the valuable experience under my belt. I know how hard this rally can be so being the second driver in the Motorsport Ireland Rally Academy and PCRS Rallysport team alongside Callum [Devine] means I can learn from those around me and take in as much information as possible”.

“I`m not underestimating how big this challenge is” he continues.

“The ERC is a mega championship with great reach and is always ultra-competitive. There is a lot of people who have put a huge amount of time and effort into this opportunity, from Hyundai Motorsport Customer Racing, Michelin Motorsport, John Coyne, the Rally Academy board and all of my personal sponsors. I cannot thank them enough for putting their faith and trust in me and I hope I can ensure the Motorsport Ireland flag is flown high on the European stage”.