Colm Quigley honoured as far away as Australia and South Korea 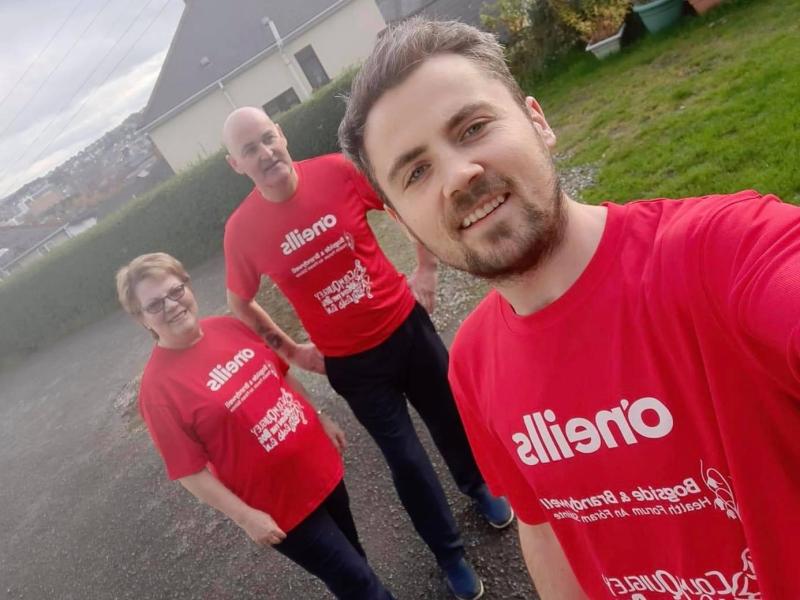 Opportunity arose from adversity for the hard-working staff of the Bogside and Brandywell Health Forum this year as they overcame the challenge of social distancing to hold arguably the most popular and far-reaching 'Jog in the Bog' event to date.
The 5k event, held each year in memory of Colm Quigley since his death in 2011, is one of the most popular events in the calendar for local runners, but with a number of other high profile events called off this year, it looked as if the run/walk would be put on the shelf until 2021.
Yet, that was never a desirable option for those in the Forum, who instead decided to make this year's 'Jog in the Bog' virtual, opening up doors never knocked on previously.
Aisling Hutton, Health Development and Social Economy Head, came up with the idea and, with the support of O'Neill's, aimed to make this the biggest and best 5K yet.
“We usually start planning that from March or April and it usually takes place slap bang in the middle of the Feile on a Thursday night,” Aisling explained.
“From March 23 we had to work from home so I came up with the idea of doing it virtually. What we wanted to do was target a worldwide audience so we could see our O'Neill's T-shirts pop up all around the world.
“We were really excited about the sponsorship from O'Neill's. We always have nine or ten local sponsors who religiously sponsor us every year and that goes toward our mental health services and then O'Neill's came on for the first time. Some of that sponsorship is going to fund six 'Couch to 5ks' in and around the Derry and Strabane area.Everybody that would take part in those 5ks would sign up for Jog in the Bog which gave us a legacy story already about getting people into running, and of course physical activity supports your mental health.”
What began as an idea grew into reality and this past few weeks has seen the Forum receive countless photos of runners from all over the world, who have completed the 2020 Virtual 'Jog in the Bog'. From South Korea to America to Australia, the event has reached corners of the world it never has before.
“It gave us the opportunity to go around the world,” Aisling continued.
“The physical race is around the Brandywell the Bog, Bishop Street and the Fountain, but because it was virtual, and it was in your own hands, from October 5 you could have run that race, or walked it, or cycled it, and they could do it beyond Derry.
“We all knew someone abroad - I had friends and family in Australia, we had people in America, England, Scotland, Jersey and even Dubai. We also had Daniel in South Korea who is the nephew of Colm Quigley who the race is dedicated to, so it gave us worldwide reach. We wanted to get our name out there so show that we could do it and also to raise that wee bit more money to put it back into our mental health services. It was also good for O'Neill's who got to see the T-shirts all over the world. It was a really, really big thing for us and we were all really happy with that.”
The most important aspect of the event of course the continuation of vital mental health services run by the Bogside and Brandywell Health Forum. The success of this year's 'Jog in the Bog' ensures that continuation.
"We knew going forward through Covid, that our influx of people coming to us for one-to-one counselling was going to soar over everything that has happened before, and that has been the case," Aisling explained.
"It gave people a focus and got them out into the running industry. That physical activity improves your mental health and while there's World Mental Health Day, we do that all year round within the Health Forum.
“What we wanted to focus on was showing people's successes and showing people that when you put your mind to something, you can do it and that's really important, setting yourself a goal and a target. World Mental Health Day for us was about showing everyone's pictures and comments on social media, and it's safe to say that we were all buzzing that weekend, because our social media was really busy."