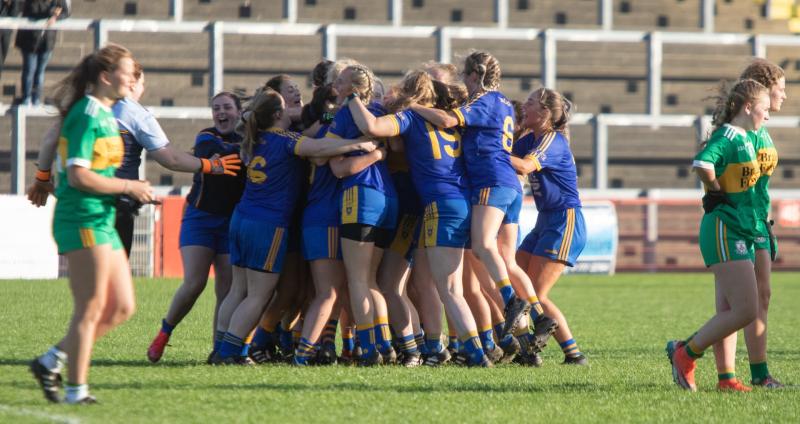 Steelstown Ladies will meet Carrickmore in the quarterfinals of the Ulster Championship after a blistering start at Pairc Bhrid devastated Monaghan Intermediate champions Magheracloone.

Two goals from Ciara McGurk within the first six minutes set Steelstown on their way and they had the game all but won at half time in a dominant display from the Derry champions.

McGurk got Steelstown off to a dream start by finding the net just 35 seconds into the game, and she was ruthless again as she doubled her tally five minutes later, making it 2-2 all on her own to Magheracloone’s solitary point.

That gave the Ladies the basis to go on and dominate the first half, which they duly did, Aoife Collins, Orlagh McGeough, Leah McMonagle, Clodagh Laverty and Emma Crudden all joining McGurk on the score sheet as the hosts went into the break 2-12, 0-2 ahead, with the contest all but over.

The second half started brilliantly for Steelstown with Ella Rose Sainsbury scoring a terrific goal and there was now no way back for Magheracloone.

The second half was made more challenging for Brian Ogs when Enya Doherty was sin-binned and the visitors took advantage, with Leanne Maguire in particular coming to the fore.

There was never any danger of a comeback however and despite Maguire racking up a number of scores to keep the margin respectable, two Emma Crudden frees kept the two teams safely apart in a largely one-sided game.