NW Cricket Union has announced that it is to receive funding of £35,000 from Council to help support the high-profile International T20 games 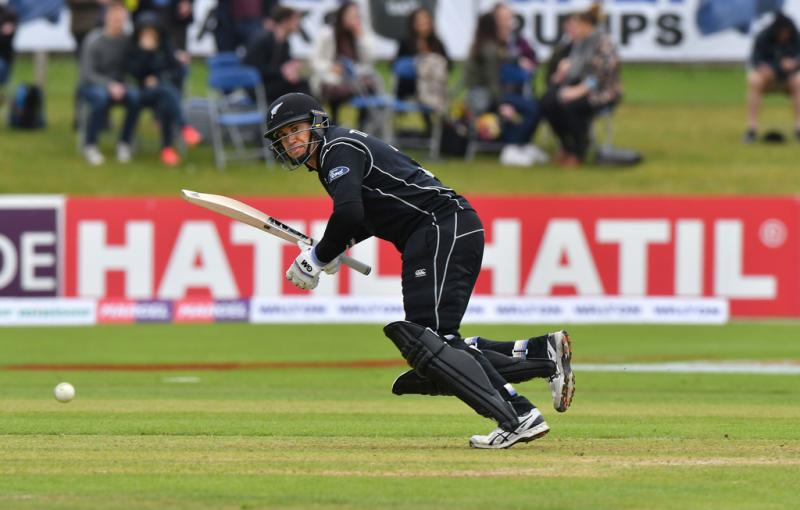 Ross Taylor will be a big draw for the Black Caps at Bready.

The North West Cricket Union has announced that it is to receive funding of £35,000 from Derry & Strabane District Council to help support the high-profile International T20 games between Ireland and New Zealand at Bready scheduled for this summer.
Kane Williamson's side will play a three-match series against the hosts with the games taking place on 19, 21 and 23 June.
Bringing the World Cup finalists to the North West is a massive coup for the local Union however with the game set to attract global attention and television viewers in the millions worldwide, the staging costs will be high.
Union Chairman Brian Dougherty and General Manager Peter McCartney have been hard at work in terms of attracting the necessary funding over the past number of months and were delighted to get the green light from Council last week.
Confirming the details of the support, Mr Dougherty said that DSDC had agreed to help with the cost of ground equipment, legacy grassroots programmes and marketing & media promotion.
"The confirmation of Council's financial commitment to this major sporting event represents a significant landmark in relations between our Union and DSDC. We are grateful not only for their monetary contribution but also for how they have committed to ensuring the series helps promote the region on the world stage" he began.
"We are confident their support will also help lever additional finances going forward. This of course is also testament to the work of the Union, the hosts Bready CC and also Eglinton CC who will facilitate New Zealand training sessions during their stay here. We must also recognise the ongoing support of Cricket Ireland for cricket in the region and their backing for staging such high profile games in Bready."

Opportunity
Mayor, Michaela Boyle echoed those sentiments and suggested that this was an opportunity to show the sporting world what the North West has to offer.
“The Cricket World Cup finalists coming to Bready for a competitive senior international is exciting news not just for cricket fans but for the wider sports fraternity in the North West."
“I am delighted that Council have been able to support this high level fixture through the National Event Fund and I would like to congratulate Bready Cricket Club and the North West Cricket Union for their tireless work to secure these games."
“This is one of the biggest sports fixtures to ever take place in our Council area. The games are an opportunity to showcase our region as a host for world class sports events both to the many spectators who will arrive in the city and to the viewers of Sky Sports."
“We look forward to working with Cricket Ireland to host the players and supporters of New Zealand and cricket fans from all over Ireland, we can promise you an unforgettable experience in our City and District.”