Crowds return to the Brandywell under Devine

Derry City are one of the best supported teams in Ireland, based on attendance figures at the Brandywell in 2019. 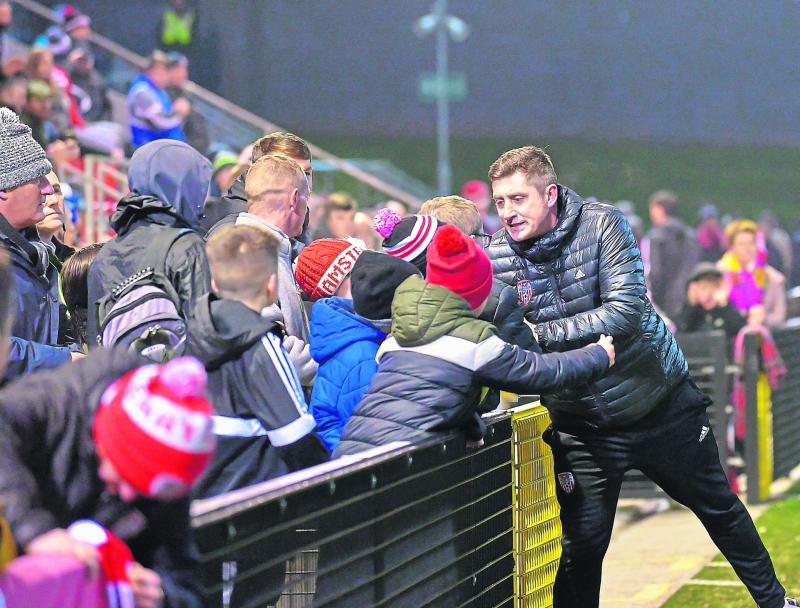 Declan Devine and his team brought big crowds back to the Brandywell in 2019.

Interestingly, though, there are also details that take in Irish League attendances which give an indication as to the support of clubs when compared on the island of Ireland.

According to the attendance figures for both North and South, Derry City come in at number 4 of the 32 teams analysed with the average attendance for a league game in the 2019 season estimated at just over 2600. While the figures are based on a full League of Ireland season, those for the Irish League Premiership (which runs from September to May) are based on the first eight games of the current season.

Nevertheless, with much talk in recent months about a possible all-of-Ireland league at some time in the future, the findings make for interesting reading.
The top five best supported clubs in Ireland are all in the League of Ireland, namely Shamrock Rovers, Bohemians, Dundalk, Derry City and Cork City. Linfield come in at number six.

Only one other Irish League club makes the top ten, Linfield’s great Belfast rivals, Glentoran. The other places are filled by Sligo Rovers, St. Patrick’s Athletic and Waterford.
The author of the attendances report, Gareth Penrose, notes that in the event of forming a an All-Ireland 16 team top flight - using attendances to qualify - then it would “consist of nine League of Ireland teams and seven (Northern Ireland) Premiership teams, and, based on the current attendances, would have an average attendance of 2,108. 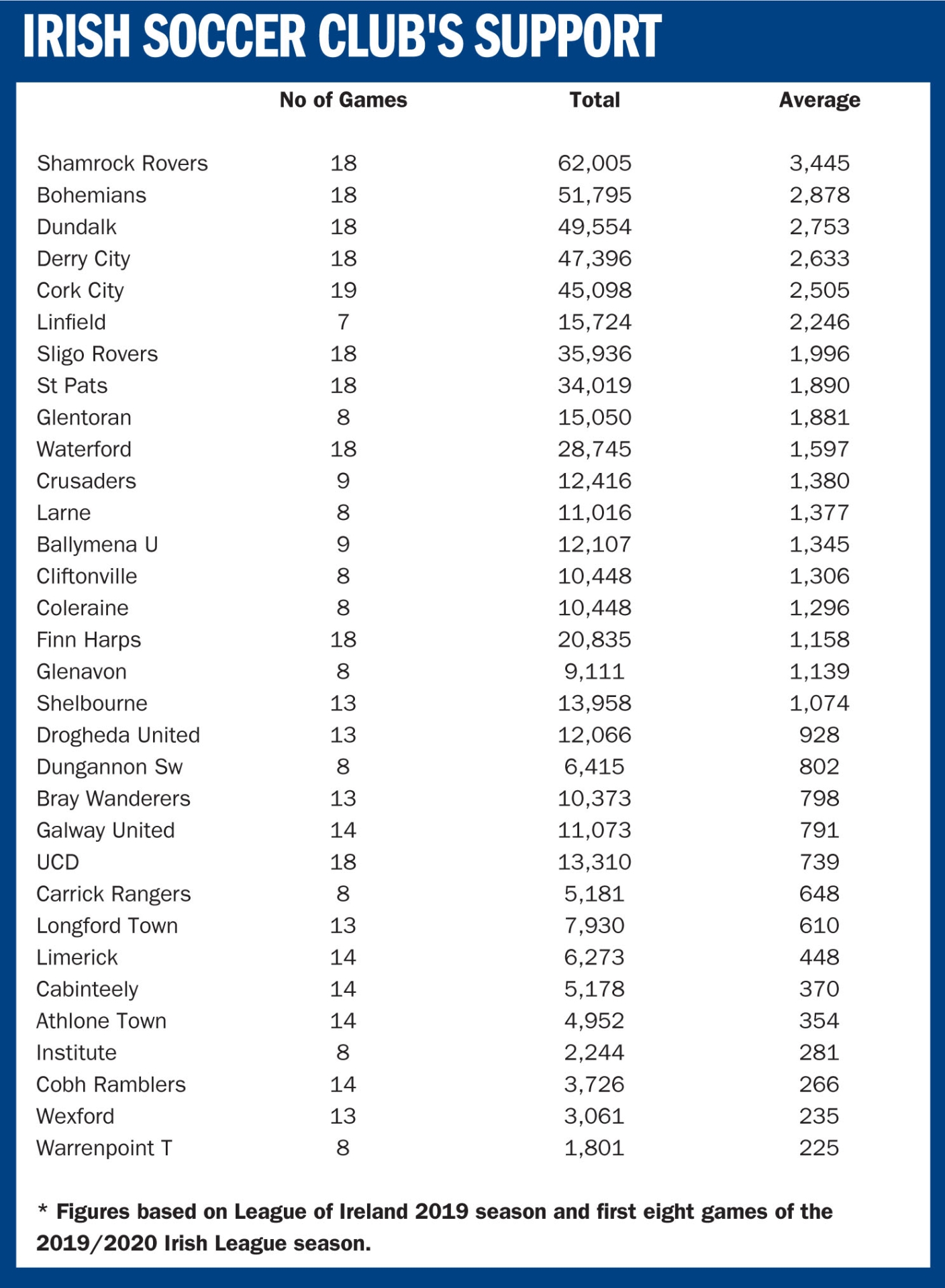 The lower tier, made up of five Premiership and 11 League of Ireland, would have an average attendance of 604.
However, in the recent speculation about an All-Ireland league - driven by businessman, Kieran Lucid, and backed by former Irish manager Brian Kerr - the vision is for an effective merger of the League of Ireland and the Irish League with a new 14-team top flight and two ten-regionalised leagues below it.

All the indications are that - whatever way you decided how a team qualifies - City would be in the regionalised northern division.
On the plus side, trips below a Dublin to Galway line would most likely become a thing of the past for league games.
And rather than trips to the likes of Bray Wanderers, Cobh Ramblers, and Wexford, there could be the mouth-watering prospect of heading to see the Candystripes in action at the National Stadium against Linfield, the Oval against Glentoran, Solitude against Cliftonville or a derby clash with Coleraine in the Ryan McBride Brandywell Stadium.

One final point, the figures do not include the Irish League Division One clubs. Among its teams are “sleeping-giants” Portadown (who can command considerable support), and two sides that would be in derby territory for Harps, Ballinamallard from Fermanagh and Dergview from Tyrone.