City of Derry RFC host an evening with . . . Nigel Owens 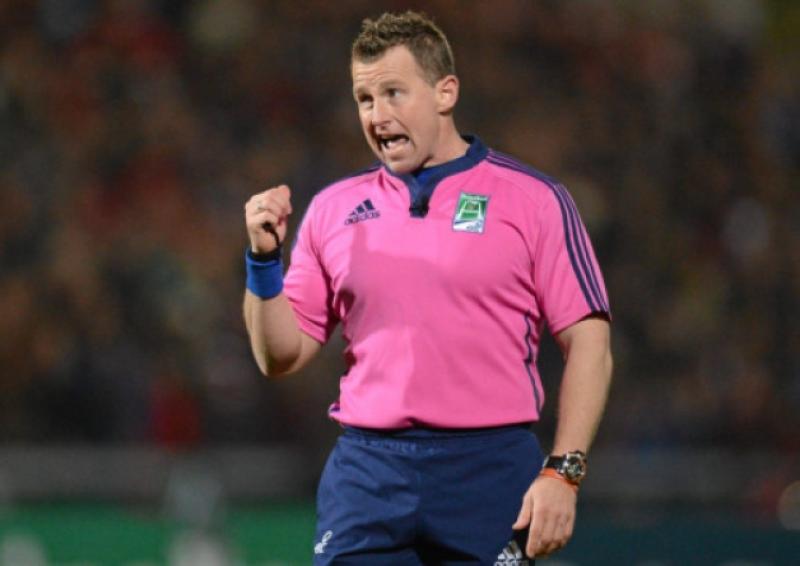 Former referee Nigel Owens who comes to the city this evening

The most famous name in rugby refereeing is coming to Derry this evening - for a special City of Derry RFC fundraiser.
Welshman Nigel Owens commands massive respect in the game - and beyond - and his visit to Derry could hardly be more timely.
The world record holder for the most test matches refereed, he confirmed last Friday that he has taken charge of his last World Cup game.
His final World Cup match was a classic; and one that will be recalled for many years. He was the man in charge for England’s 19-7 semi-final win against New Zealand.
A calf injury ruled him out of any involvement in Saturday's final between England and South Africa.
But in typical Owens style, he noted that France's Jerome Garces was "deservedly" selected to take charge of that game.
"When I got that semi-final appointment deep down I knew that was my last World Cup game," he told BBC Radio Wales.
"I wasn't feeling gutted I wasn't involved in the final. Yes the injury has ruled me out of the equation - I would have been part of the equation - but in all honesty I think Jerome Garces would have done the final whether I was injured or not and deservedly so.
"He's refereed well in the World Cup, he's refereed extremely well over the last couple of years and I believe if you've done the World Cup final once, then if someone else is reffing well enough then they deserve to do it before you do the second time. “
ButOwens is not hanging up the whistle just yet.
"I'm not done yet at domestic and international level, but at World Cup level that was my last game so I went into that game making sure I was going to enjoy every minute of it and I was going to do my best for the most important people in a World Cup semi-final - which was the players. What a great game to finish your World Cup career."
Owens has had many highlights in his refereeing career, including the 2015 World Cup final at Twickenham, where New Zealand beat Australia 34-17.
In May 2007, he publicly came out as gay, and received consierable support. He said that coming out was a difficult decision, and that he had contemplated suicide at one time.
He has been a leading figure in tackling homophobic abuse both within the sport and in wider society.
Outside of the sport, he is also a TV personality in Wales, having presented a number of shows on the S4C Welsh television station.
Meanwhile, he is set to referee a Welsh game for the first time on November 30 when Wales face the Barbarians.
He is getting special dispensation from World Rugby as officials are usually selected from neutral nations.

Nigel Owens Dinner
“An Evening wIth Nigel Owens” will be held in the White Horse Hotel on Thursday, November 7, at 7.30 pm..