A ground-breaking new cross-border soccer competition - which will include three sides from the city - looks set to get underway next month. 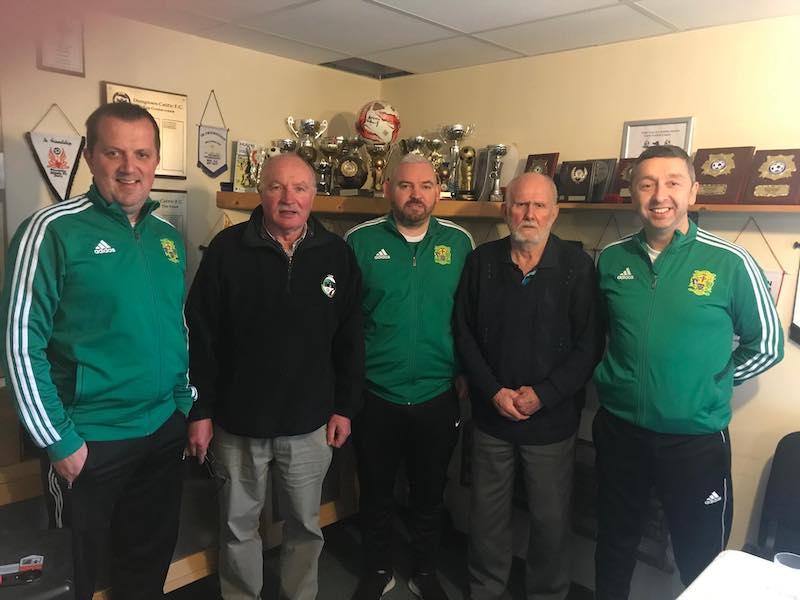 A ground-breaking new cross-border soccer competition - which will include three sides from the city - looks set to get underway next month.
Details of the North West of Ulster Intermediate Cup were announced in October, and it was initially intended to begin this weekend.
However, due to a number of issues in relation to agreeing on fixtures, it has now been put back until next month.
The competition will involve seven teams from the Northern Ireland Intermediate League and six from the Ulster Senior League, which is made up of five sides from Donegal, plus Derry City Reserves.
Derry clubs Maiden City and Newbuildings United will be involved in the new competition, along with Co. Derry sides Magherafelt Sky Blues, Dungiven and Newtowne (Limavady) as well as Tyrone teams Ardstraw (Newtownstewart) and Strabane Athletic.
The new competition is the first of its kind as a cross-border format at intermediate level.
Commenting on the decision to push the start of the competition back from its original scheduled date, Ulster Senior League PRO, Chris McNulty, told the Derry News there was “an issue with clashing with other competitions” and this has led to the delay.
Many of the teams are involved in at least four other competitions.
But he added that the competition “will start before Christmas.”
The innovative competition is a collaboration between the Ulster Senior League and the NI Intermediate League.
Aside from Derry CIty Reserves, the other Ulster Senior League’ clubs taking part are: Finn Harps Reserves, Bonagee United, Cockhill Celtic, Fanad United, and Letterkenny Rovers.
A group of six and a group of seven will play off in the first phase of the competition. Teams from the same League will not play against each other in the group phase.
“This will freshen things up for our Leagues and all of our clubs are excited about the new competition,” said Ulster Senior League secretary Niall Callaghan.
“There will be some great games in store and it will be a good standard. Something like this is just what our League needed and the clubs from the NI League feel the same. Both Leagues are in similar positions at the moment and we’re delighted to get it over the line.
Both the FAI and IFA have assisted in getting the competition off the ground.
Group One comprises: Newbuildings; Finn Harps Reserves; Strabane Athletic; Bonagee United; Ardstraw; aND Fanad United.
Group Two will be made up of: Maiden City; Letterkenny Rovers; Dungiven; Cockhill Celtic; Newtowne; Derry City Reserves; and Magherafelt Sky Blues.
Opening fixtures, dates to be confirmed: Newbuildings v Finn Harps Reserves; Strabane Athletic v Bonagee United; Ardstraw v Fanad United; Maiden City v Letterkenny Rovers; Dungiven v Cockhill Celtic; Newtowne v Derry City Reserves.