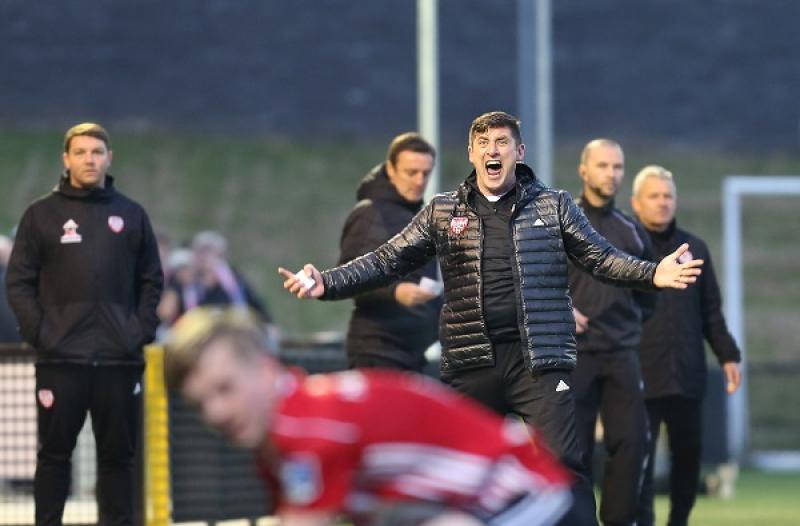 Derry City manager Declan Devine vents his frustration during the defeat at the hands of St. Patrick's Athletic

St. Patrick’s Athletic kept their hopes of European football alive with a smash and grab win at the Brandywell.

Two goals in three minutes from substitute James Doona sealed the points for the Dubliners who now move to just two points behind Derry City in fourth place with one league game remaining. 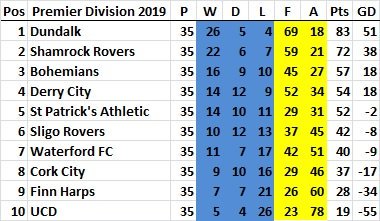 After a forgettable first half, Derry got the goal the game desperately needed on 52 minutes when Ciaran Coll raced into the area and as Clarke came out to narrow the angle, he simply rolled the ball across the face of goal for David Parkhouse to slot home his 19th goal of the season.

The game was now more open and it did not take St. Pat’s long to level the game when Ian Bermingham’s shot deflected kindly into the path of Chris Forrester who turned and fired low past Cherrie into the net to make it 1-1.

The final 15 minutes were extremely tense with the game in the balance but Derry came within inches of restoring their lead when Junior released McDonagh on the right and his low ball shot right across the face of goal with no Derry player there to touch it into the net.

The Brandywell was stunned into silence however as St. Pat’s scored two goals in three minutes to seal the win. Substitute James Doona, on the pitch a matter of moments, raced clear of the Derry defence and sent the ball past Peter Cherrie who didn’t move as the ball rolled past him into the net.

Derry tried hard to respond but they were stunned again when Pat’s broke after Darren McCauley lost the ball in an advanced position and Jake Walker picked out Doona who got in behind again and slotted the ball past Cherrie to seal the win for the visitors.