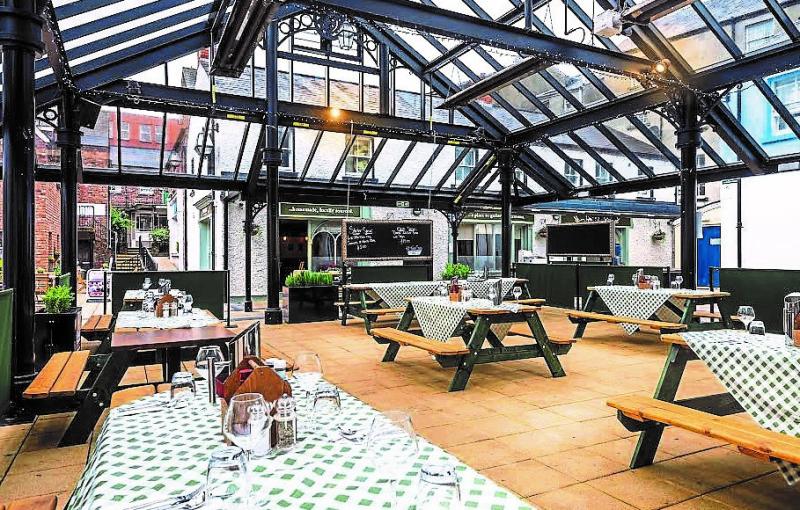 Chefs Phelim O’Hagan and Ray Moran’s new venture will be a standalone restaurant that sits adjacent to its four-year-old sister establishment, Soda & Starch, in the Craft Village in Derry.

Dickensian in appearance and delightful in layout, Derry’s Craft Village is a cultural oasis in the heart of a vibrant city.

Following the success of the outside dining concept at Soda & Starch this year, Ray Moran, in collaboration with Phelim O'Hagan, decided it was time to introduce something new and revamp the existing interior space. A significant investment has been made to create a new dining experience and a completely new look.

Artis (Latin for Craft), offers a new high end dining experience in the Craft Village. It will be a popular choice for those living in the city and for those visiting the city.

It is gearing up to raise the gastronomical bar when it opens its doors on November 26.

A celebration of local produce, married to more than 43-years of Michelin Starred restaurant experience, and enveloped in an ambience that sets the scene for family gatherings to long-needed reunions, Artis is just what Northern Ireland’s hospitality scene needs.

Occupying the interior site of the already critically acclaimed Soda & Starch venue, which rose to prominence during lockdown for its outdoor dining, that offered a tantalising culinary respite from homecooking, Artis is the creation of Great British Menu Chef Phelim O’Hagan and North West businessman and chef, Ray Moran.

Mr Moran has attracted a host of accolades for Soda & Starch over the years including featuring in the Top 100 Restaurants in Ireland rankings for the years 2019 and 2020. It has also featured in the McKenna’s Guide three years running and has taken the award for North West Restaurant of the Year, among others. 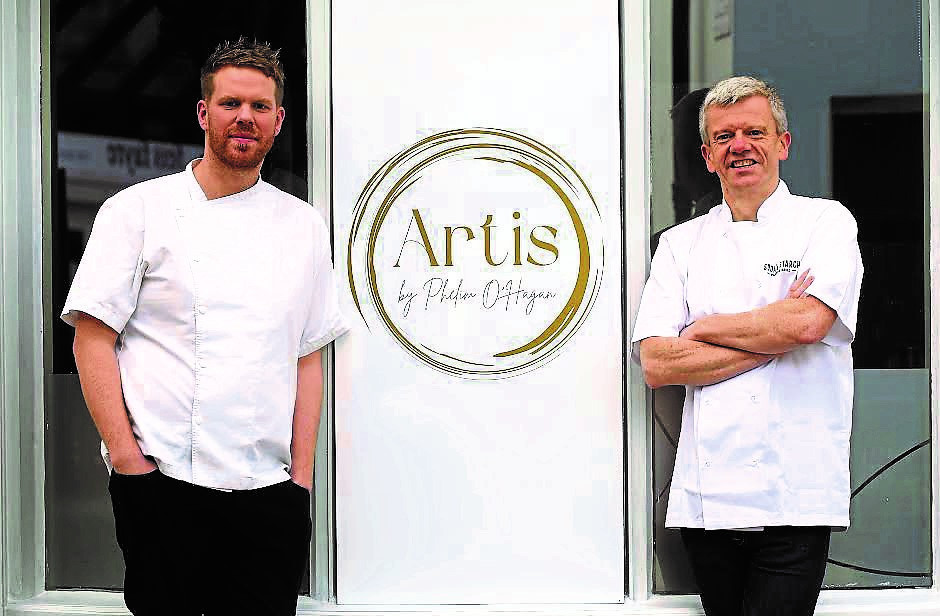 After a hearty career that saw him work at numerous Michelin Star venues and a sensational Great British Menu role, Phelim reconnected with Ray, his life-long mentor, to create Artis.

Chef and business owner Ray Moran said: “Soda & Starch has generated a reputation for providing a seasonal menu for every palate and over lockdown it evolved into an outdoor offering that drew visitors from near and far.

"The outdoor dining experience will continue to be available between St Patrick’s Day and Halloween and it is also available for private bookings.

“We are now complementing that offering by opening Artis by Phelim O’Hagan which we see transforming the interior of this venue into an autonomous food destination for those in search of exceptional food.

“I am delighted to work with Phelim on this adventure having enjoyed watching his career mature to make him one of the best in the industry today.”

Head chef Phelim O'Hagan  added: “It is with pleasure, after all these years, to put my name to a restaurant in my hometown and work with Ray again.

“Ray has been a mentor and a solid influence in my career and I know, together, we have created something magical for those with a penchant for good food.

“We are confident Artis is going to leave a mark on the food trail here and make Derry a contender for one of the UK’s greatest places to dine in.

“Artis is a true celebration of the best quality local Irish ingredients; cooked using both traditional and modern techniques. It will offer an exceptionally high-quality service, providing an experience for all the senses.

"We look forward to welcoming our customers on November 26. The Craft Village in Derry has come alive over the last 12 months, providing an eclectic mix of artisan craft shops, cafes and restaurants. It is fast becoming a food destination”.

The restaurant will create an additional ten new jobs. For the perfect Christmas gift, why not treat your friends and family to an Artis gift voucher.

To make a reservation or purchase a gift voucher, email info@artisatcraftvillagederry.com