The former Dungiven Celtic player has linked up with Northern Ireland U16s. 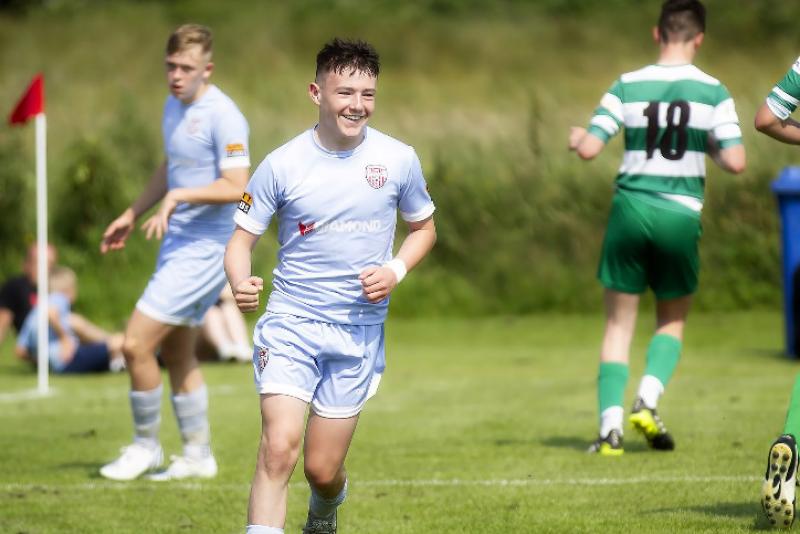 A former Dungiven Celtic youth has travelled with the IFA to Krakow, Poland this weekend with the Northern Ireland U16 squad.

Dungiven lad Mikey Harkin is currently a member of the Derry City FC U15 team and has been racking up goals whilst learning his trade with the Candy Stripes. Just ahead of his departure for Poland Mikey scored twice for Derry City youths against Finn Harps in the elite section of the U15 League of Ireland to see his side run out 3-2 winners.

Harkin played for Dungiven Celtic through his youth development stages, and is a student at St. Patrick's College, Dungiven. 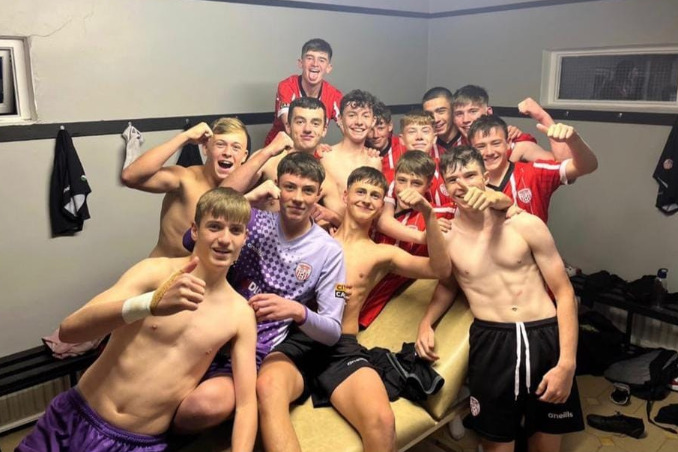 The school posted their best wishes to Mikey ahead of his trip via their social media,

“Congratulations to Year 10 pupil, Mikey Harkin on his recent selection into the N.Ireland U16 Soccer Squad for their upcoming trip to Poland.

Mikey was invited to a residential in June with NI for three days in Belfast after scoring 9 goals in his first 10 league games for Derry City.

“Mikey has made many sacrifices since signing for Derry City in January and this is a fantastic reward, the first of many hopefully.”

Mikey is one of five players from the Derry City Academy who have been included in the Northern Ireland squad for the challenge game in Poland. 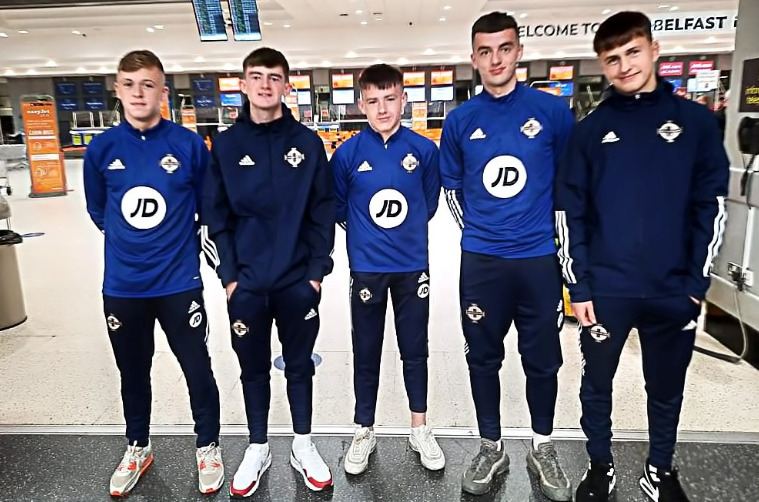 All five players are members of the Derry City under 15 panel, and with the Northern Ireland lads faced Poland's U16 team this afternoon (Tuesday).

Following in his Dad's footsteps Mikey is a huge Nottingham Forrest fan and he is keeping a close eye on the progress of fellow county Derry man Aaron Donnelly.

Mikey travelled to Forest in January to watch his side take on Derby and chatted to Donnelly after the game.

Mikey set off on Saturday for his NI international debut and has been sent best wishes from across the North West.

“Couldn’t let you go to Poland without saying a few words about you. From the first time I saw you kicking about as a 5 year old, I always knew you were destined for big things.

“The work, commitment, passion and dedication all pays off.

“I’ve no doubt you’ll go on to even bigger things and I for one was glad to have the privilege of coaching you for all them years. Good luck on your new adventure.”

Speaking to the County Derry Post last week, Mikey's parents Seamus and Tricia expressed their appreciation for all the support shown to their son,

"We are very grateful to the local community for their support of Mikey, and also to Derry City FC. Mikey has been made feel at home from his first training session last December by his coaches and team mates and their parents.

“They are a great group of people and we really appreciate it."

Kris Lindsay's charges took on Poland this afternoon (Tuesday) at 4pm at the Municipal Stadium, Lubliniec, and will return to the same venue to face them again on Thursday August 25 at 10.00am local time.