The Convoy teenager has been carefully mulling over offers in recent weeks. 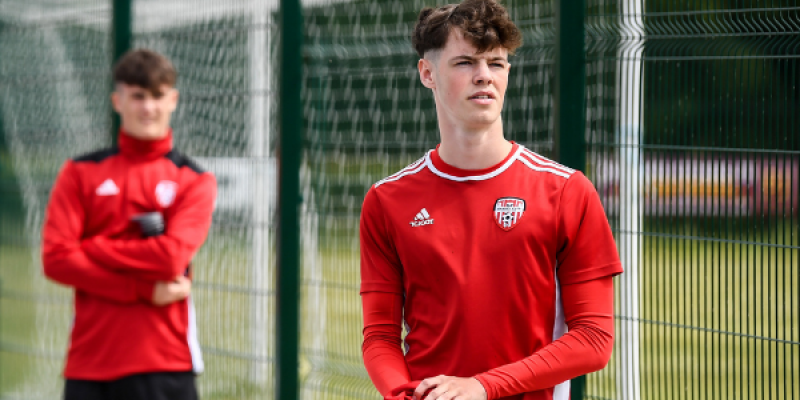 The 19-year-old will initially play for Colorado Rapids 2 in the MLS MNEXT Pro Regular season.

Harris, who was on the books of Derry City in 2021, had interest from clubs in England and Scotland, but, as revealed by Donegal Live last month, has plumped for Colorado Rapids.

The 19-year-old Convoy man, who had several offers on the table, has agreed a two-year contract

The LyIT student has been carefully mulling over his offers in recent months.

beating Bohemians in the final. Harris netted the winning penalty in the shoot-out.

Harris was out of contract at the Brandywell, but was offered a professional deal by Derry City

Rapids have described Harris as a ‘stealthy attacker’.

“Rapids 2 announced the signing of Irishman Michael Harris on Friday morning to the new MLS NEXT Pro team in its inaugural season,” the club said.

“Harris, a 19-year-old striker and League of Ireland talent, brings a punch of offensive prowess to the Rapids 2 attack”