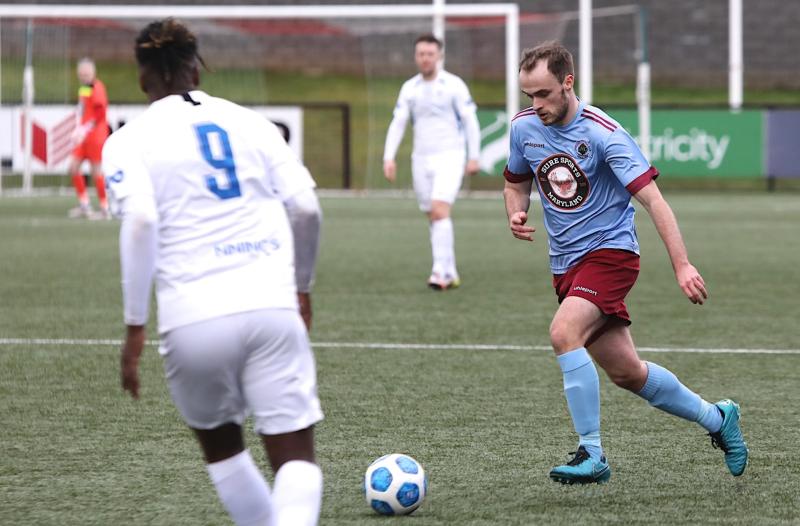 ‘Stute prepare to travel to Dundela this weekend.

Institute are hoping to make it successive league wins for only the third time since August when they head to Dundela this weekend.

Brian Donaghey’s team are in great form at present and shocked promotion hopefuls Ballinamallard last week with a 2-1 win at the Brandywell. It has taken them to within two points of Knockbreda in 10th position in the Lough 41 Championship, meaning a few more positive results could see them finally break out of the bottom twp.

“Last Saturday was pleasing to be fair,” Donaghey said. “I think we’ve had a few games recently where we’ve been knocking on the door of a big win and it finally came and that’s testament to the lads. I was delighted for the players. They were one of the better football teams we have played to be honest.

“With the couple of additions we brought in during January, we look slightly stronger. They managed the game really well and we may have had a bit of luck with the o.g but it was well deserved. We have been on the wrong end of so many poor decisions recently and I think it was only a matter of time before the boys got their just rewards.”

Donaghey also praised top scorer Benny McLaughlin, who scored a superb equaliser against Ballinamallard last week, his 13th of the season, showing signs that he is getting back to his best after a spell out of the team.

“Benny had started off like a house on fire when I first came in and he was probably our talisman to be honest,” Donaghey explained.

“He really stepped up to the plate, but he did have a drop in form and we had a good chat about it. I don’t think it was anything he was doing wrong but it just wasn’t happening for him.

"We had a frank discussion and we spoke about how we could regroup and make it better for him. He worked hard in training and we left him out for a few games.

“Sometimes it’s not a bad thing to sit and watch because he’s been involved in every minute if every game and that maybe helped him get a wee bit of hunger and desire back. His goal on Saturday was first class and he worked hard last week against Ards in an unfamiliar position. He’s got back to basics which is something we spoke about and I’m delighted with him.”

The draw against Ards and the win against Ballinamallard means that ‘Stute are in the top three in-form teams in the Championship at the minute with only Loughgall and Annagh keeping pace with Donaghey’s team.

“It’s a really unpredictable league,” he agreed. “You could beat a top team one week and get beaten by the bottom team the next week. If you’re not on your game, if you’re below par at all in the Championship, you will get found out, and thankfully on Saturday we were competitive, which we have been in the last few weeks.

“We are getting the better players back on the pitch also; Liam Walsh is back and Cormac Burke is taking part and Stephen Doherty will hopefully be back shortly. 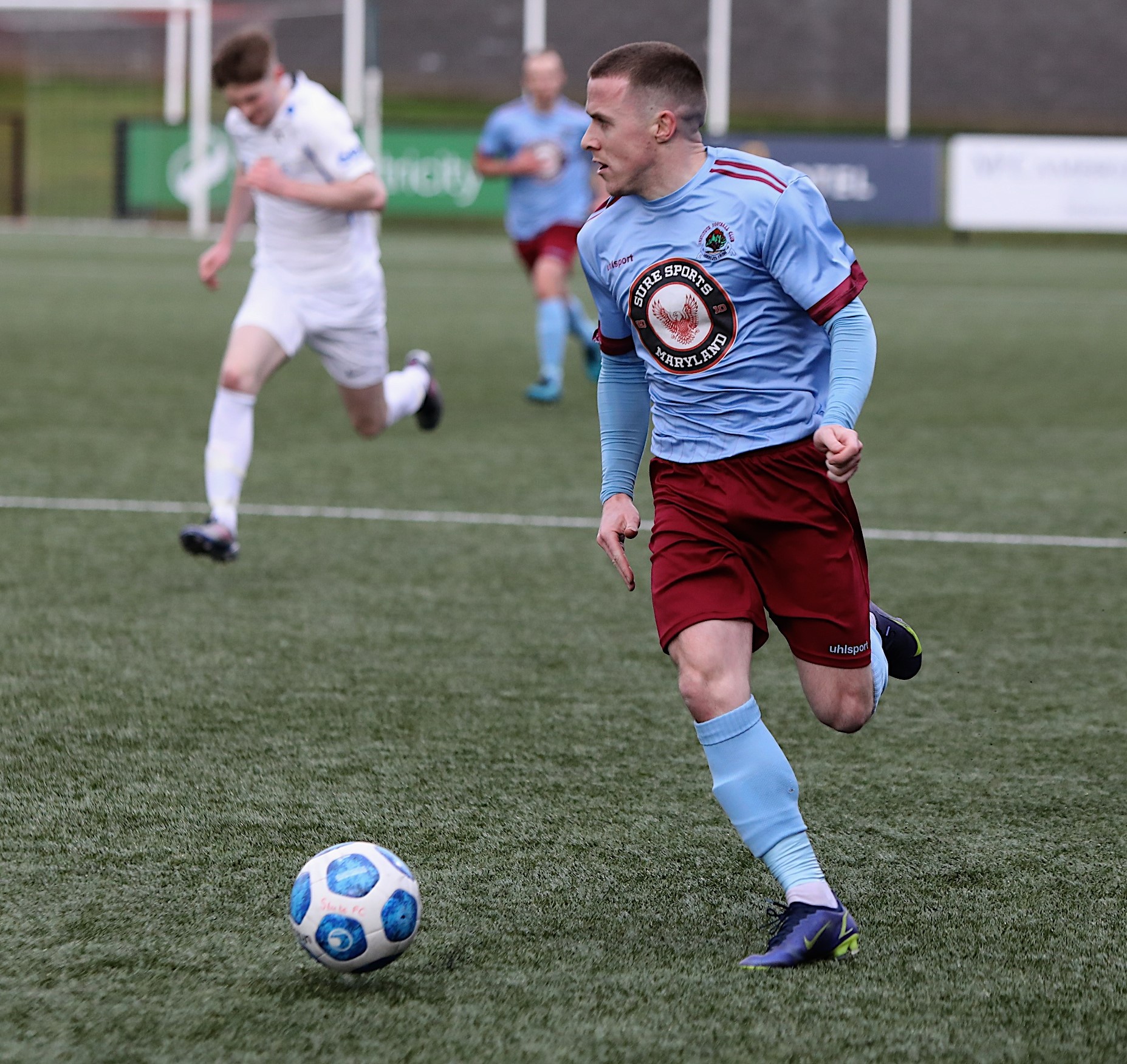 Benny McLaughlin took his tally for the season to 13 with his goal against Ballinamallard last week. Photos: Tom Heaney, nwpresspics

"Our bench is also really strong at the moment; there’s Jamie Dunne and Gareth Brown and you’re looking behind you and thinking ‘these players can make a difference’.”

One of the biggest factors in this week’s game at Dundela is the unique Wilgar Park, which is a great leveller for the home side, both in terms of size and width. It has caught plenty of opponents out before, and Donaghey has been busy preparing his team for what they can expect.

“Fair play to Dundela because I think they’re unbeaten in seven and their pitch is a difficult pitch to play on,” he explained. “If you’re not mentally focused on how to play on their pitch, then you will be found out. It’s a completely different surface and size of pitch which catches teams out and they have got big results against big teams in the past.

"But we will be going there with no fear and a game plan in place, and if we can execute that I’m hopeful we will get a result on Saturday.”