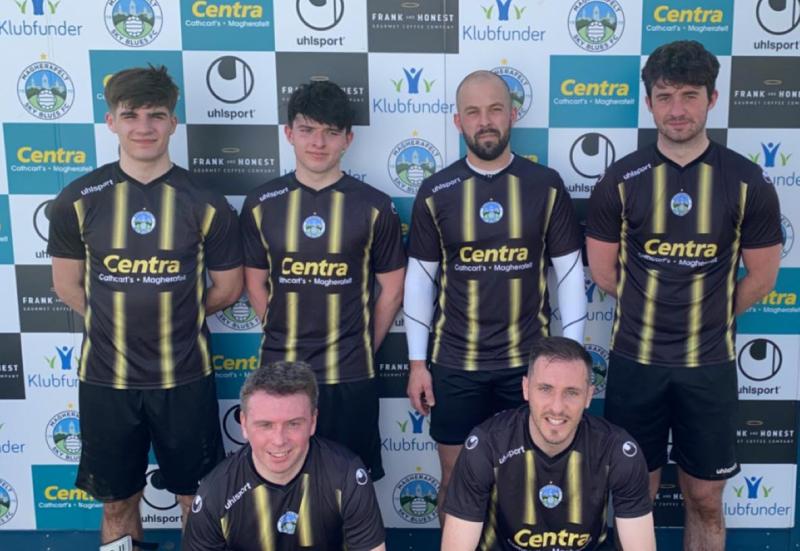 Magherafelt Sky Blues had their first run out of the season at home to Maghera Strollers on Saturday.

On a great afternoon at Spires Park, both teams were glad to get back to action, with the home side enjoying a comfortable win.

The young Blues side dominated for long periods and were rewarded with plenty of goals. To their credit, the Strollers never gave up and kept going until the final whistle.

The highlight of the game was the hat trick from the man of the match Aaron McGlade and it was good to see players returning to the Blues.

Manager Gary Rafferty and Coach Stevie Jordan were both delighted with the first outing of a new season.