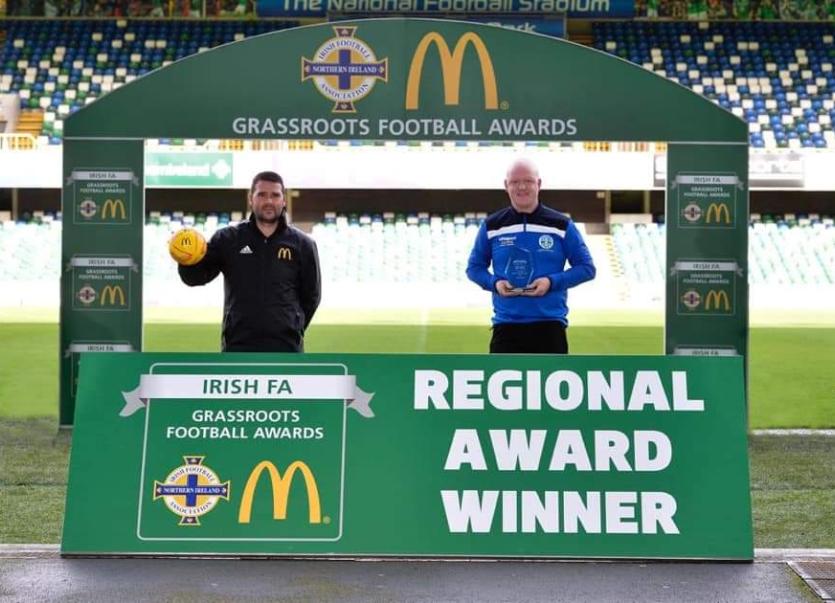 Christopher Brady, who also coaches the 2010s squad, was recently named as South West Regional Coach of the Year in the awards scheme which is sponsored by McDonalds.

"This award is thoroughly deserved as Chris puts a massive shift into our youth set up and is a top coach. Well done Chris," read a statement on the Sky Blues' social media channels.

Draperstown Celtic were named as the regional Club of the Year.