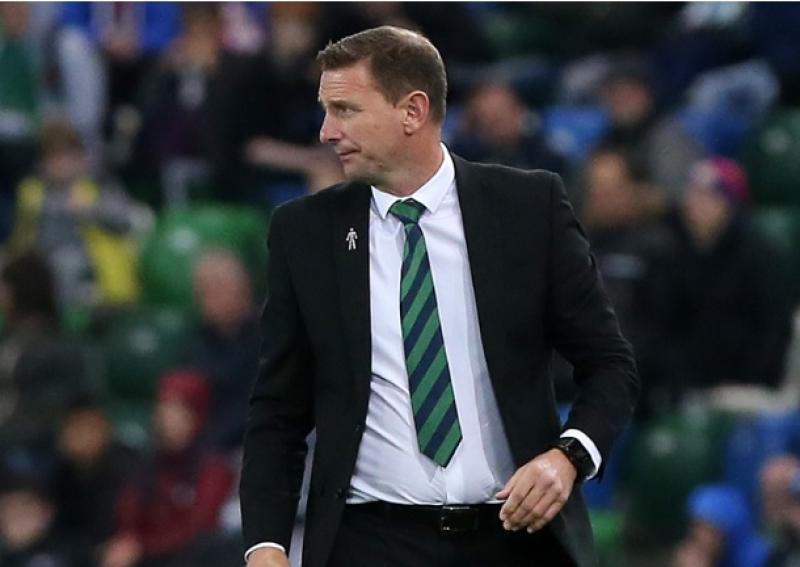 Ian Baraclough has been appointed as the new manager of the Northern Ireland senior men’s team.

The former Sligo Rovers manager, who was Northern Ireland's U21 manager, has signed an 18-month contract to become the senior boss.

Baraclough leads Northern Ireland into a packed calendar of games including UEFA Nations League, the UEFA Euro 2020 play-off semi-final away to Bosnia-Herzegovina, UEFA Euro 2020.  Should they get through, they would face the winner of Bulgaria and the Republic of Ireland in the play-off final.

“I was delighted to be linked to the job. To ultimately accept the role as the new Northern Ireland manager is an honour and a privilege. I couldn’t be more energised and excited to get going," Baraclough said, in a statement released by the Irish FA.

In 2018, Baraclough led the Northern Ireland U21 squad to impressive victories away to Spain and Iceland. The team finished second in their qualifying group for the 2019 Euro Under-21 Championships, narrowly missing out on a play-off place.

The 49-year-old had a 20-year playing career which saw him represent, among others, Queens Park Rangers, Notts County and Scunthorpe United. He moved into management in 2010, taking up the reins at Scunthorpe where he spent a season in League One.

In 2012 he was appointed manager of Sligo Rovers and quickly brought success to the west of Ireland club. He led Rovers to the league title in his first season at the helm, their first in 35 years. He also lifted the FAI Cup and the Setanta Cup in his two-year spell in charge.

He worked as a scout for Huddersfield having left Sligo in 2014 before moving to Scotland to manage Motherwell. He kept the Fir Park club in the Premiership after a play-off win over Rangers.

RELATED
- Kenny Shiels among five in the race to succeed Michael O'Neill. More...