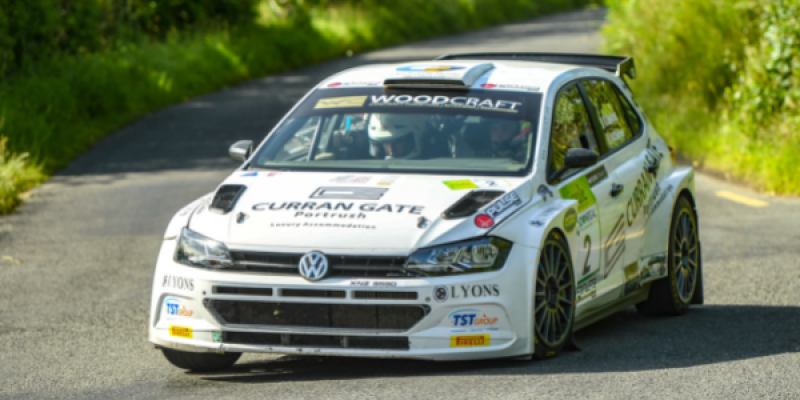 Callum Devine leads the way at the Donegal International Rally

The race is very much on as the battle for honours in the 2022 Joule Donegal International Rally intensifies.

Callum Devine continues to lead the way, the County Derry man out in front by 17.7 seconds.

“It’s a great race out there,” Devine, who has led from the end of SS1 on Friday at Dooish.

“You can’t slacken off here. You’re flat out all the time.

“We let Matt back into it a wee bit, but fair play to Matt, he’s making a race of it.” 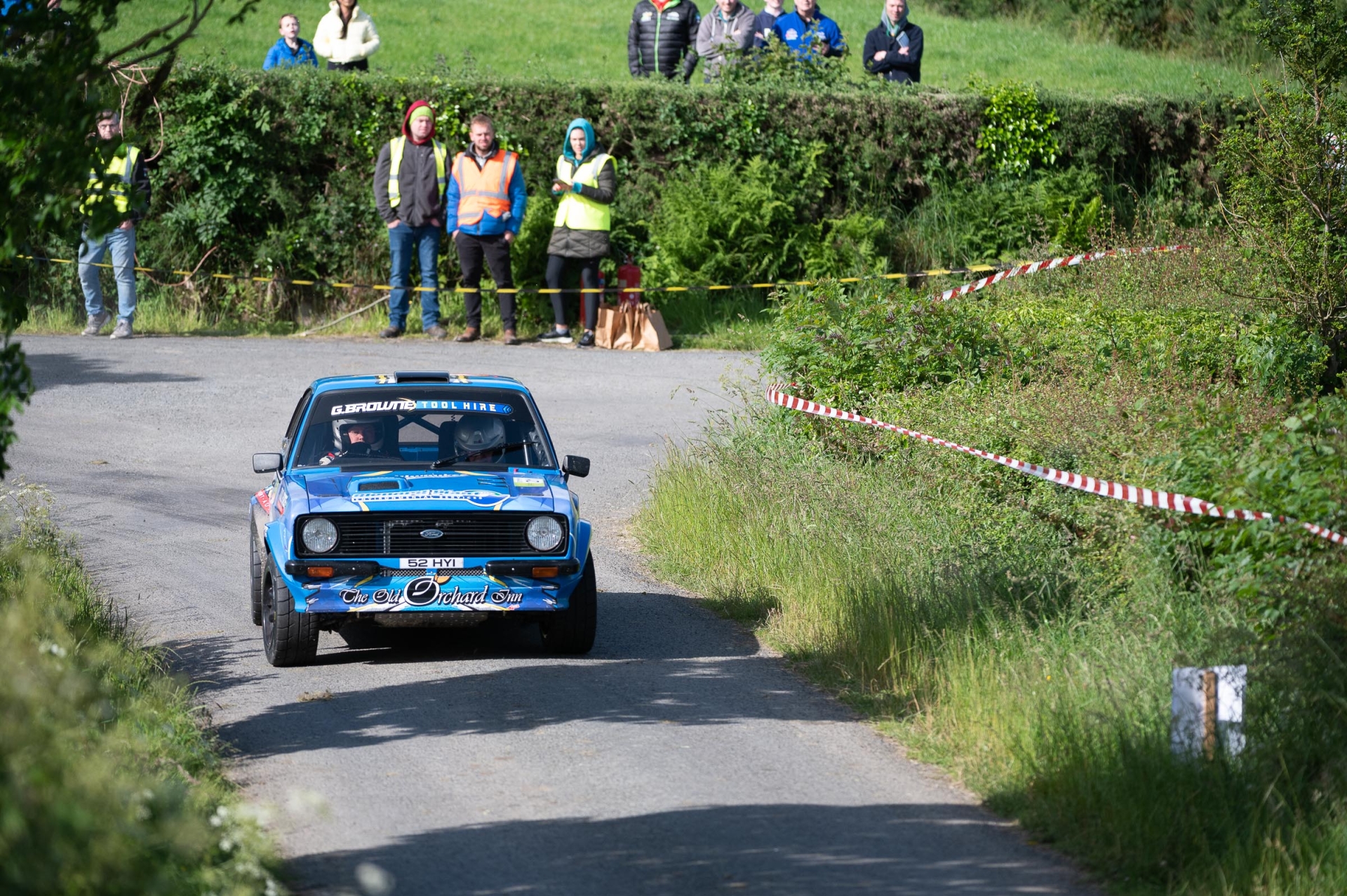 Damien Tourish who exited the rally on Saturday.

Devine had a small issue with a blowout of a booster on the car, but managed to set the fastest times over the day’s final two stages, Carnhill and Fanad Head.

Devine said: “It was important to get those two fastest, just to get another little margin.

“Matt has work to do, but an overshoot, a half-spin or a stall from us and he’d be right back at us.” 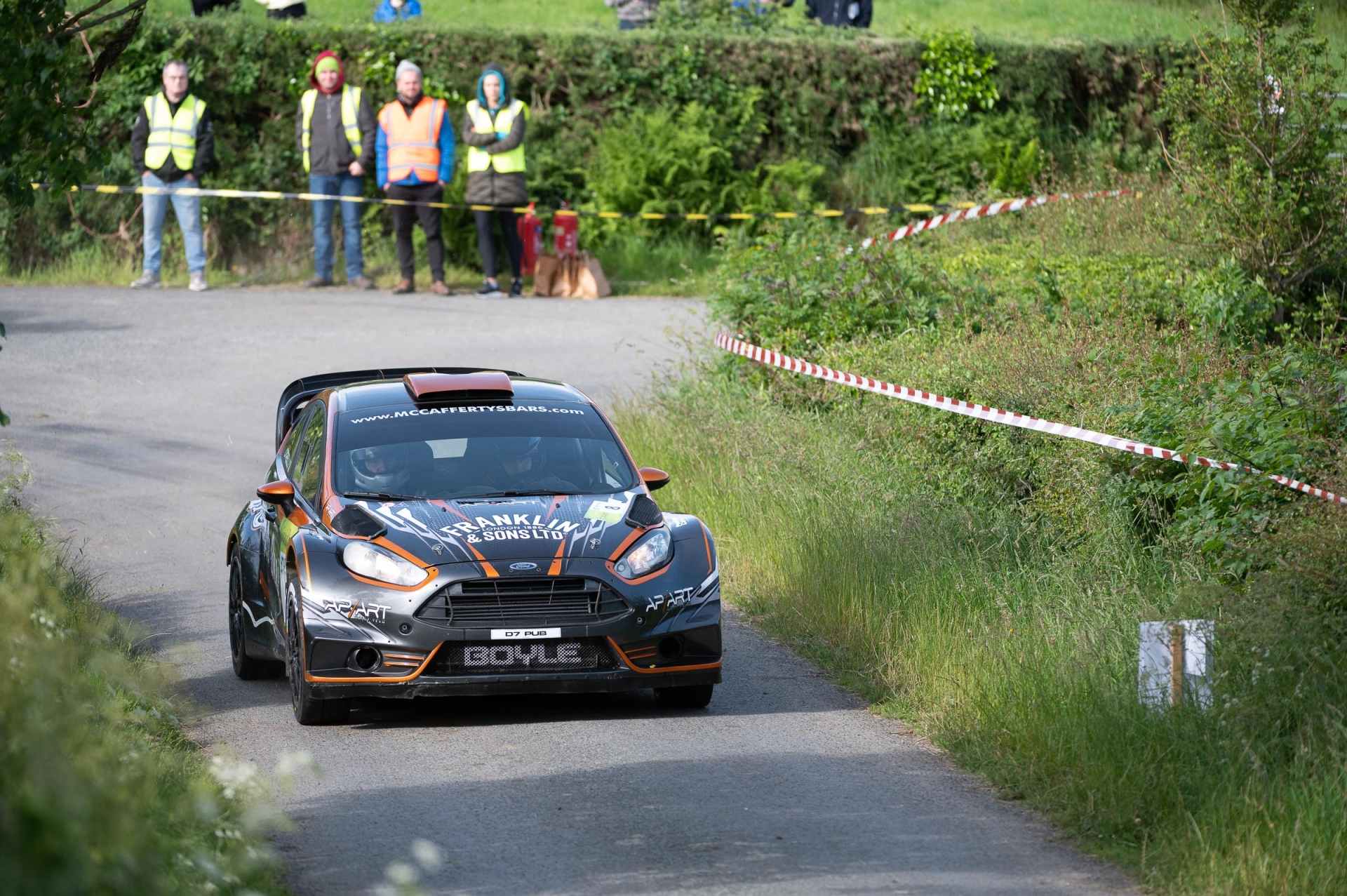 Devine, the winner of the Billy Coleman Award in 2017, says Sunday will be the biggest day in his rallying career.

“Even to lead in Donegal, that’s something I’ve always wanted to tick off,” said Devine, who has Kerryman Noel O’Sullivan calling the pace notes.”

Devine opened up a sizeable advantage with Edwards having a spin on the first loop of Knockalla.

The Fanad stage was shortened by the Donegal Motor Club due to a shortage of marshals.

However, Devine insists that the stages in Donegal are just what crews expected.

“The stages are great,” he said. “Everyone is laughing coming off the stages so that says a lot.”

Kevin Gallagher and Ryan Moore lead the way in class 14, the modified crews, in their Darrian T90 GTR and have 31.4 seconds to spare on James Stafford and Thomas Scallan, also in a Darrian.

Damien Tourish had been traveling well, having led the way in the modified section on Friday evening, but the Cloghan man exited on Saturday after rolling the Escort near the end of Carnhill. 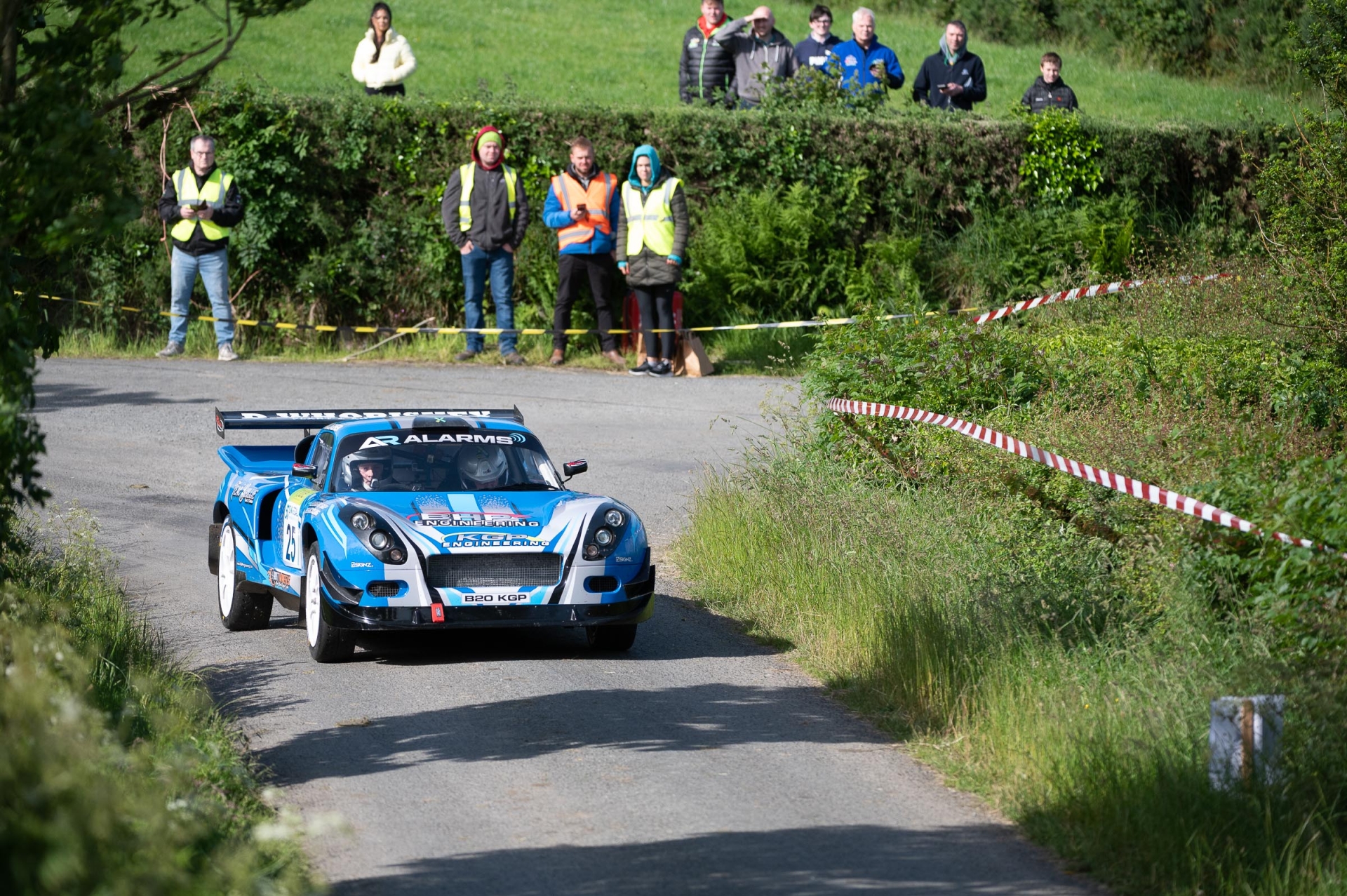 Kevin Gallagher on the move on Saturday. Photo: Clive Wasson

Declan Gallagher, in the trusted Toyota Starlet is 13th overall and third in class 13. ‘The Milkman’ is 8.3 seconds behind Joseph McGonigle and Ciaran Geaney with David Kelly and Dean O’Sullivan just outside the top ten.

Other Donegal competitors in the top 20 are Michael Boyle and Dermot McCafferty in the VW Polo (19th) with Mark Alcorn and James McNulty 20th in the Escort.

Stuart Darcy and Liam McIntyre lead class 20 while Conal Hegarty, home from Australia to compete, is out in front in class 11R.