Rainey hang on to second spot 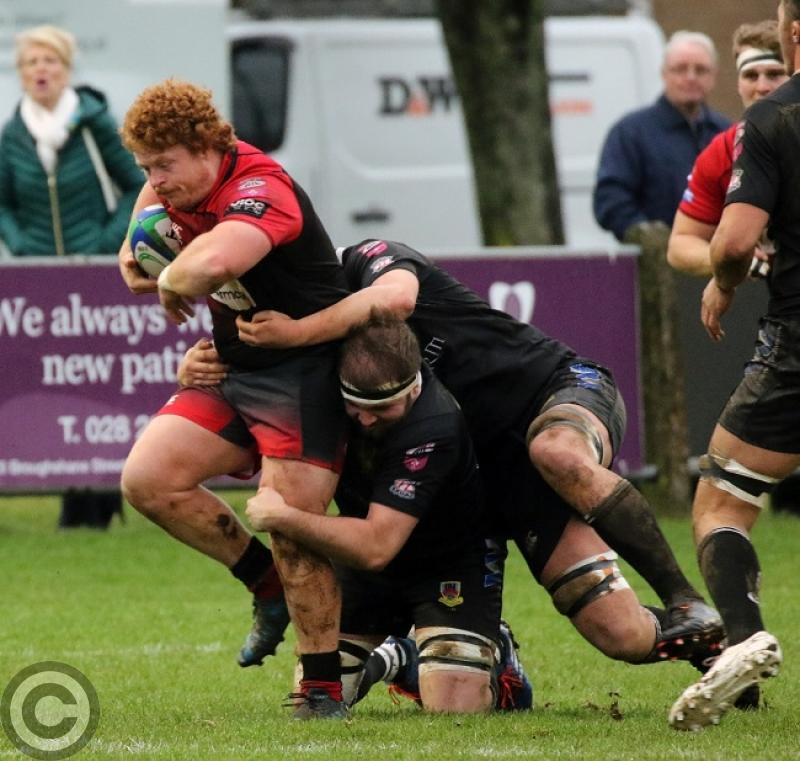 Brad Roberts in action for Rainey in their draw at Ballymena. (Pic: Charles Henderson)

A late try from Ulster player Tommy O'Hagan helped Rainey to a point against Ballymena at Eaton Park on Saturday afternoon.

Having already beaten Ballymena twice by a comfortable margin this season, Rainey Old Boys were warm favourites to come out on top.

But, despite a two-week rest, it was a lacklustre Rainey side that made too many unforced errors which the battling Braidmen cashed in on and it took a late try to salvage a 16-16 draw which keeps them in second place,only one point ahead of the chasing pack.

The result keeps Rainey in second place, a point ahead of Old Crescent and two points in front of QUB, who both won at the weekend.

Rainey host Armagh this Saturday (Jan 18) in the League Cup semi-final at 2.30.  The following week (Jan 25) they are at home to Division 2A leaders MU Barnhall.