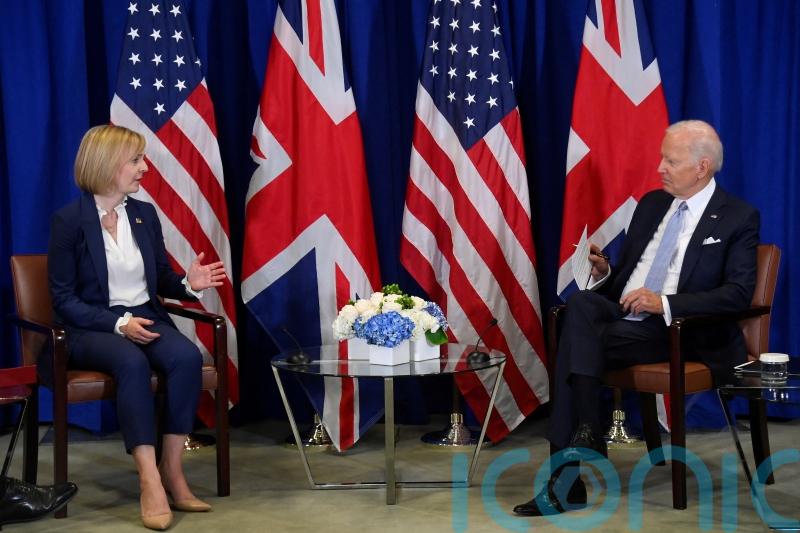 Liz Truss was working to end the row over the Northern Ireland Protocol within six months as she sought to reassure Joe Biden she is committed to upholding the peace process.

The Prime Minister held her first meeting with the US president in New York on Wednesday, after having behind closed doors talks with EU chief Ursula von der Leyen.

Ms Truss was understood to be targeting getting the Northern Ireland Executive back up and running by the 25th anniversary of the Good Friday Agreement in Easter.

British diplomatic sources eyed using a possible visit of Mr Biden to mark the signing of the peace deal to the island of Ireland to welcome him to the UK with a state visit.

Threats by the UK to override parts of the post-Brexit Northern Ireland Protocol have caused tensions between Britain and Washington.

Mr Biden told the Prime Minister he was “looking forward to hearing what’s on your mind” about the protocol when they met at a United Nations summit.

While reporters were in the room, she told him: “Of course I’m looking forward to discussing the Belfast Good Friday Agreement and how we make sure that’s upheld into the future.”

But Downing Street said the leaders only had a “very short discussion” about the protocol during a 75-minute meeting scheduled to last an hour. 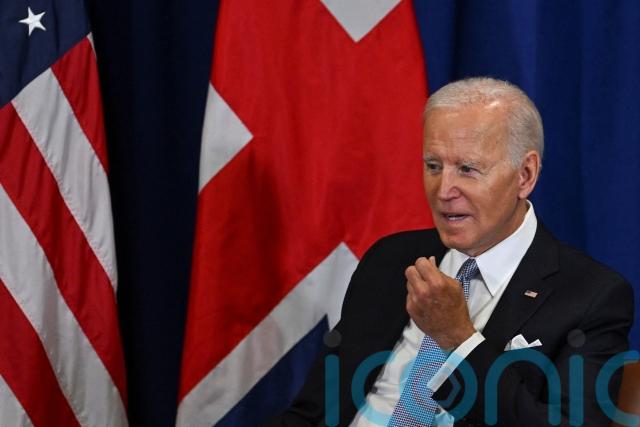 The Prime Minister’s official spokesman said the pair spoke about the protocol last after one of the president’s team brought it up and said the US president did not seek reassurances.

He characterised the tone of the meeting as “warm” and that they did not discuss a UK-US trade deal, with Ukraine instead dominating discussions.

The spokesman said Ms Truss and Ms von der Leyen, the European Commission president, met “one to one” for more than half an hour. 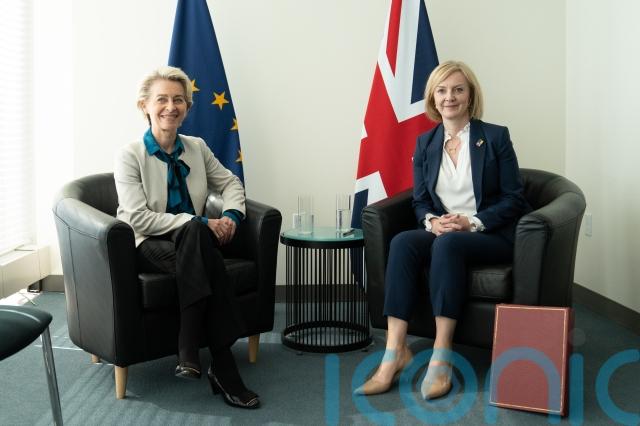 He was unable to answer questions about the meeting, including on whether there had been a breakthrough or new ideas discussed between them, because he was not in the room.

The White House had ramped up the significance the protocol would play in talks with Mr Biden, who is vocally proud of his Irish heritage, ahead of the meeting.

US national security adviser Jake Sullivan made it clear Mr Biden would discuss it “in some detail” with Ms Truss.

But instead No 10 said Vladimir Putin’s invasion of Ukraine and how the US can help on UK energy security were far more prominent in the wide ranging and “warm” discussions.

Mr Biden and Ms Truss were meeting after the president sent a tweet just as the PM was discussing her economic policy, which said he was “sick and tired of trickle-down economics”.