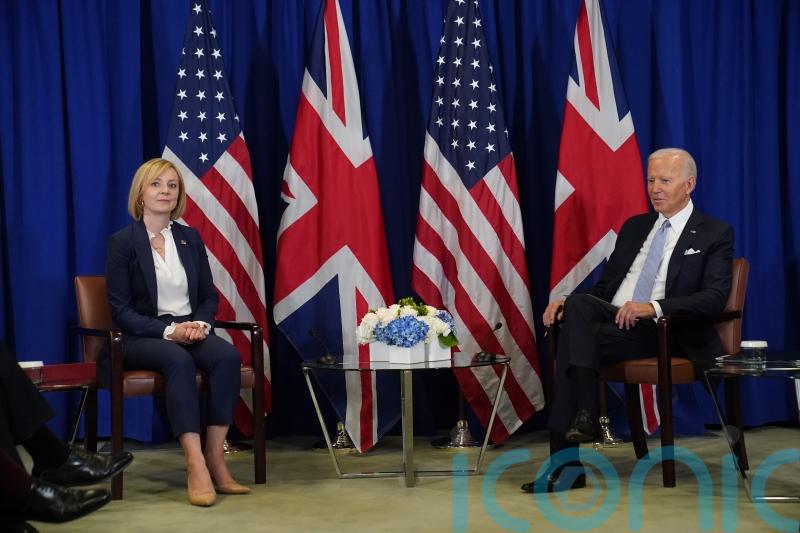 Joe Biden told Liz Truss he is “looking forward to hearing what’s on your mind” about the row over the Northern Ireland Protocol, as he said the UK remains “our closest ally in the world”.

The Prime Minister sought to reassure the US president by telling him in New York how she would be explaining how the Good Friday Agreement would be upheld.

The leaders made the remarks as they sat down to talks also centring on the Russian invasion of Ukraine and the energy crisis it has provoked.

Earlier in the day, Ms Truss also discussed the post-Brexit agreement to prevent a hard border on the island of Ireland with EU chief Ursula von der Leyen. 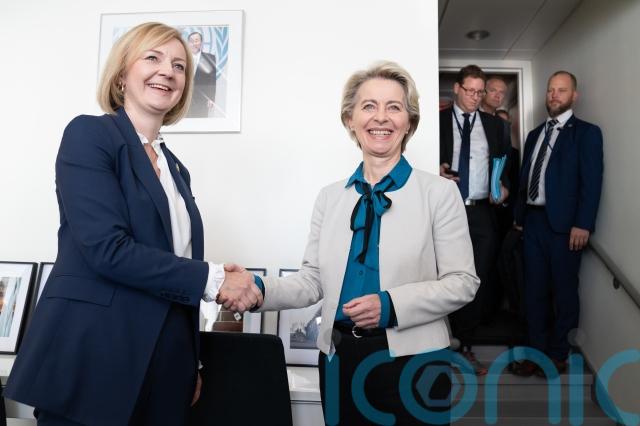 In opening marks at the top of their meeting, the US president told Ms Truss: “We are both committed to protecting the Good Friday Agreement of Northern Ireland.

“And I’m looking forward to hearing what’s on your mind.”

He congratulated her on becoming Prime Minister, adding: “I look forward to working closely with you. You’re our closest ally in the world and there’s a lot we can continue to do together.”

Ms Truss told the president the UK and the US are “steadfast allies” as she thanked him for his support following the death of the Queen.

“Of course I’m looking forward to discussing the Belfast Good Friday Agreement and how we make sure that’s upheld into the future,” she added. 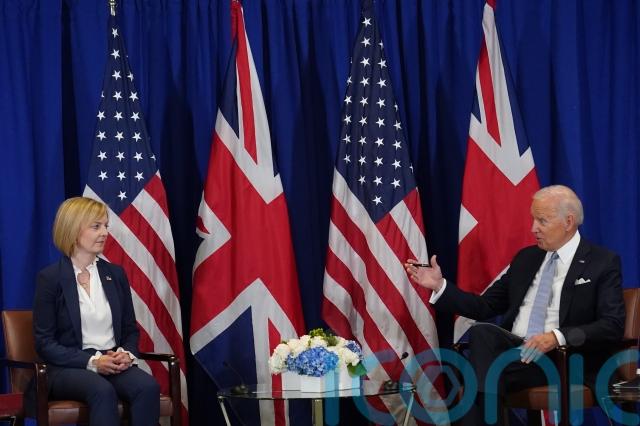 “We also want to talk about energy, which understandably is of significant consequence to all of Europe and the United Kingdom in particular,” he added.

Questions, including on the protocol, were posed to them by reporters as they were ushered out of the room for their meeting to begin.

Both leaders remained seated and silent, Mr Biden with a straight face and Ms Truss smiling.

US national security adviser Jake Sullivan made it clear Mr Biden would discuss the protocol “in some detail” with Ms Truss.

Mr Sullivan told reporters the president “will encourage the UK and the European Union to work out an effective outcome that ensures there is no threat to the fundamental principles of the Good Friday Agreement”.

British ambassador to Washington Dame Karen Pierce said Ms Truss would be explaining her plan for Northern Ireland to the president.

“I think the president and the Americans have some understanding that trade disruption is not helpful in the context of bringing communities together,” she told broadcasters.

Mr Biden and Ms Truss were meeting after the president sent a tweet just as the PM was discussing her economic policy, which said he was “sick and tired of trickle-down economics”.