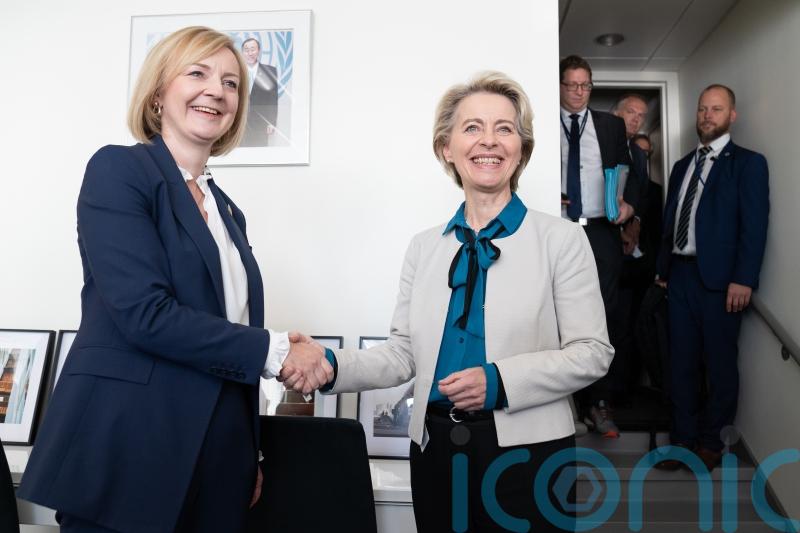 The Prime Minister also discussed Vladimir Putin’s “failing” invasion of Ukraine with the European Commission president at a United Nations summit in New York on Thursday.

The pair condemned the Russian president’s partial military mobilisation as a “sign of weakness” as they redoubled their commitment to support Ukraine for “as long as it takes”.

Ms Truss will go on to meet Joe Biden at the UN General Assembly, with the White House saying he will urge her to find a negotiated solution to the protocol row with the EU.

Ms Truss told the EU chief “it’s very nice to see you” as they met, before the European Commission president nodded and smiled in response.

After the talks, they released a joint statement saying the pair “strongly condemned Russia’s actions in Ukraine and agreed that Putin’s recent calls to mobilise parts of the population were a sign that Russia’s invasion is failing”.

“They also discussed UK-EU relations including energy, food security and the Northern Ireland Protocol,” it added. 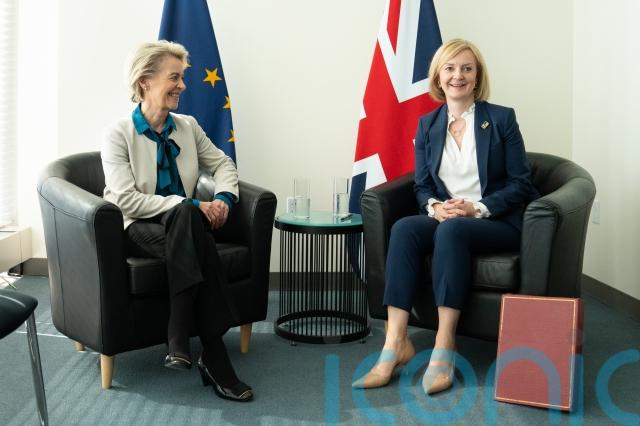 Ms von der Leyen tweeted that it was a “good discussion” with Ms Truss on “EU-UK relations and Russia’s invasion of Ukraine”.

Ms Truss had declined to discuss the protocol with France’s Emmanuel Macron a day earlier.

But US national security adviser Jake Sullivan made it clear Mr Biden will discuss it “in some detail” with Ms Truss.

Mr Sullivan told reporters the president “will encourage the UK and the European Union to work out an effective outcome that ensures there is no threat to the fundamental principles of the Good Friday Agreement”.

Mr Biden and Ms Truss will also meet after the president sent a tweet just as the PM was discussing her economic policy, which said he was “sick and tired of trickle-down economics”.

Mr Sullivan accepted Ms Truss’s prediction that a comprehensive US-UK trade deal, which Brexit supporters touted as a major prize of leaving the EU, is years away.

Ms Truss had told reporters: “There aren’t currently any negotiations taking place with the US and I don’t have an expectation that those are going to start in the short to medium term.”

Mr Biden was meant to hold talks with the Prime Minister in the UK during his visit to attend the Queen’s funeral, but they were delayed until Ms Truss’s US trip.